What felt endless so
Short a time ago, now draws
To a final close.

Waking up not so very bright nor so very early, we rolled out of the hotel at about 9am. It was a hard thing to make ourselves shimmy back into our still-soaked jeans, although at least our jackets and shirts had dried out and we had fresh underwear and socks to apply. The wind on the bike evaporated water off our clothes, chilling our legs and nether regions into sadness. We promised ourselves a decent breakfast, but the only “restaurant” we saw on our route was a Tim Horton’s. We stopped and got bagels. 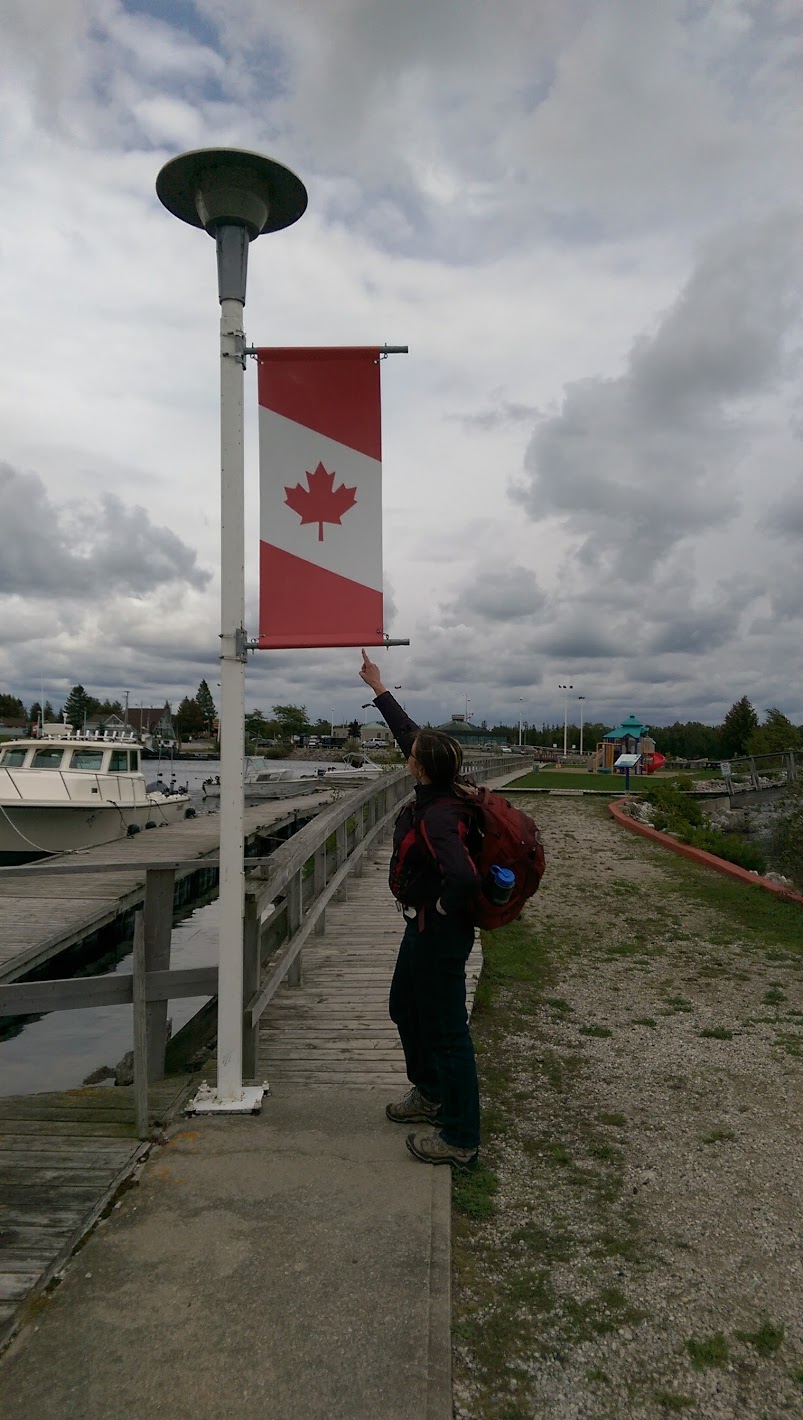 As we sat there, we reminisced about the trip that was somehow already coming to an end. Yesterday was hard, by far the coldest and wettest day we’ve ridden, but the overall trip is filled with warm feelings and happy memories. It’s hard to believe today was our last day. As we gave in to nostalgia, we got one last chance to enjoy the incredulous looks people give the Emperor in his decked out state. One fellow walking by in the parking lot turned around no less than four times as he walked by, as though unconvinced he’d seen properly.

The overall ride today was short and rather pleasant: though the clouds threatened to open on us again, they didn’t, and we made Niagara-on-the-Lake in about an hour via the lakeshore. Just across the lake, we can already see the city where we’ll be, soon enough, living.

Evan’s mom welcomed us as we arrived, and spent a non-negligible amount of time fawning over our scooter and how funny it looked. She very kindly cooked us some breakfast as we loaded our soaked and stinking things into the laundry machine.

And here we are. The end! We’ve just go to figure out what to do now…!