Vespa racing, storms
Behind, a dry tent awaits
At a calm lakeside.

The morning started out rainy: hardly encouraging for a day we want to ride out. We wished Fred a good first day back at his job, then sent messages to a few CouchSurfing hosts in Waterloo (hopefully we can find someplace to stay there!), and went out for breakfast with Patricia. Walking around there with her was pretty fun, since she seems to know nearly everyone in town. We got to meet her daughter, Naila, who originally got her interested in CouchSurfing, as well as a fabulous friend of hers who works as a barista at the local coffee shop, and even the folks sitting a table away from us at the breakfast place knew her and chatted a bit.

As we ate breakfast, we listened to rain hammering on the windows of the restaurant. Evan had Canadian bacon. We put down our American debit card to pay for breakfast, and it was the last time! The sky knew it, and the storm was broken. 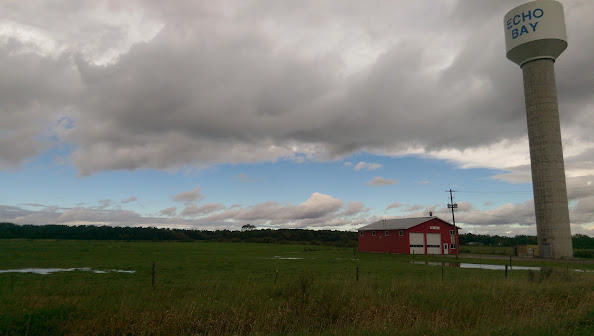 Patricia headed off to work, and we promised we’d stop by there on our way out to say goodbye. A short walk found us at Scotiabank, where we have an account from the last time we lived in the Great White North. We walked in and within a few minutes had new fancy cards, all decked out with PIN chips, wave to pay, and the whole shebang. Unlike our old Canadian debit cards, these also have the VISA logo on them, so they can be used to pay online (I found it really weird that our old ones couldn’t be). We packed, said goodbye to Fred’s little dog, Willie, and scooted over to Patricia’s shop to bid her farewell, too. It sounds like we should get to see her again in Toronto. :)

We rolled out over rain-slick roads, and our path took us through a First Nations (“Native Americans”, in the US) reserve. It was a pretty friendly place, with several folks waving at us as we drove by, but a bridge caught our eye: 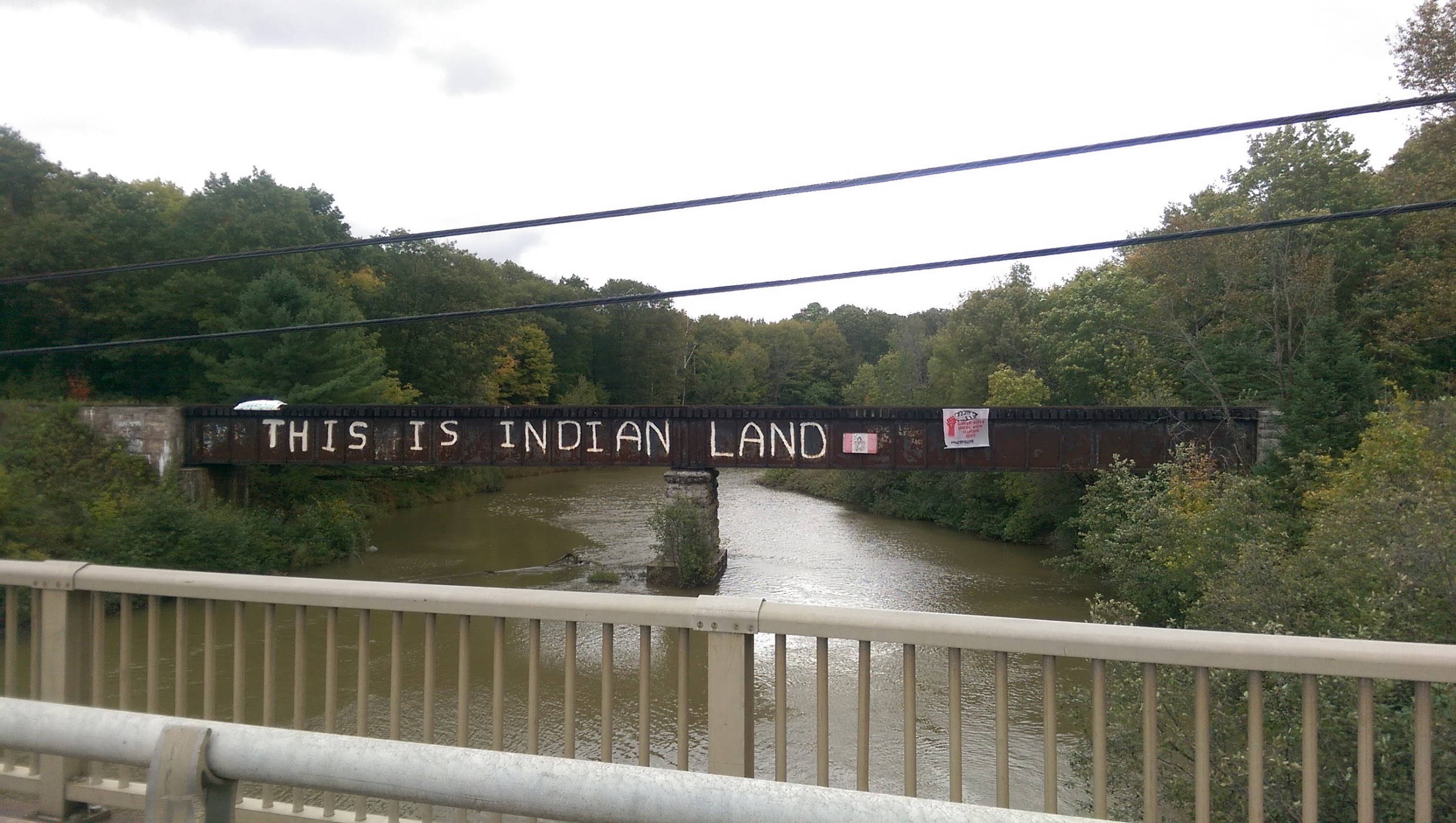 To the right is a little sign saying “We stand with Standing Rock”. I had to do a bit of research on that to know what it was about, and apparently we came quite close to it on our trip through South Dakota. Evidently some private company is trying to build an oil pipeline through a reservation, and the Native Americans there are not having it. Evidently this is a Big Deal in the news… it’s weird to be so out of touch with events. I guess I’ve usually just gotten my news from friends, but with little contact with any of them, I just haven’t been hearing these stories.

That was something to chew on. But the ride was stunning. Unlike the last several days, which have led us through hundreds of miles of National Forest (which, I can tell you, all looks pretty much the same), this ride brought us along the lakes, through the woods, over hills, into farmland, along the Canadian Shield (Evan tells me these are “really old rocks, some of the oldest”), and eventually down into Espanola, a town of about 5500 people off the Canadian mainland and on one of the islands in Lake Huron. 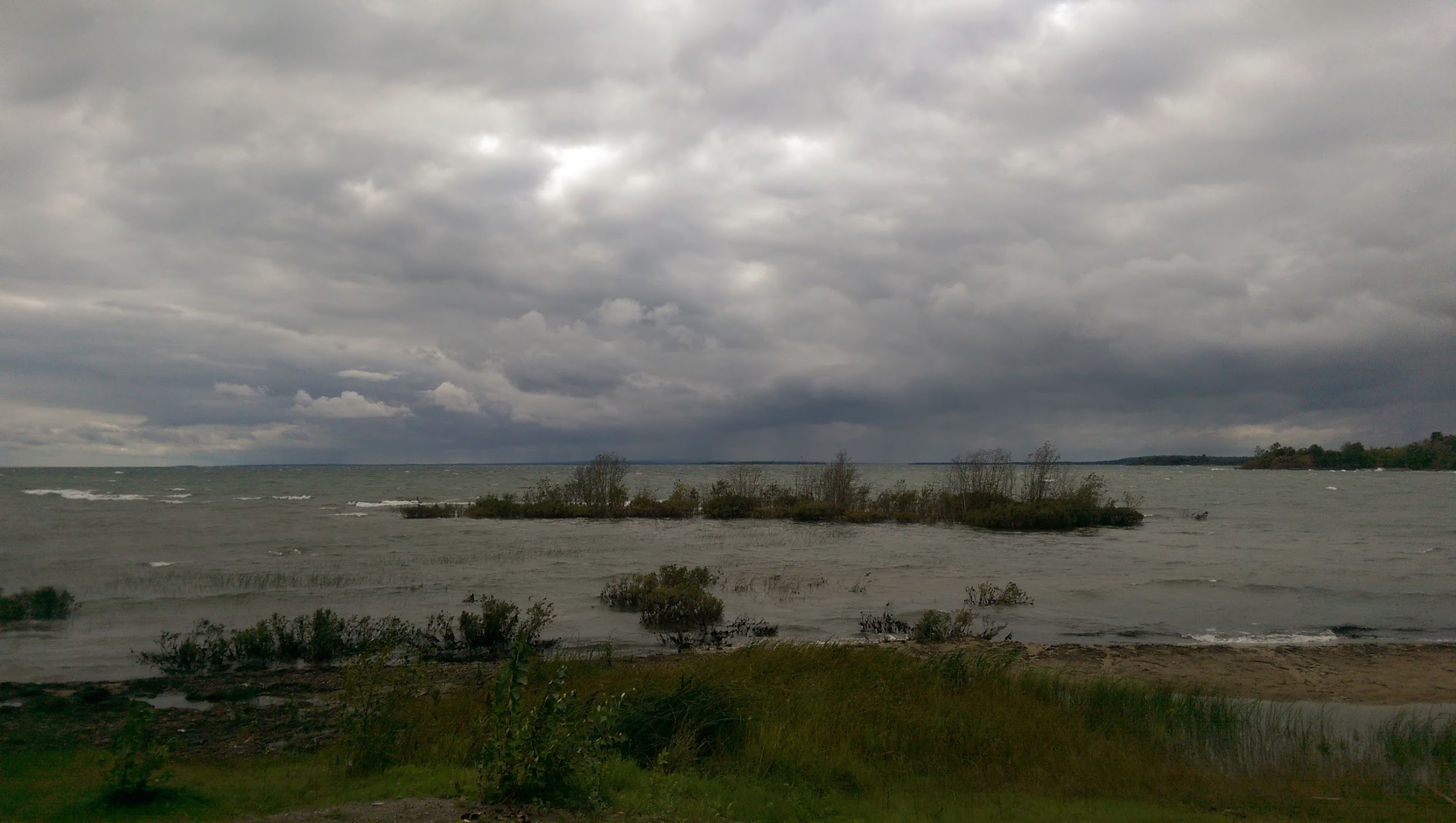 Our campsite tonight is alongside a lake inside the island inside the lake. We’ve been watching the storm rolling in from behind us: we’ve managed to stay just ahead of it all day. 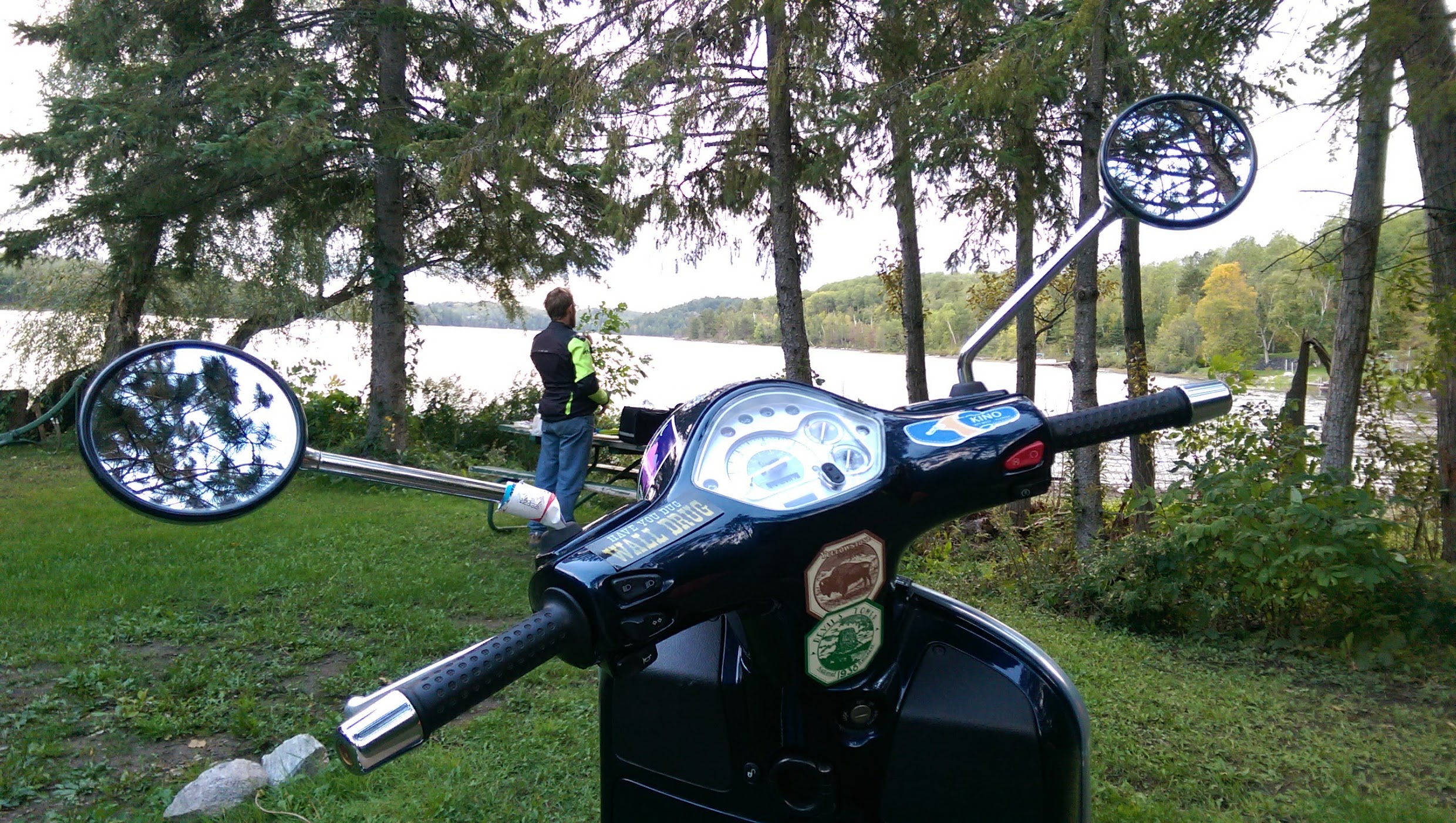 Dinner was a gnocchi “device”, as described by Evan, which included mushrooms, onion, goat cheese, and sage. We managed to get everything washed and battened down before the rain found us. Now it’s hammering on our tent, and we’re reading more Doc Savage. What a great evening!