Today takes us from one lakeside campground in Wisconsin to another, and one more day closer to the border!

We strike camp and head back into Radisson to fuel up, as some quick map-checking suggests we might run out of gas if we head north across Lake Chippewa. In more remote areas, this becomes a real concern. Even though we get really great fuel efficiency (70 mpg!), our tank only holds about 1.5 gallons, meaning the effective range of the Vespa is about 100 miles.

The men’s restroom in the Radisson gas station has an eerie purple light. We’re not sure why.

These roads through Wisconsin are unusually monotonous, which is saying something for a trip that involves crossing the Great Plains. The difference is that while the Great Plains roads at least offered expansive views, up here the roadside view is limited to a tree-lined tunnel that seems to weave and bob forever.

Turns out rural northern Wisconsin has the BART as well. It’s probably more reliable than the BART back in San Francisco: 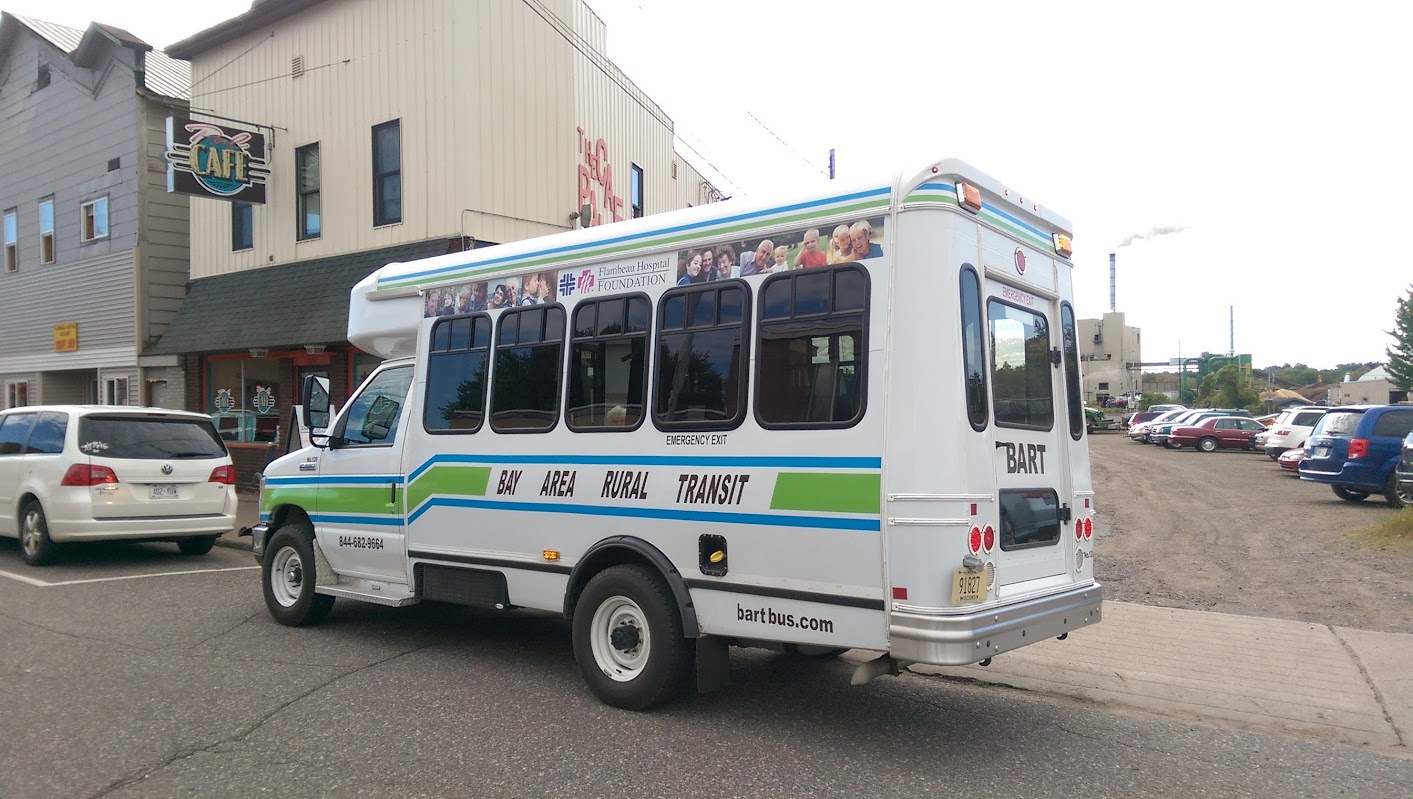 We grab some auxiliary breakfast at the café in the background there. Afterwards, on our way to the post office we’re approached by a man seated on one of those big tractor-like lawnmowers wearing an orange vest: turns out our scooter is the talk of the town, and he wants to know more about our trip! As we share some tales of our cross-country adventure, we can’t help but notice this historical mural featuring prominent residents past (and possibly also present):

Further down the road in Woodruff, we happen upon an awesome deli with fish, meat, and cheese galore: 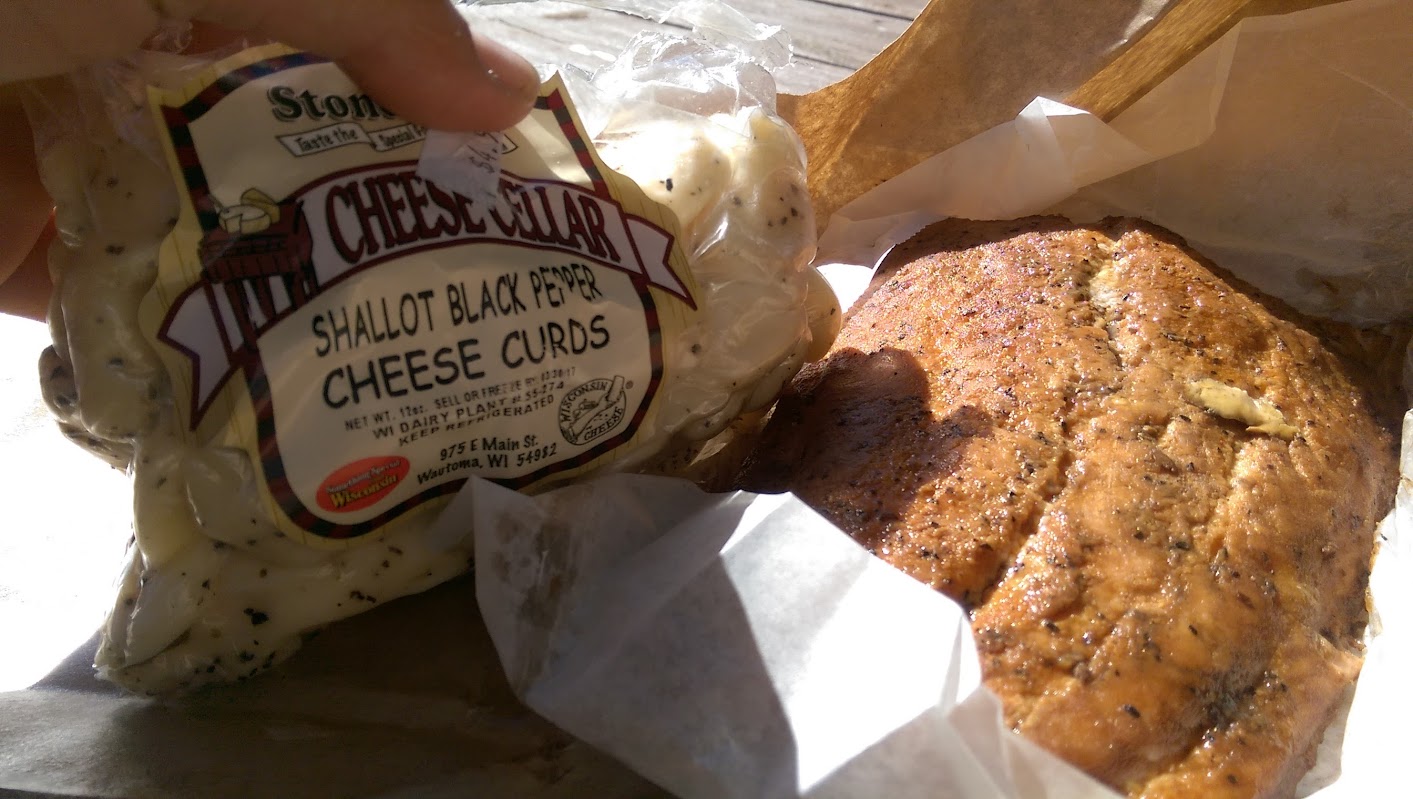 There’s also a fantastic produce stand featuring local produce. We stock up for lunch and dinner, taking the former just down the road before St. Germain at the Snowmobile Hall of Fame: 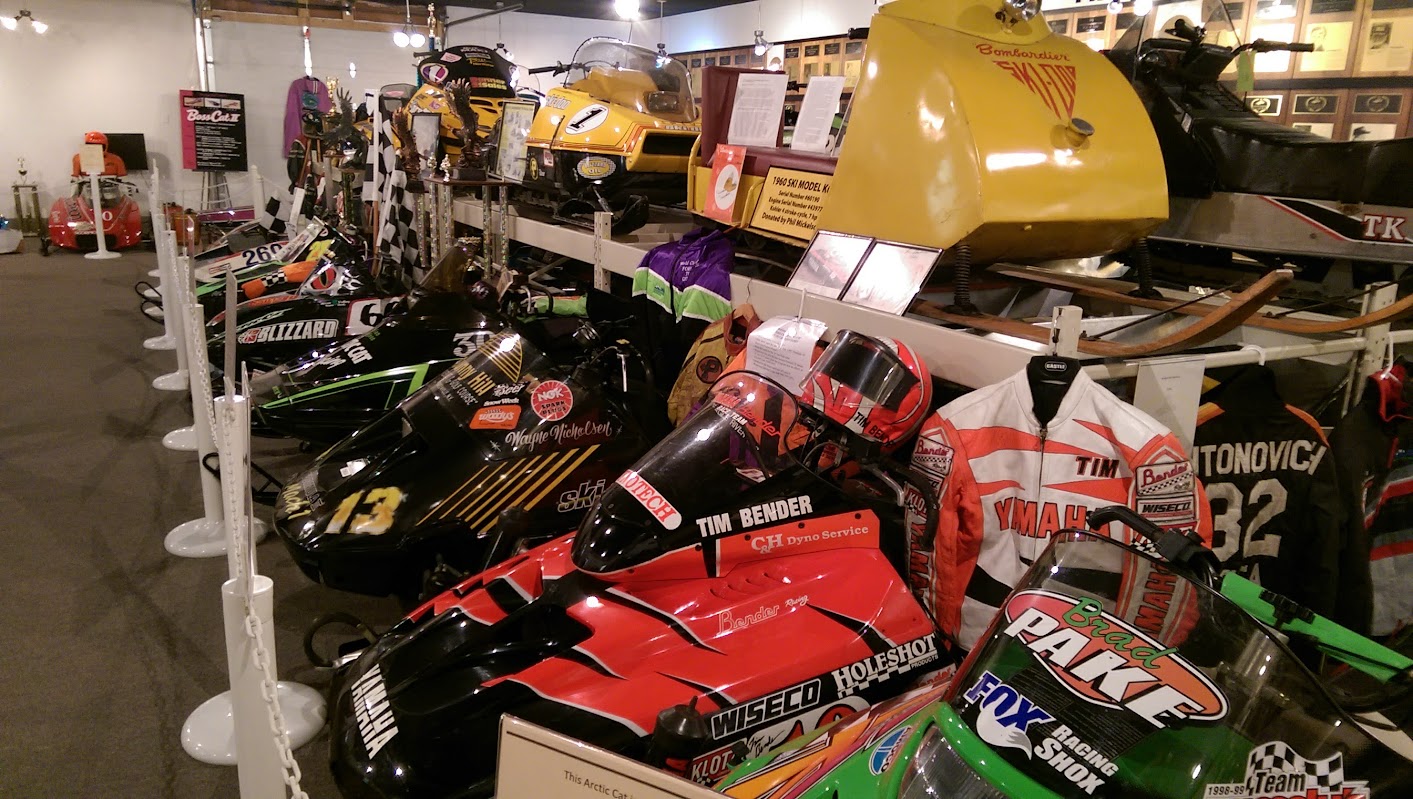 We had no idea this was here, except that it was marked on our map. Apparently there’s a famous annual cross-country snowmobile race in this area - which makes sense, considering that we’ve been seeing snowmobile routes by the side of the highway ever since crossing into Minnesota. True to its name, the Hall of Fame has a wall at back honoring preeminent racers, engineers, and popularizers of the sport from around the world: 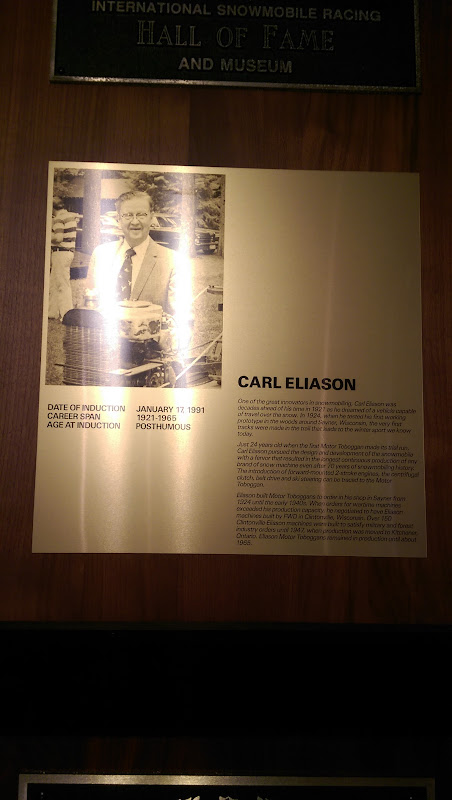 This preposterous device has a toggle that switches between “drive” and “blend” modes, perfect for those mid-winter margarita cravings: 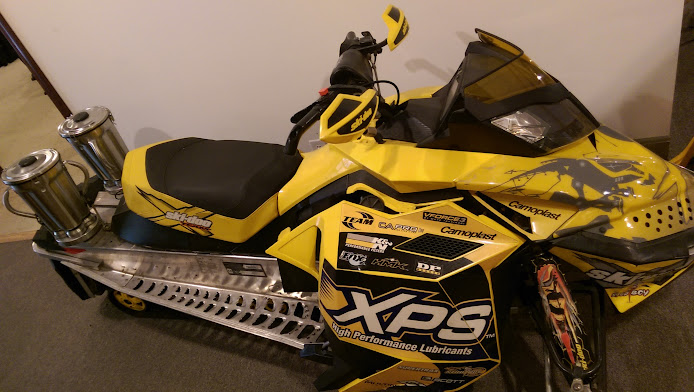 From there, it’s on to another campground just out of Eagle River. There’s plenty of lakeside camping in these parts - in fact, you’d be hard-pressed to find a campground that isn’t on a lake. This campground has packed-sand roads, which make for some fun driving (especially where they’re wet and mudlogged from recent rains)!

Tomorrow we cross into our last state: Michigan! From there, we’re but a short distance from the border…