Another day in Minneapolis! This is the largest city we’ve visited on our trip by far, so it would seem remiss to not stay another night, see some of the sights, and rest up before heading onwards into the remote north of Wisconsin and Michigan… 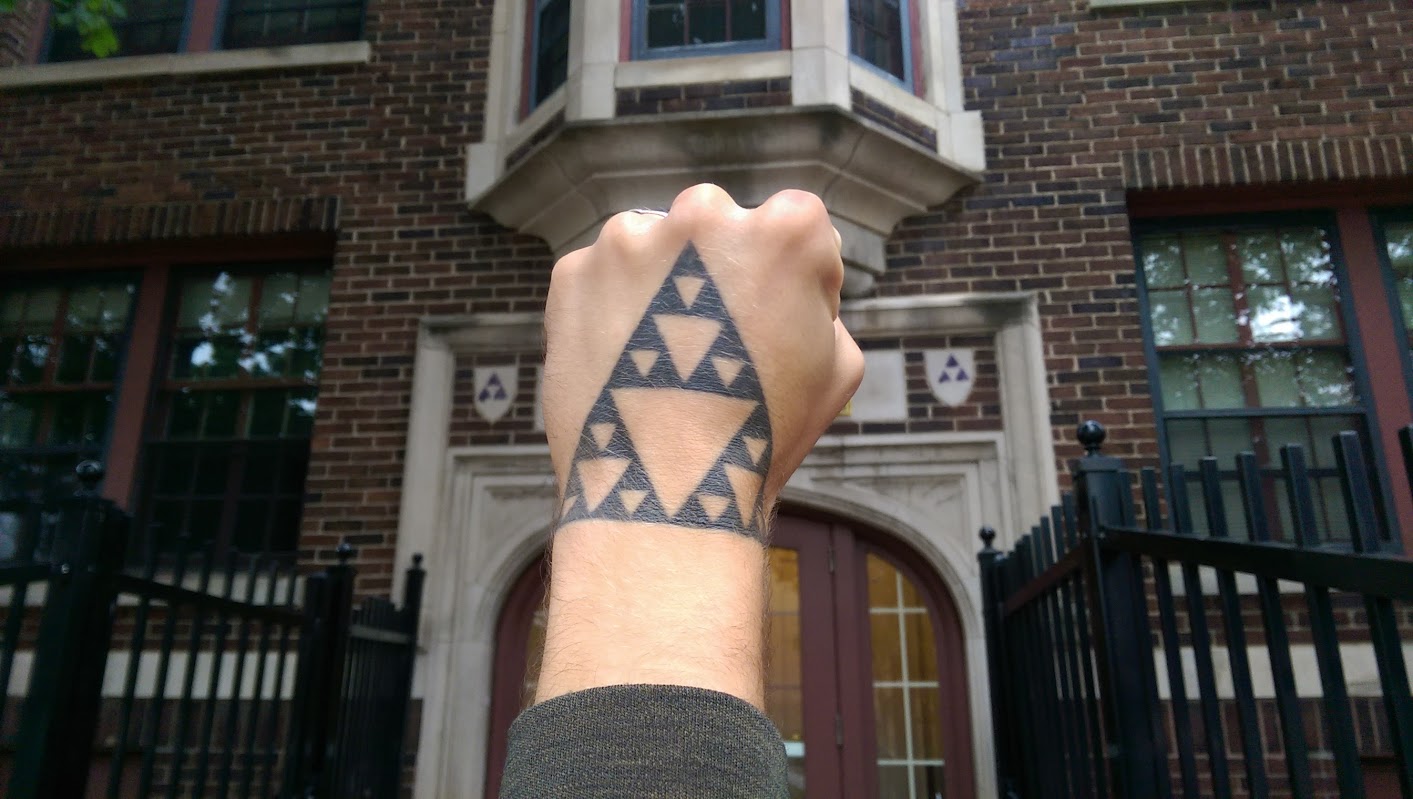 …but first, before any of that exciting stuff, real life logistics! Laundry, a new set of pants for Valkyrie, some groceries (at Wedge, which we find out has an actual supermarket a few blocks further away from the hostel…)

Logistics completed, we chow down on the leftover shepherds’ pie from last night before hopping on transit to head over to the Mall of America. Minneapolis-St. Paul has a pretty excellent transit system, it turns out, with busses and light rail every 10 minutes and a cheap ($2.25 during commute hours, $1.75 otherwise) single multi-modal fare that is good for 2.5 hours. Yay transit! On our way, we pass by the airport and the Unorganized Territory of Fort Snelling. “Unorganized Territory” brings to mind people in funny period costumes running around foolishly, but it really just means any area without a formal local government.

An hour later, we’re deposited into the bowels of the Mall of America, from where we wind our way through parking lots and hallways and up stairs and over walkways until we reach the Mall itself:

Yeah, it’s big. You have to be big to call yourself the Mall of America. We hop up to the top floor and start working our way around, mostly just absently looking until we find an awesome cheese shop with cheese in just about every flavor known to humankind. There’s orange peel jack and smoky BBQ jack and ghost pepper jack and stout beer jack - and also morel leek jack, which sounds way too delicious to pass up.

From there, we catch Kubo and the Two Strings at the in-mall movie theater, which has something like 16 screens. Plot-wise it’s a fairly standard children’s movie, but it is notable for the use of clay and paper modeling to build all the scenes and characters. (Slight spoiler: there’s even a quick time-lapse of their modeling and animation process during the credits, so don’t walk out early!)

We then descend into the central courtyard of the mall, which is itself the size of several city blocks and contains a Nickolodeon theme park: 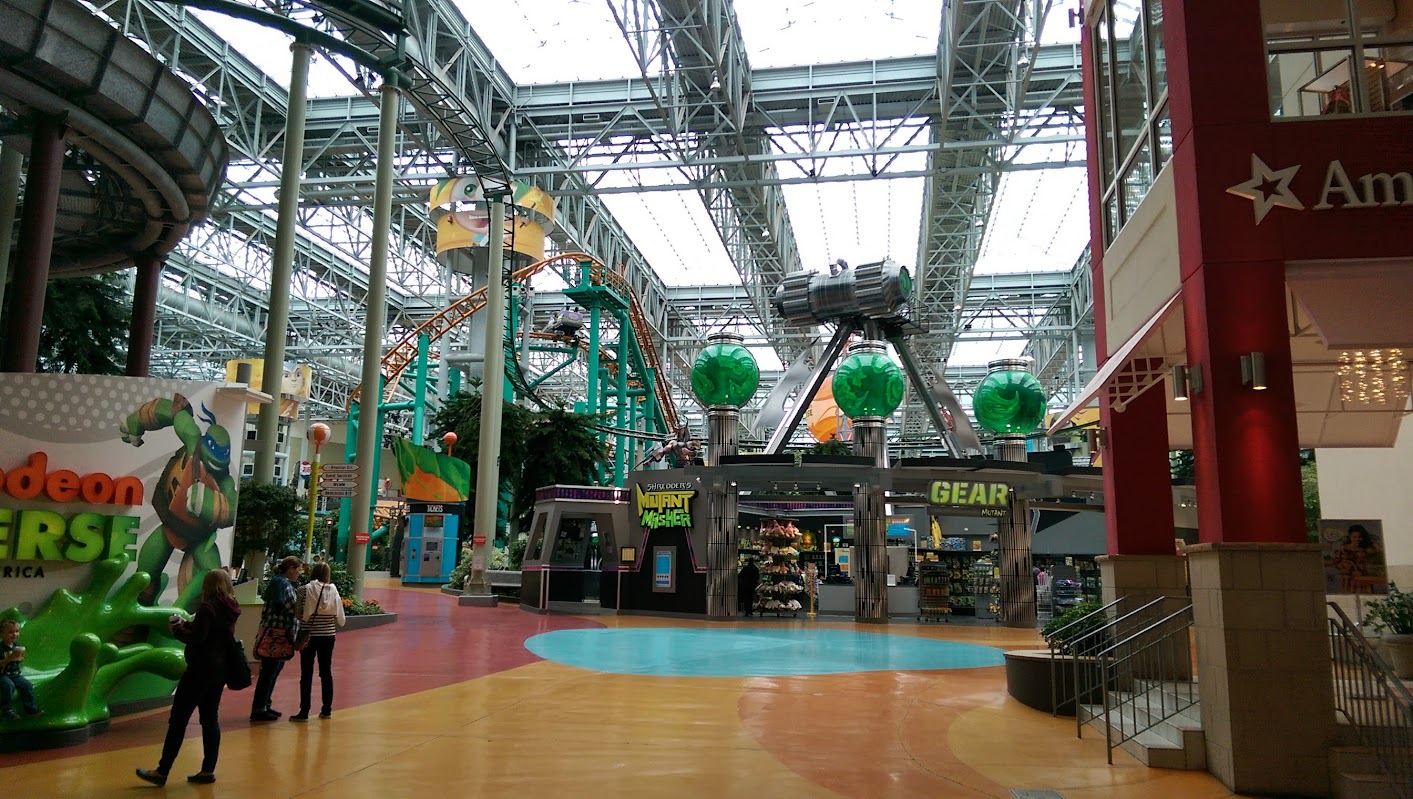 This is also too absurd to pass up, so we get some ride tickets and soon find ourselves whipping around on this coaster whose cars spin around as they move down the tracks. The operator is nice enough to let us ride a second time for free, so we get to experience the same ride from different seats :)

It’s Valkyrie’s turn as head chef tonight, and she concocts an awesome dish of baked squash stuffed with shiitake mushrooms, tempeh, a couple other vegetables, cinnamon, and mustard seed and topped with the aforementioned morel leek jack. This is all served with a quick side salad of dressed greens. Yum!

Over dinner, we start up a conversation with two of the other hostel guests. One is an art history major moving from Victoria (on Vancouver Island in British Columbia) to Toronto (and she might start playing Jugger with us! If any of the other Juggers moving to Toronto from Halifax are reading this, welcome Sam Roberts to our future team). The other is a gender studies student from Denmark looking for a position in the US. After dinner, the four of us head outside in search of drinks. We just visited Lakes and Legends yesterday and found it to be really, really tasty, so we recommend that.

Our walk over is illuminated by bright flashes of lightning that fill the sky. These give way to a light rain that quickly builds into a downpour, and before you know it we’re running down the last couple of blocks to the brewery…

…which is closed for a private event! We huddle under the awning, dripping water from every last scrap of clothing as the rain beats down on the pavement and pools in the streets outside. Sam’s phone is buzzing with flash flood warnings, which sounds ominous. As we finish cursing and start figuring out what to do next, one of the ladies attending the event takes just enough pity on us to let us stand inside (but not, unfortunately, enough pity to let us order beer!) Dejected, we finally resolve to run through the still-pouring rain another couple of blocks to a nearby pub, where we grab some less tasty beer. (Not that it’s not good beer, but Lakes and Legends is really good…)

It’s a 15 minute walk back to the hostel, which we strategically time for a break in the rain. The timing pays off, mostly, and we all arrive back wetter but happier for our trouble. For our part, we’re wondering if we’ll be able to continue tomorrow. Will the roads be flooded? Will it still be pouring down rain? There’s no way to know for sure; all we can do is wake up and find out…