Mercifully, there were no mosquitoes with us in the tent last night. We awoke after a not totally unreasonable night of sleep, if you ignore the freight trains that came rocketing through every two hours or so.

We bade farewell to the fellows from Vermont (not sure if Evan will mention them in his post; we ran into some chaps yesterday who were pushing their car along and we offered to help; turns out they are driving VT to CA in their car which has a cracked engine block, and they forgot to put coolant in it that time) and rolled out. Today’s first adventure was, as quickly as possible, figuring out how to keep our bags from detaching from The Emperor. They have a “quick zip” feature which allows them to be removed via zipper, but it turns out that this is more of a liability than an asset when all you really want is for them to stay on the damn scooter for 5000 miles. The zippers are weakening, and the cooking back in particular keeps popping off. We’ve taped the zipper together for now (thank you, Duck Tape), but it’s unclear how long or well that will work. :-/

We were feeling the time pressure as soon as we woke up, as we’d heard that storms were rolling in. We could see them beginning to pile up behind us as we tried to push our way north and east: towards Minneapolis. 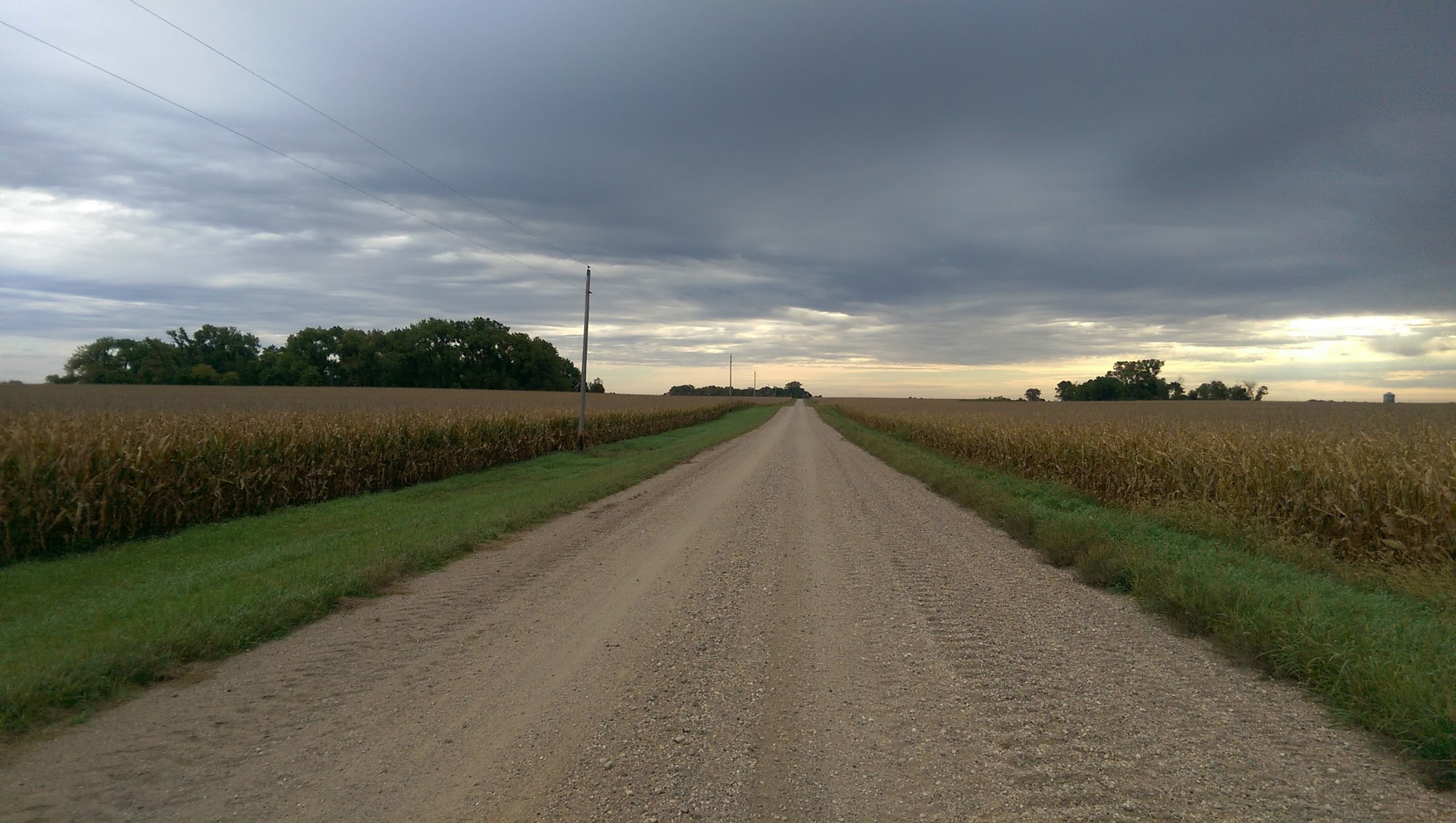 But, perhaps not surprising to anyone from a two-season place (“winter” and “construction”), we also ran into a series of detours due to road construction. Three separate detours on our 150 mile trip to Minneapolis! Madness.

More cheerful than getting stuck by road detours, we noted a cool feature of this very-snowy-in-winter place: an entire parallel road network for snowmobiles. Alongside all the minor highways we were taking, we saw tiny stop, yield, turn, caution, etc., signs, hung for snowmobilers heading along those routes during the winter time. There was a large grassy patch cleared on each side of the asphalt to accommodate the machines. Definitely not something one sees in California.

We managed to get ahead of the storm, but played hide and seek with it for a bit. Each time we’d stop, it would catch up to us and we’d begin to feel drips of rain on our shoulders, and to see them on our helmets. Then, as we’d pull out, we’d get ahead of it into a dry area.

As a side note, you should go look at the town of Cosmos, MN, on Google Maps, and appreciate the street nomenclature there.

We finally achieved Minneapolis, and pulled into the hostel—a converted Victorian mansion. The space is really charming (and the pricetag was a bit steep, though it’s literally the only hostel in Minneapolis so we can’t complain much). We stepped out for a walk, and enjoyed a delicious and very late lunch at the amazing Hell’s Kitchen. 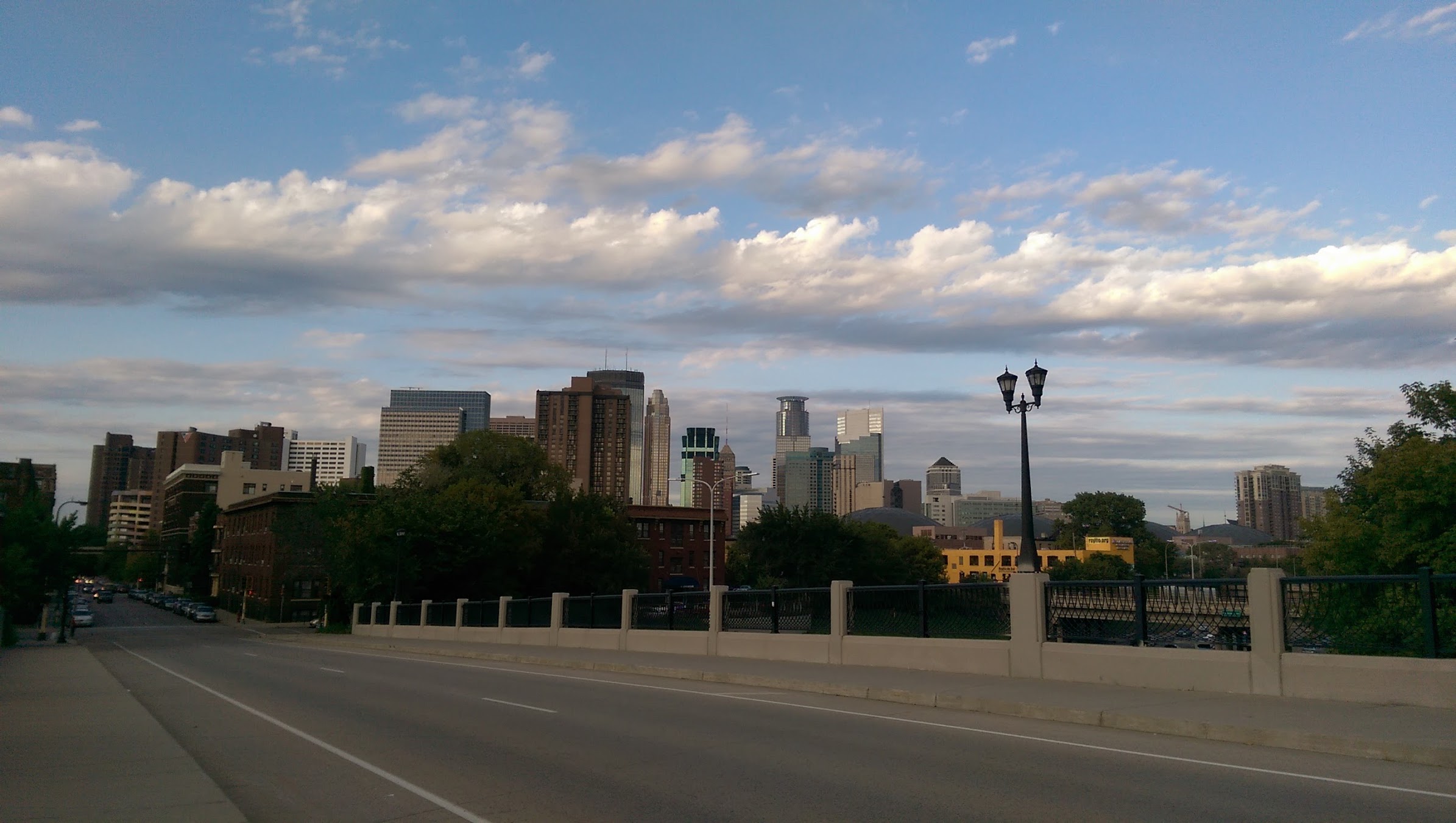 Stomachs full, we rolled out towards the Minneapolis Sculpture Garden, one of the only things I remember from my long-ago trip to the city. En route, we paused for a stroll in one of the many parks the city has to offer (did you know that Minneapolis had the first municipal park system in the world? the city owns all the waterfront of the rivers and lakes, and they even stock lakes in ponds with fish so that people can fish in their neighborhoods. it’s really awesome.), and discovered a community yoga class! We took in their “Gentle Yoga” offering, which constituted an amazing 45-minute stretch. 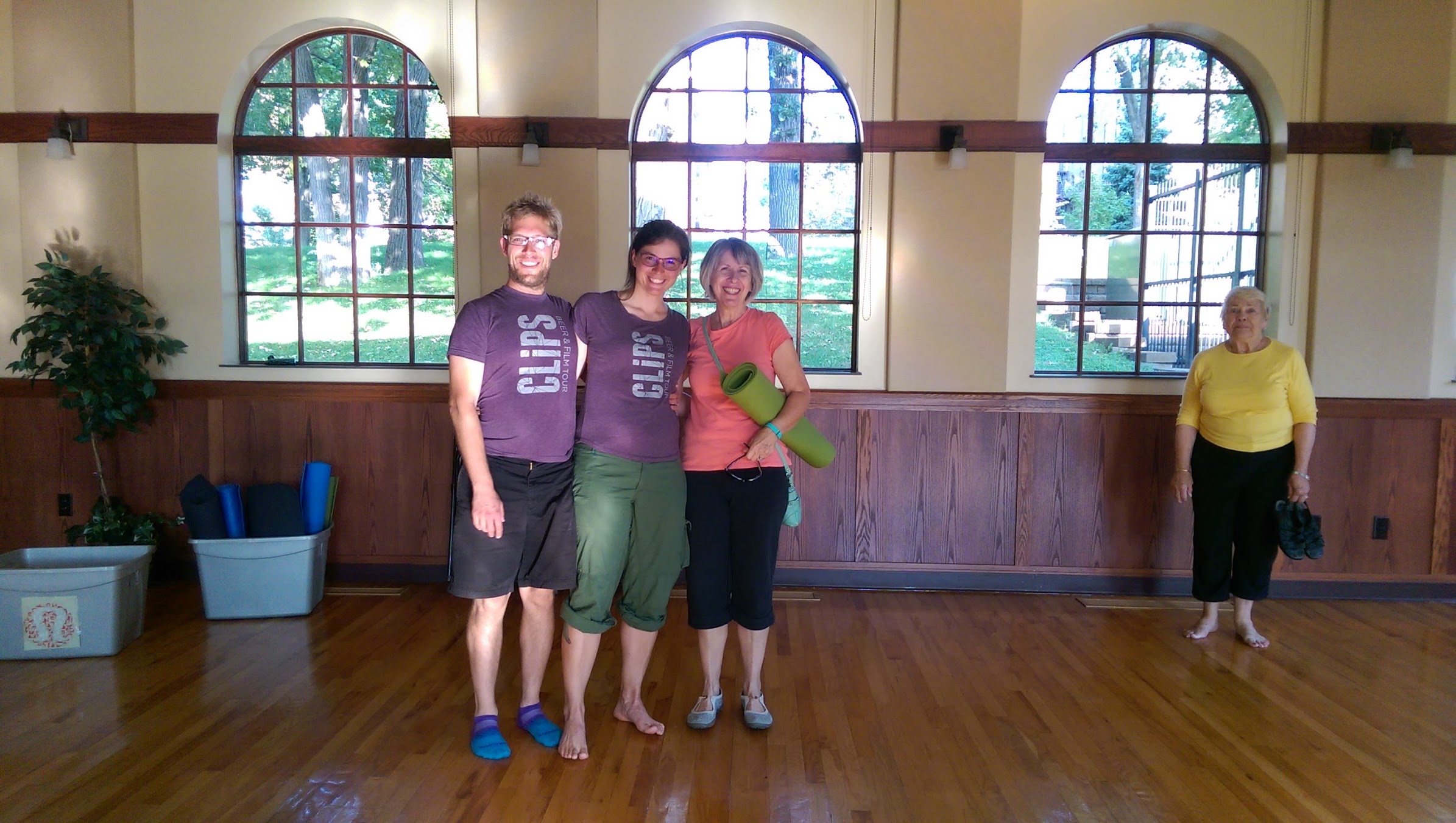 Then, on to the Sculpture Garden, for real this time. Except… it’s under construction??? The whole garden is just a mud pit, with their most famous sculpture preserved in place. Bummer…

So we instead finished our city exploration with a flight of beers from Lakes & Legends brewing company. This place does Belgian-style beers, but not in the stuffy Belgian way. They had a strawberry-rhubarb beer, a smoked beer, a mead/beer combo with raspberry, and other delectables. We were most pleasantly surprised by the quality and adventurousness of all their offerings! 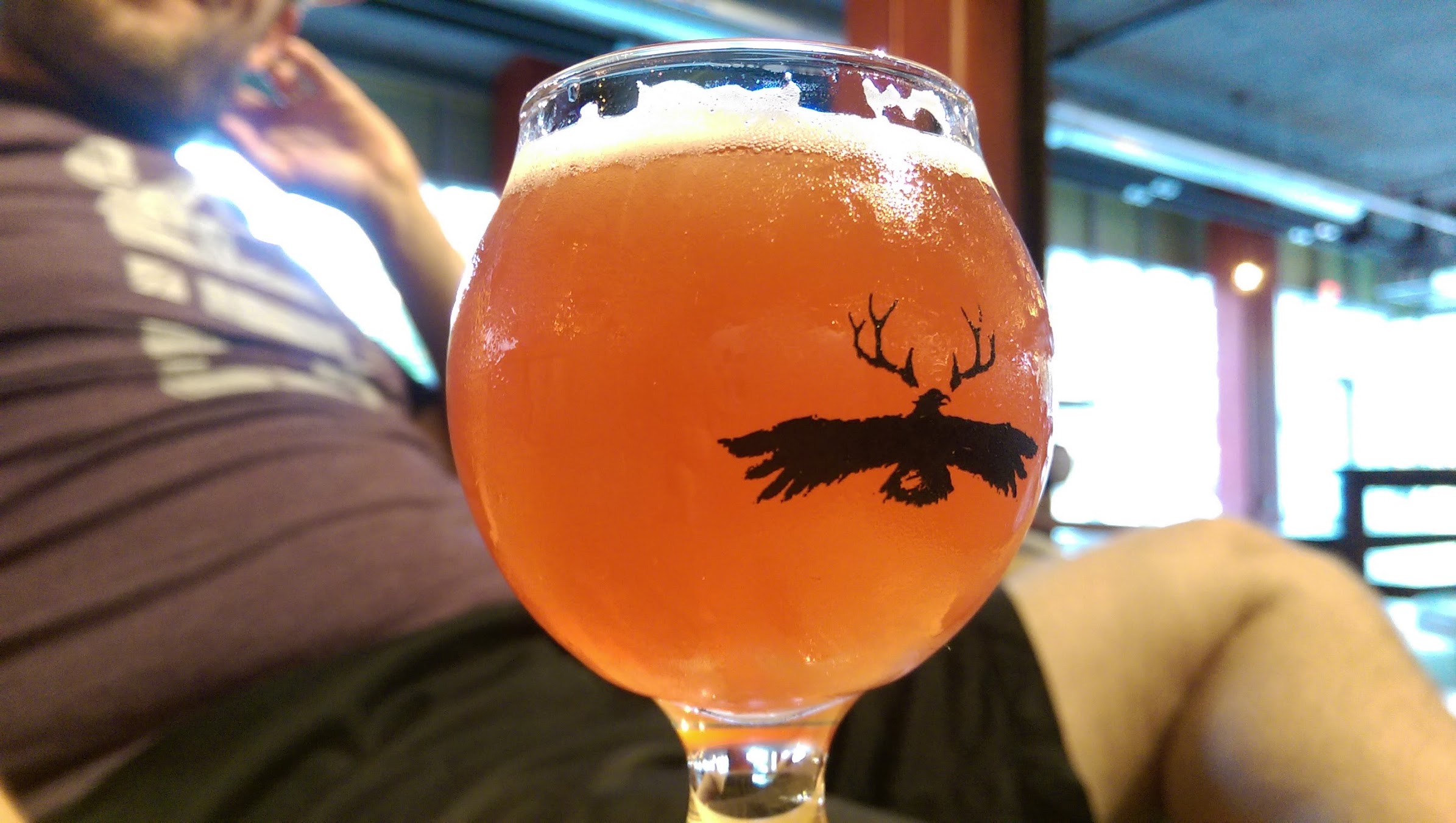 For dinner, Evan made Shepherd’s Pie to take advantage of the oven in the hostel. Ah, how I long for a time when we’ve more than just a camping stove…