Today we travel from the eponymous Wall of tourist mecca Wall Drug to Pierre, the state capital of South Dakota. 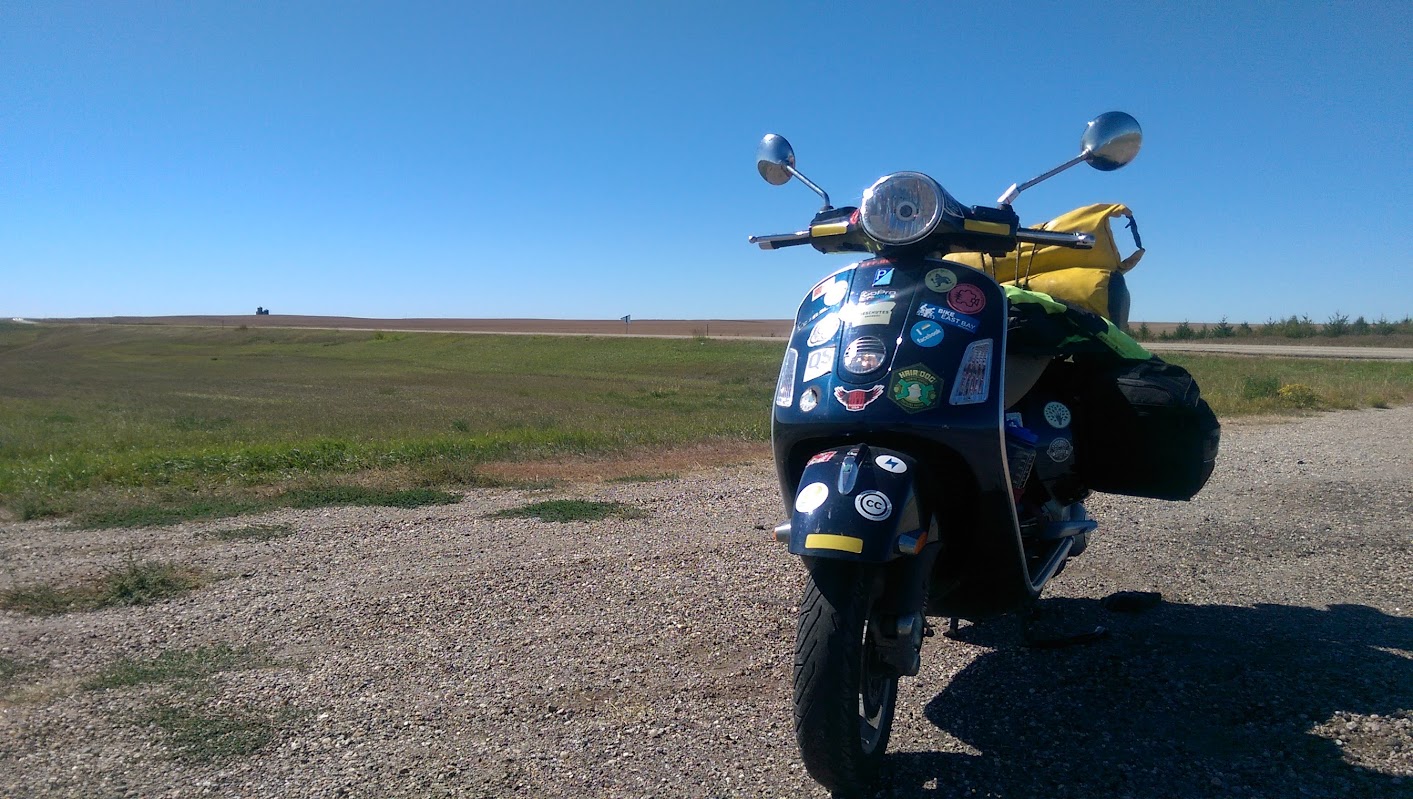 Thirsty travelers that we are, we make one last pilgrimage to Wall Drug. Evan picks up a final cup of ice water, Valkyrie perks up with five-cent coffee, and we split an unfrosted doughnut between us before heading onwards to the self-guided tour at the Minuteman Delta-09 silo some five miles outside town. 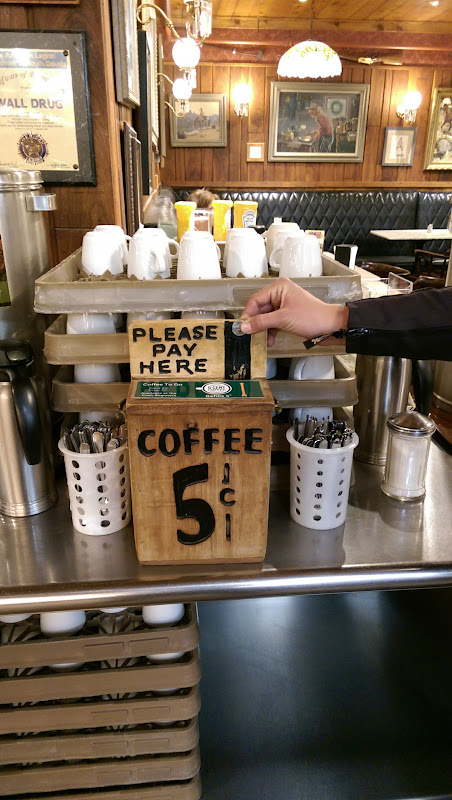 Chilling doesn’t begin to describe the feeling of standing atop a weapon that could completely obliterate all but the largest cities in the world in an instant. Even though the missile under our feet is inert, we get a glimpse of what it must have felt like to live with the ever-present threat of nuclear war. It brings to mind parts of Feynman’s autobiography (one of the physicists on the Manhattan Project), where he describes seeing new building and bridge construction after the war and thinking: what’s the point? It’ll all be gone soon anyways… 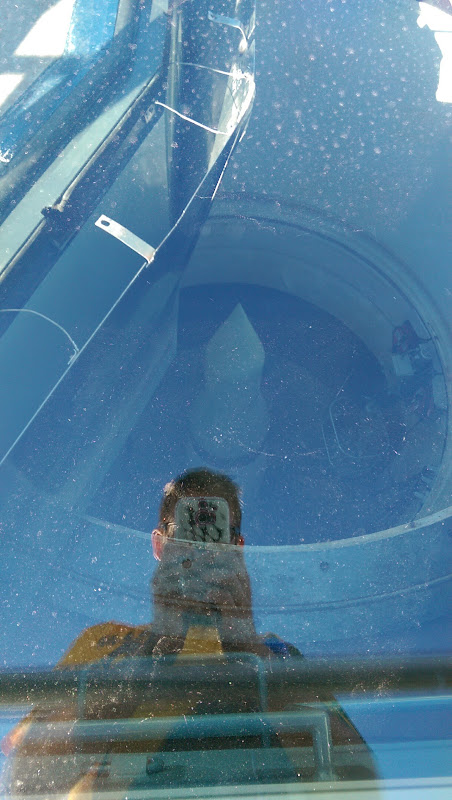 …but fortunately for us, that hasn’t happened yet. Looked at in a detached way, the Minuteman system is a marvel of engineering: thousands of silos, remotely administered with minimal maintenance, multiple failsafes, and extremely high security, and designed to be launch-ready within a couple of minutes after receiving the order. We take this level of connectivity and responsiveness for granted, but to engineer such a thing half a century ago is truly impressive - it even involved a plane that would fly overhead, ready to relay launch signals in case remote control rooms on the ground were destroyed.

We also note that this silo is on a road labelled 239th St, which is a bit confusing - there are barely any other streets out here, let alone 238 others. Initially we take it for a joke on one of the uranium isotope atomic numbers, but we soon see that the countryside is laced with these oddly numbered roads. On our way out, we decide to follow 239th St up to the main highway to Pierre, and soon find ourselves bouncing along a dirt-and-gravel farmland track. Most of the ranching and farming action, it turns out, takes place away from the main roads, especially in the Great Plains where individual farmland tracts can be measured in square miles; we see ranchers herding cattle and harvesters harvesting in these back hillocks.

The main highway is uneventful, and we’re soon crossing the Missouri into Central Time. 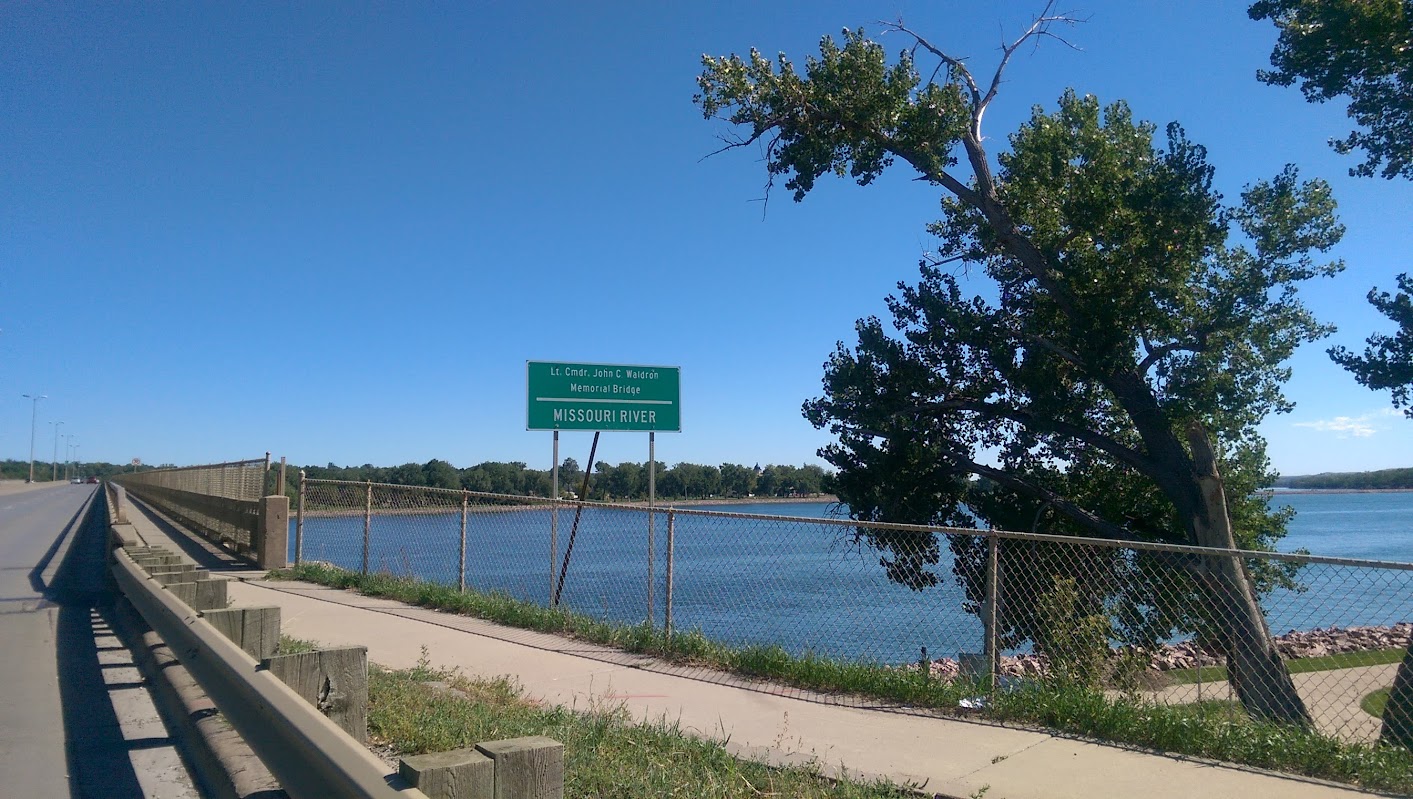 Pierre isn’t exactly a thriving metropolis: its placement on the Missouri must have been excellent in the age of boats and railroads, but with the interstate system it became yet another town passed over in favor of flatter and straighter routes. Only 11 000 or so live there now, with the State Legislature buildings taking up more real estate than the historic downtown, and there’s every reason to believe it might be an order of magnitude smaller if it hadn’t been designated the state capital. The biggest industry around (aside, of course, from agriculture and ranching) seems to be the hotel business, the entire main stretch through town being lined with hotels.

Walking around town we spot this bizarre statue: 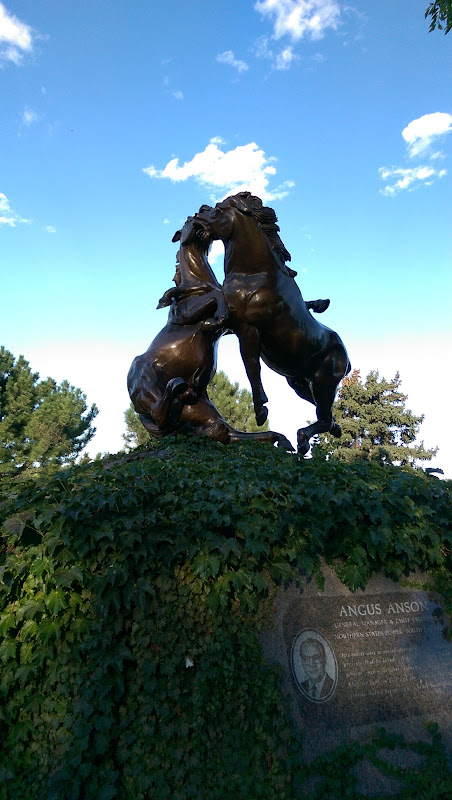 There’s also a series of statues of past South Dakota governors, forming the Trail of Governors. We learn from a sign erected in an old hotel front window that the series is incomplete, awaiting donors for several of the lesser-known governors.

There are a few restaurants in town, but we opt for supermarket lunch and dinner instead. The dinner is washed down with a tasty green chile beer - this one manages to get a pretty good amount of chile flavor, albeit without any of the heat.

Our next destination is Mitchell, where we hope to see the Corn Palace in all its a-maize-ing glory. (I had to. No regrets here.)