We awoke to the sun shining down over Rapid City, and got a lazy start with a hot breakfast. It feels so luxurious and decadent to stop and cook a meal in the morning; on the bike trip, we were always trying to strike camp and get a move on as dawn hit, lest folks not taking kindly to our stealth camping stumble upon us. It turns out that, by paying for a campsite, we can drag our feet a bit more (and shower more, and wash our dishes in a proper sink instead of a café restroom, and …).

The first part of the ride was pretty uneventful, though notable in that it was flat. Our campground pretty clearly marked the transition between the Black Hills—and the Rocky Mountains—and the Great Plains. The morning’s drive eventually brought us to the Badlands. 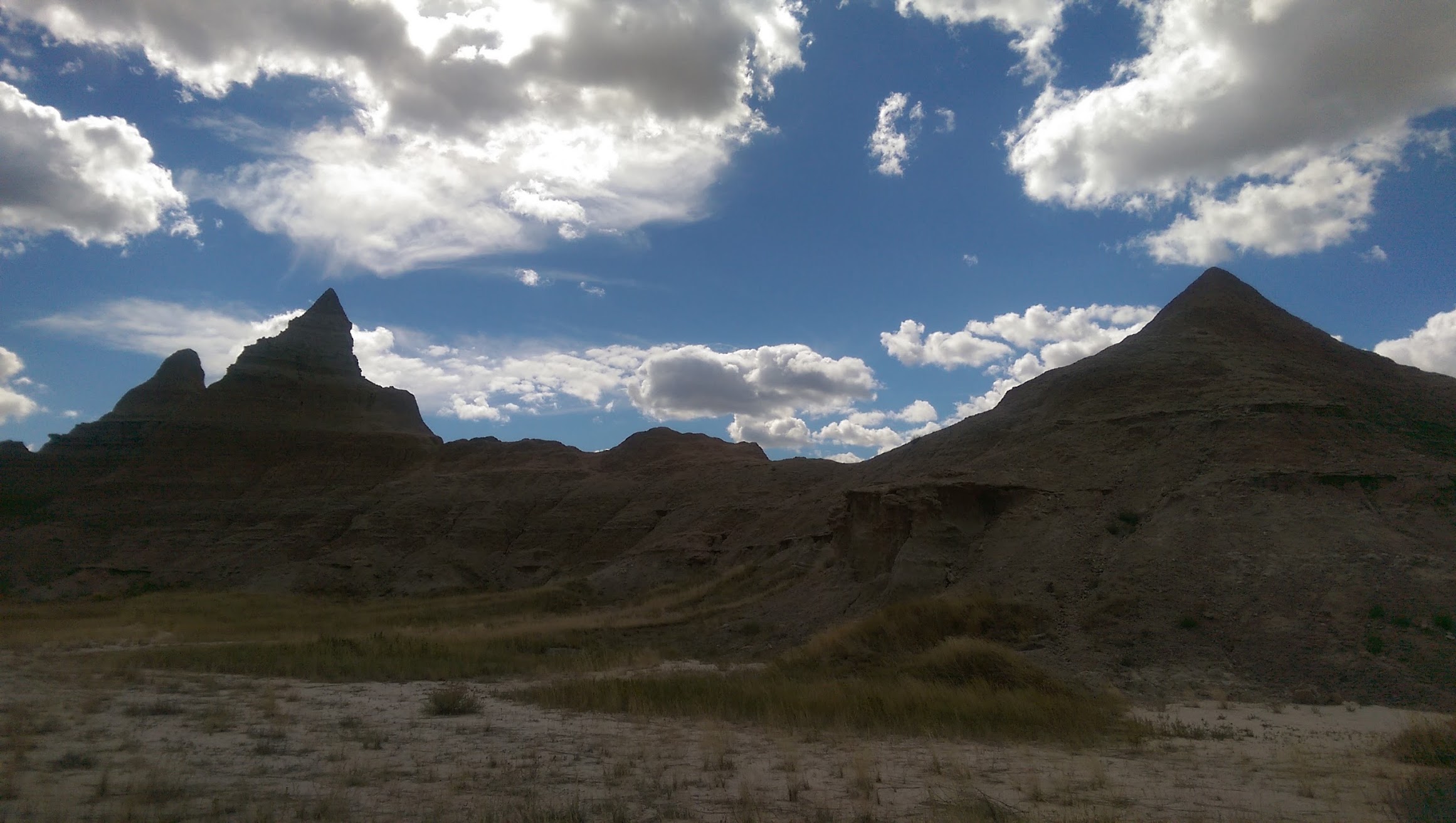 In terms of geologic time, we’re pretty lucky that we get to see them. The Badlands as they are today formed just 500,000 years ago, and will probably last for only 500,000 more. They’re eroding at a rate of 1 inch per year. There’s lots of good stuff there, though: paleontologists spend their summers searching out fossils there, and in a landscape that’s eroding so quickly there are always new things surfacing. For much of prehistory, the Great Plains was instead a great, warm, inland sea, and so there are lots of sea creature fossils there, but the one I thought was coolest was from a rhino that lived after the land rose and the seas receded. More on that later.

The Badlands Visitor Center also presented us with information about some of the first white people to really inhabit the place. The government was basically giving the land away, only asking for a promise that the recipient would inhabit it, farm it, and eventually pay back $1.25 an acre. The land was practically free, but it was hard to farm (it’s quite dry), and folks ended up building their houses out of sod (there are few trees, except along rivers). Some people ended up getting land that’s now a part of the park: when the Dust Bowl rolled in and well and truly ruined farming there, the Fed scraped together some money to buy back failing farms. From these failing farms, they made Badlands National Park.

From the first stop at the Badlands, we drove up to the visitor center for the Minuteman Missile National Monument. The Great Plains was once speckled with nuclear missile silos, and in this area they have upkept one as a testament to history. That wasn’t at the museum, though (we’ll go to it tomorrow); what the museum covered was what it was like during the time of the Cold War, screening the “Duck and Cover” video, showing off canisters of nonperishable foodstuffs, and describing the many times that the US and USSR each came close to pressing The Button. It was a cool piece of recent history (still too old for either of us to be intimately familiar with it), and one that we haven’t gotten to explore at other National Park Service sites. 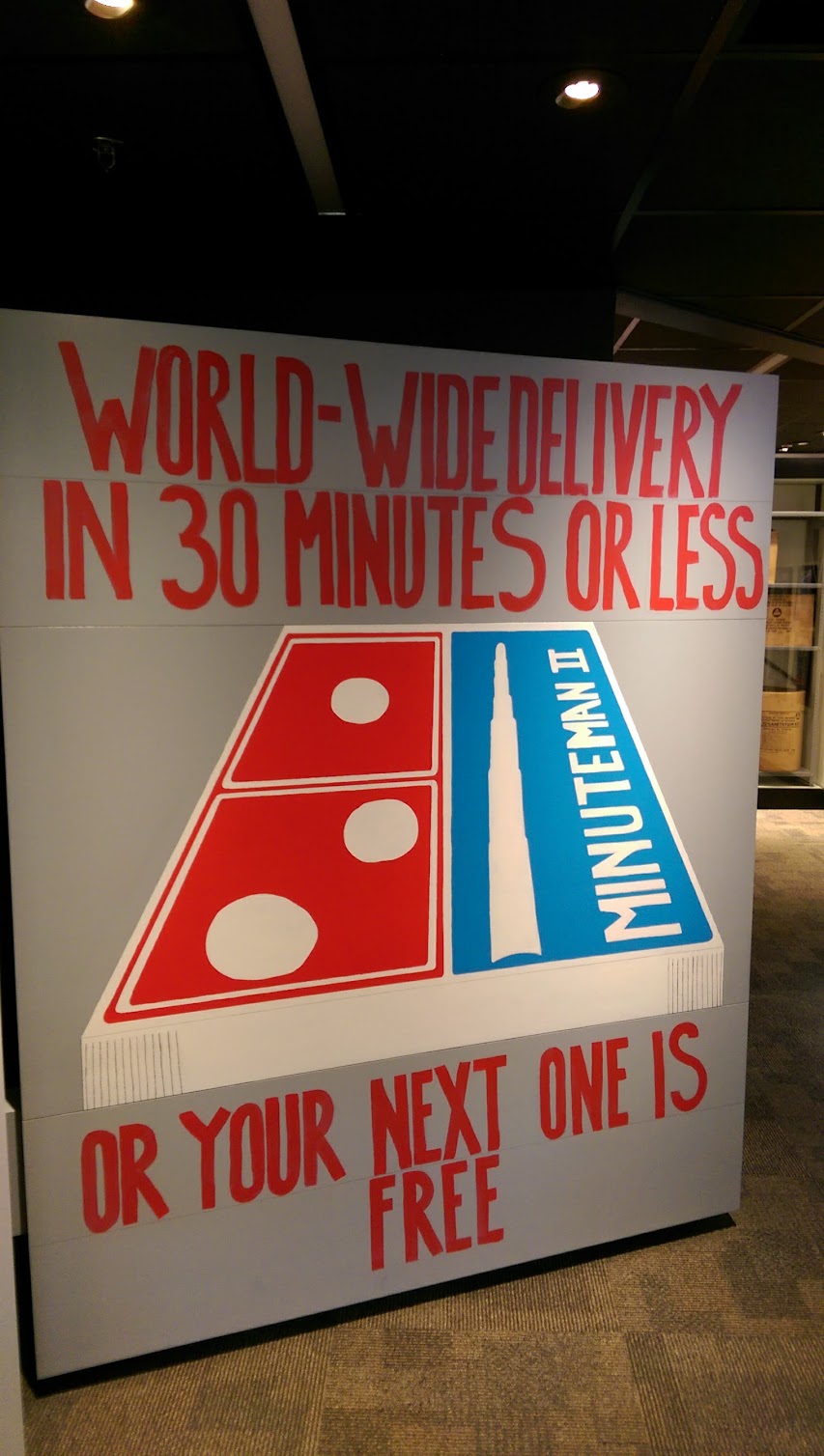 From there, it was on to Wall and the famous Wall Drug. 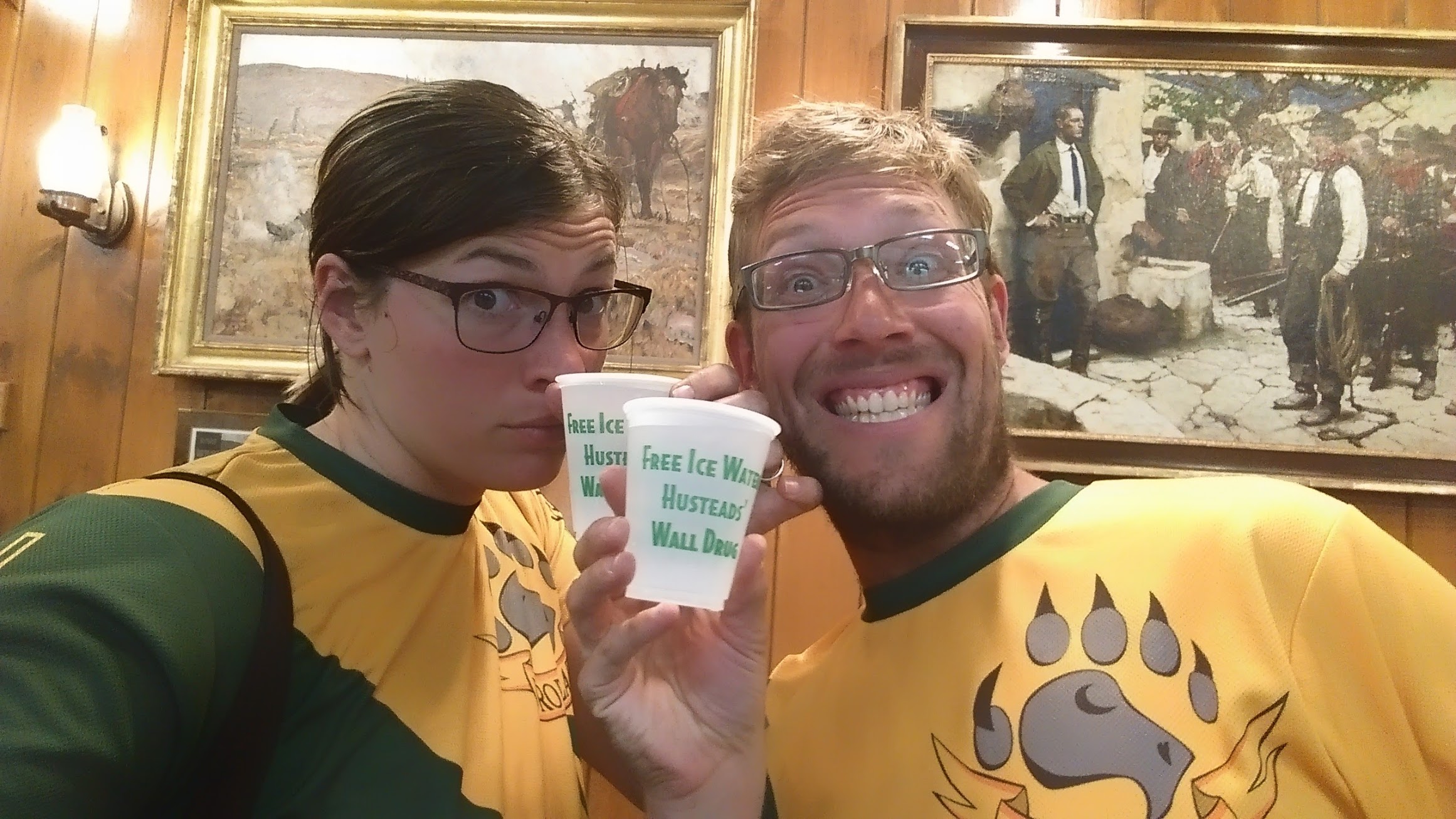 We got our free ice water, which was Wall Drug’s claim to fame. During the time of the Dust Bowl, the family moved into town and tried to find a way to entice customers to their shop. It turned out to be some punny signs (“Who has the gall to bypass Wall?”) and an offer of free ice water, just for stopping in. This was pretty awesome at the time, as it was before the interstate highway system, and also before super widespread refrigeration.

We checked into a campsite in Wall and wandered around a bit. There isn’t much to the town (aside from the drug store), but it is the site of the only National Grasslands Visitor Center. This center covers all of the National Grasslands, which spread through 7 states. They had an evening program advertised, though they didn’t say what the topic was, so we took a quick afternoon nap and went to check it out. 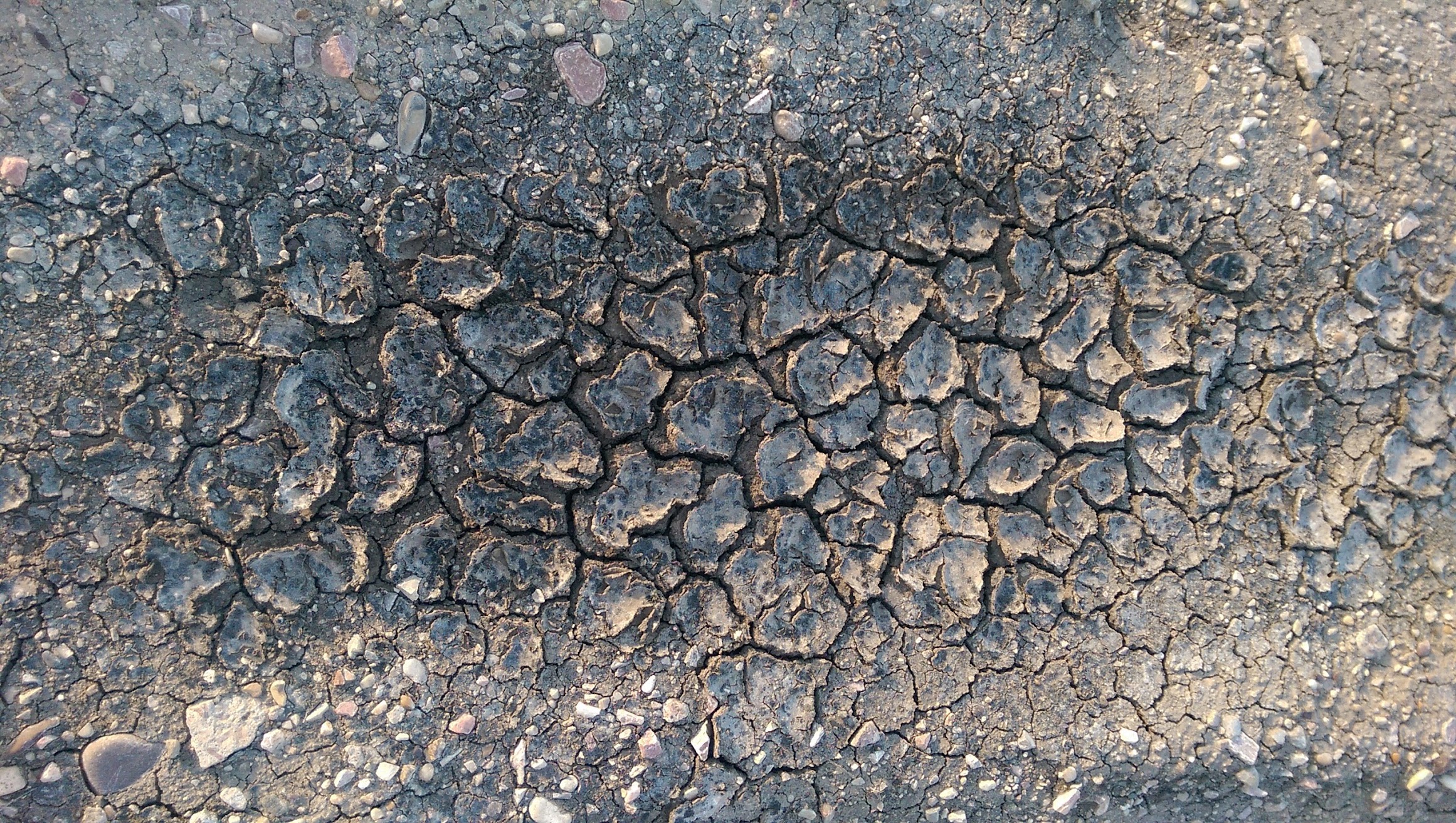 The program covered Native American beliefs around fossils they found. As I mentioned, in the Badlands, new fossils are always surfacing, and of course since the Badlands have been around for hundreds of thousands of years it makes sense that the Indians also encountered them. It was a topic I’d never thought about before, and the legends shared about the animals whose bones they found were pretty inspiring. Due to their knowledge of the fossils, the Native Americans also served as guides for early paleontologists searching for fossils (though this is hardly ever discussed in history books or paleontology papers).

Tonight, we’ll dine on Evan’s dirty rice concoction and chew over the ideas of the day…