Bear claws rake endless
Trails, flake off and turn to stone.
But the stump still stands.

After yesterday’s long ride (and the day before’s vigorous workout), today we were ready for something pretty relaxing that would hopefully involve less riding. As we somehow managed to get ourselves out of the tent, we cooked some oatmeal and shoveled it into our mouths. We tried to air our tires back to their recommended pressure (they had fallen just a bit), I instead managed to let out a bunch of air. Whoopsie! So we made an extra stop in town at an auto shop, where we got fixed up right.

We waved goodbye to Broadus, the wavin’est town in the west.

The ride took us over ranchlands, into low fog, through sunshine and straight on towards a headwind. When we turned down to go back into Wyoming, we dropped out of relative flatness and back into rolling green and golden hills, dotted with cattle and pronghorns. We drove on towards the Black Hills.

After not such a long time, we made it to Devils Tower, our goal for the day. America’s first national monument, Devils Tower was created by Theodore Roosevelt using the Antiquities Act of 1906. It is a giant… rock. 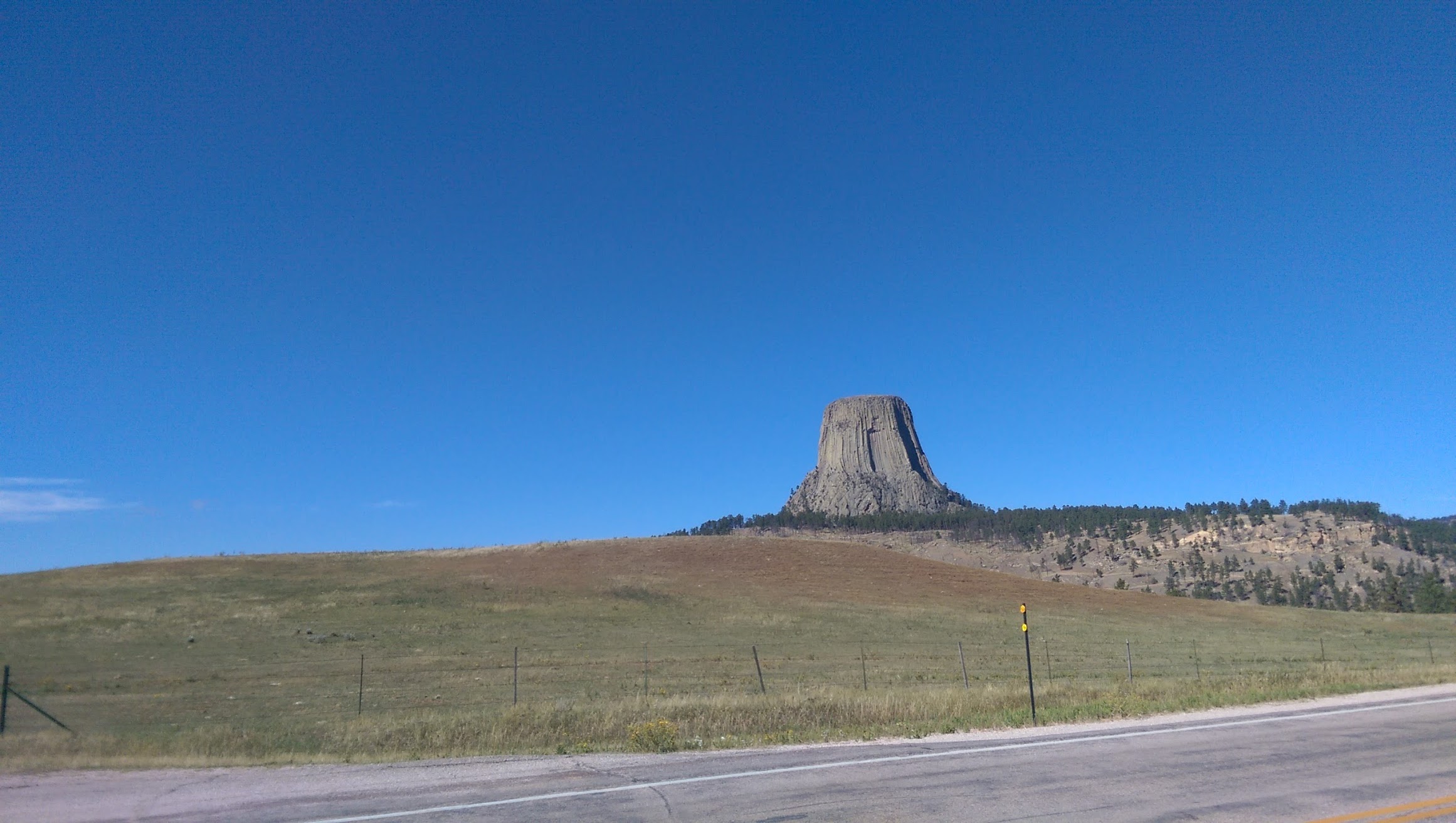 This was in the day that National Monuments could only be the minimum size required to protect their specific “thing”, so the total size of the park is only a couple square miles. We listened to a park ranger from Indiana (!) explain some of the legends around the structure: one Native American legend describes seven sisters who were fleeing their brother (he had turned into a giant bear), and who got atop a tree stump. They asked the tree stump to save them, and it grew to a huge size. Their brother bear came along and, trying to get at them, raked trails in the sides of the great stump, and his claws broke off and fell to the ground, becoming stones. The sisters were carried so high that they turned into stars: the Pleiades. In most Native American languages, the tower is called something like “Bear Lodge” or “home of the bear”. 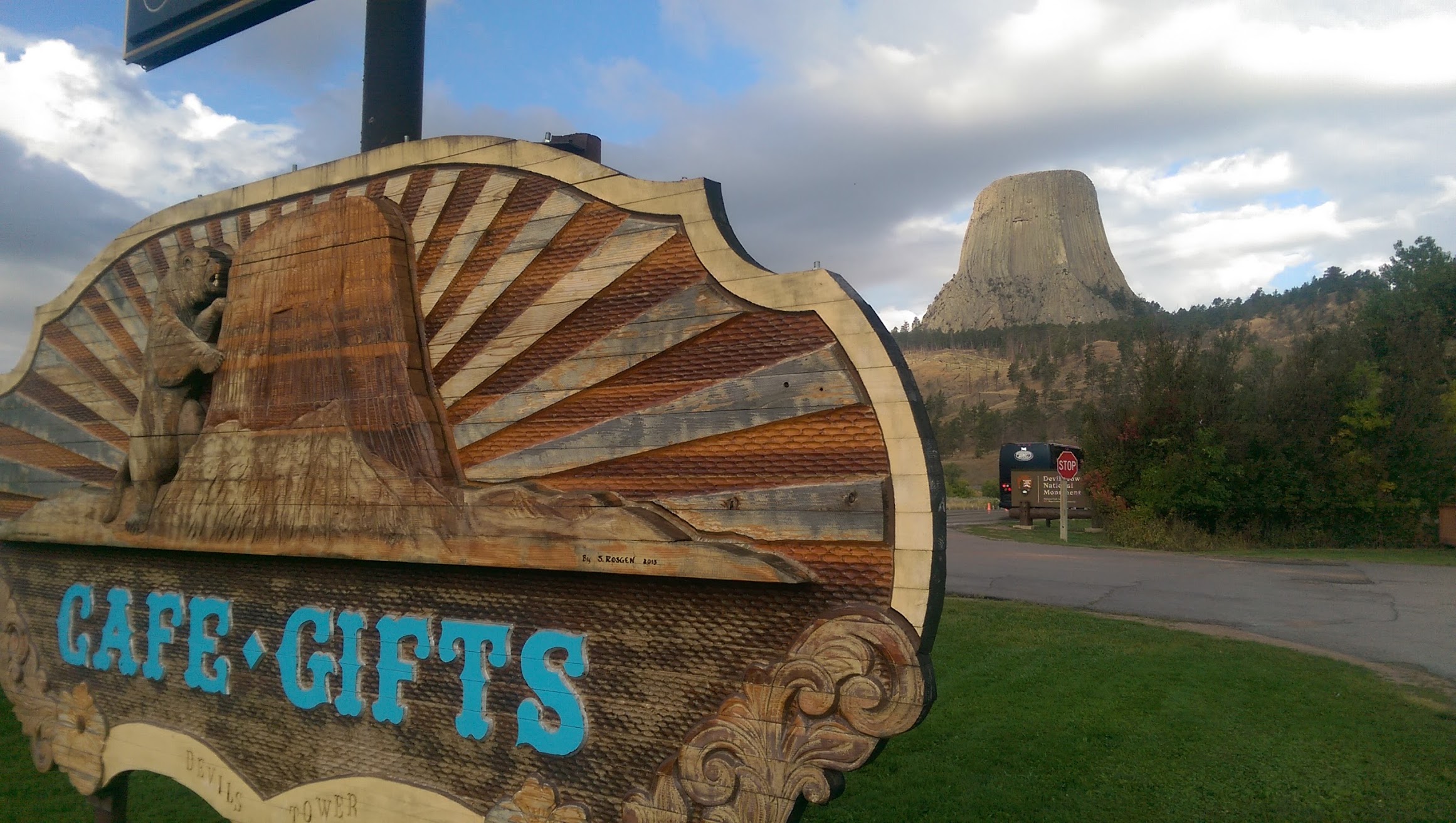 Incidentally, the name “Devils Tower” came from a (surprise) white explorer who just decided that’s what he’d call it. It was supposed to be “Devil’s Tower”, but due to a clerical error it is not.

Science isn’t 100% sure what actually formed the tower, but the gist is that back In The Day, when the land was far higher than it is today, a volcano began to form deep underground. This volcano didn’t actually end up making it to the surface, so it cooled into a column. Softer rock around the column eroded away over the millenia, and as the column itself cooled it also shrunk. This created stress points, which broke the column into smaller pieces: these are the six-sided structures you can see today. 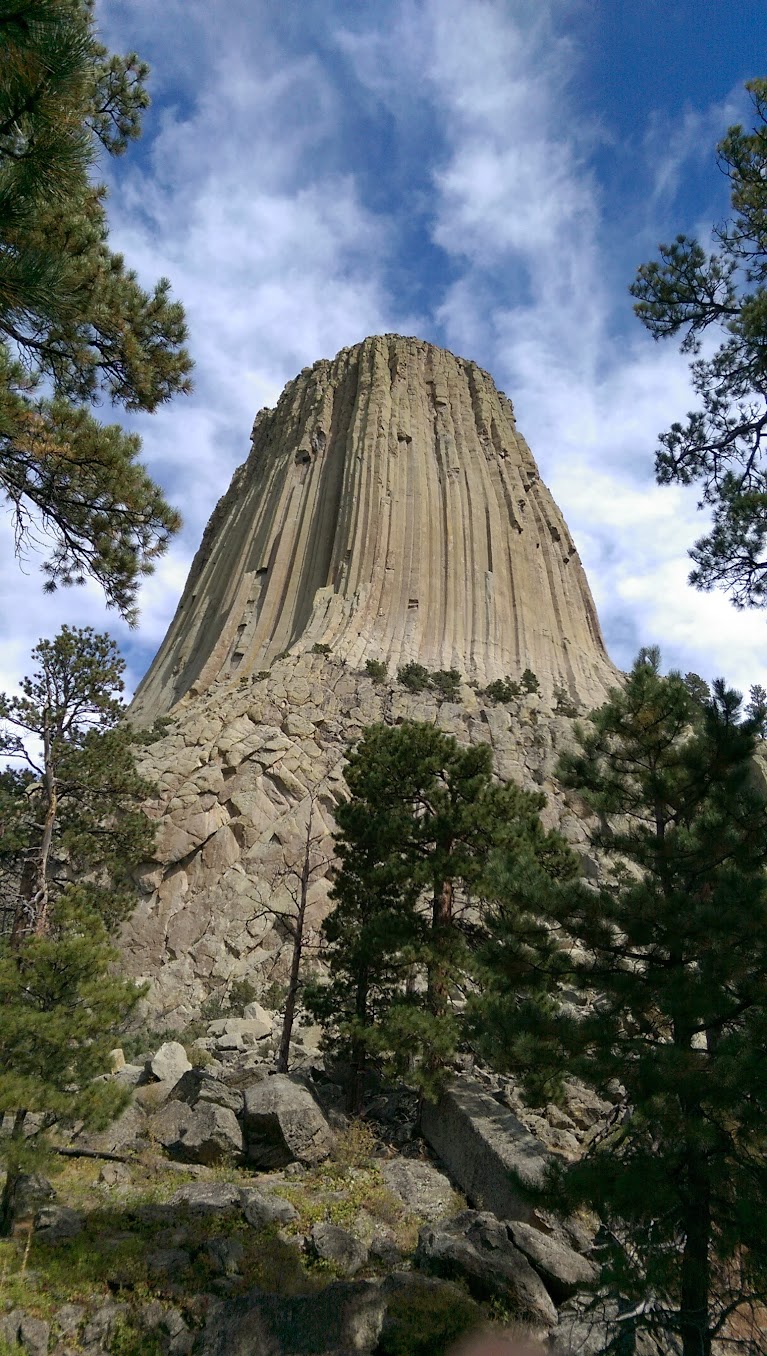 We took the tower hike around the base of the thing and got to admire it from all angles. Climbers still scale it today. One of the best stories we heard was of a stunt guy who wanted to promote an airshow nearby… he parachuted onto the top of the tower, and was stuck there for 6 days because he couldn’t get down.

We camped in a delightful KOA just outside the park, where we saw deer, turkeys, and other animals in abundance. Our tent also found its natural place to camouflage. 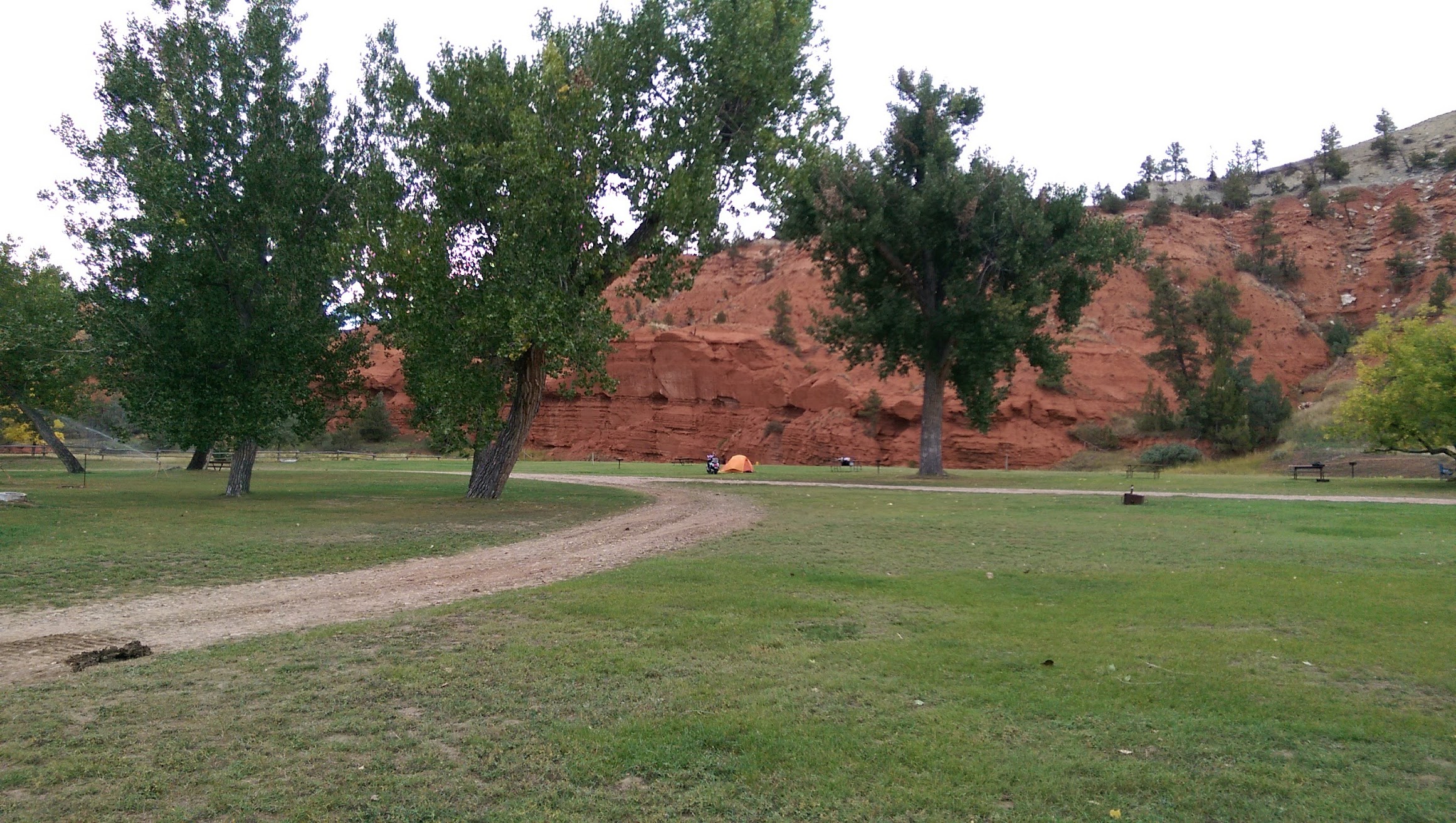 The campground also showed “Close Encounters of the Third Kind” each night, as Devils Tower is featured prominently in the movie. So, we watched that. Steven Spielberg, you strange man.