Today we bade farewell to multiple sets of arms. The first were the open arms of Troy, our host, who kindly allowed us to stay for a couple extra nights. He was willing to have us stay tonight, as well, but we didn’t want to wear out our welcome and thus have a hotel downtown for the final night before our Vespa gets serviced and we head out.

The others were both of our own sets of arms. Troy invited us to join his TRX (which somewhat hilariously stands for “Total body Resistance eXercise”) class at the gym this morning, which was an hour of doing crazy bodyweight and core work on suspended straps. While we haven’t been horrible about exercising (we get a hike in every day or every other day, and we try to spend time walking around when we can), we have been horrible about exercising our arms. Tomorrow is going to be a sore day. In class, we also ran into the daughter of the bookkeeper for the Vespa shop. Amazing!

We helped clean up the room we’d stayed in and headed out after lunch (lunch was a very satisfying affair at the Red Rooster Café: we had chicken and rice soup, lasagna, and homemade banana cream pie). Downtown, we checked into a hotel, where we sat and watched some talk videos about game design and the like. Interesting stuff!

For dinner we trudged through a chilly drizzle over to Überbrew, one of the local breweries we haven’t been to yet (I understand the are about 10 in town!). It was a sausage fest, as Evan got a bockwurst and I got the Billings Special (which included, hello, jalapeño bacon cream cheese), both with sides of macaroni and cheese. We also had a taster of their beer, which was all delicious (in particular, the Grandmaster SMaSH and the Re-Calibrated were very well-balanced and also unique!). 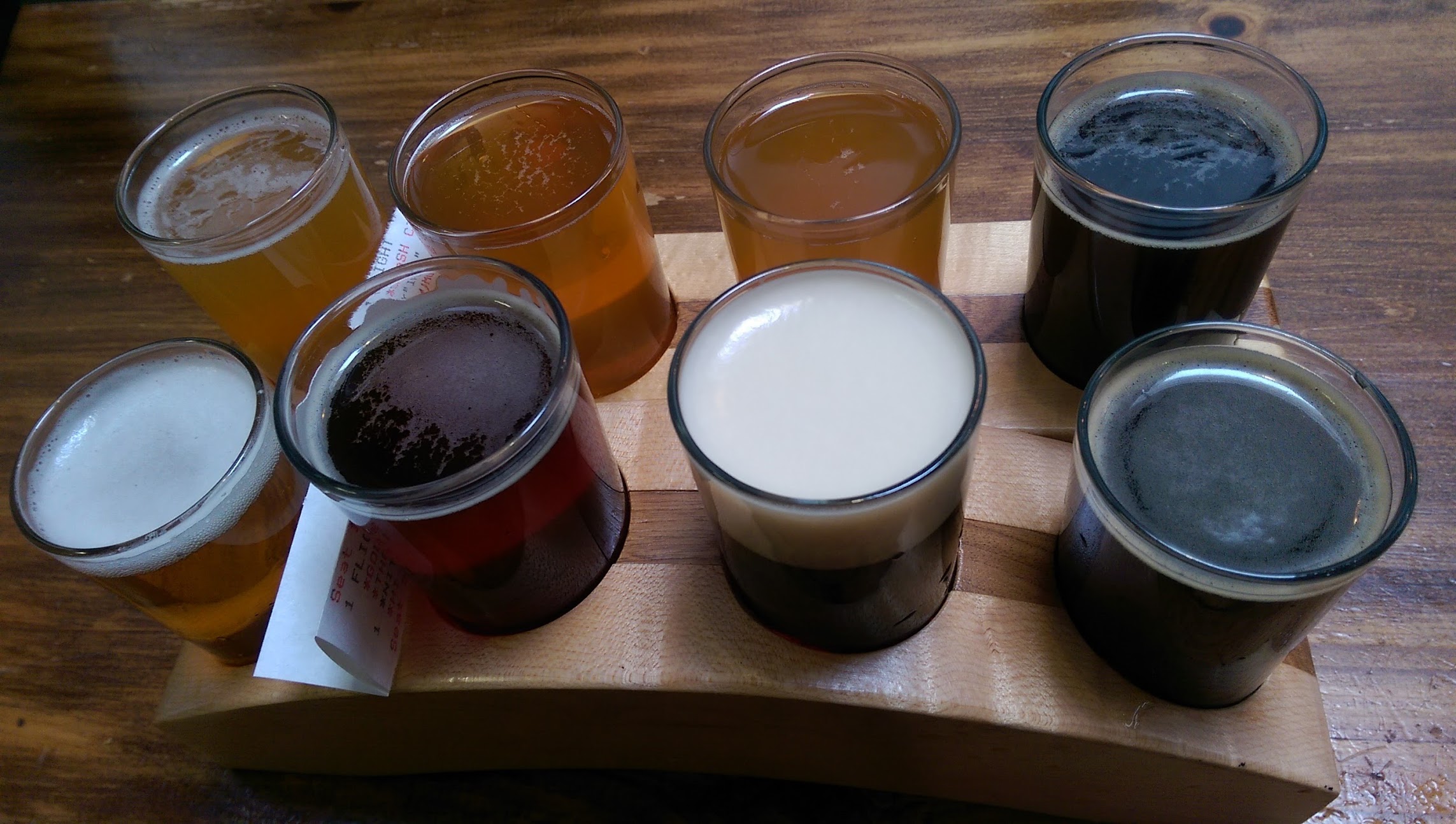 We ordered “beer and bread pudding” for dessert, which turned out to be literally the largest item on the menu (our server, laughing, told us this later). We did not make it through, but were defeated partway by its delicious sourdough soaked in seasonal brew.

The evening drew to a close as we sat in the sauna of the hotel, dreaming about leaving, finally/again, tomorrow.