Today we hop parks from the Tetons to iconic Yellowstone, where we see Old Faithful and a few things besides.

The Colter Bay campground boasts a ridiculously well-stocked general store, which has most everything you could think of grocery-wise - including freshly-baked pumpkin chocolate chip cookies! Inside, we spot a small sign next to the bear spray comparing its effectiveness versus bears to that of firearms: 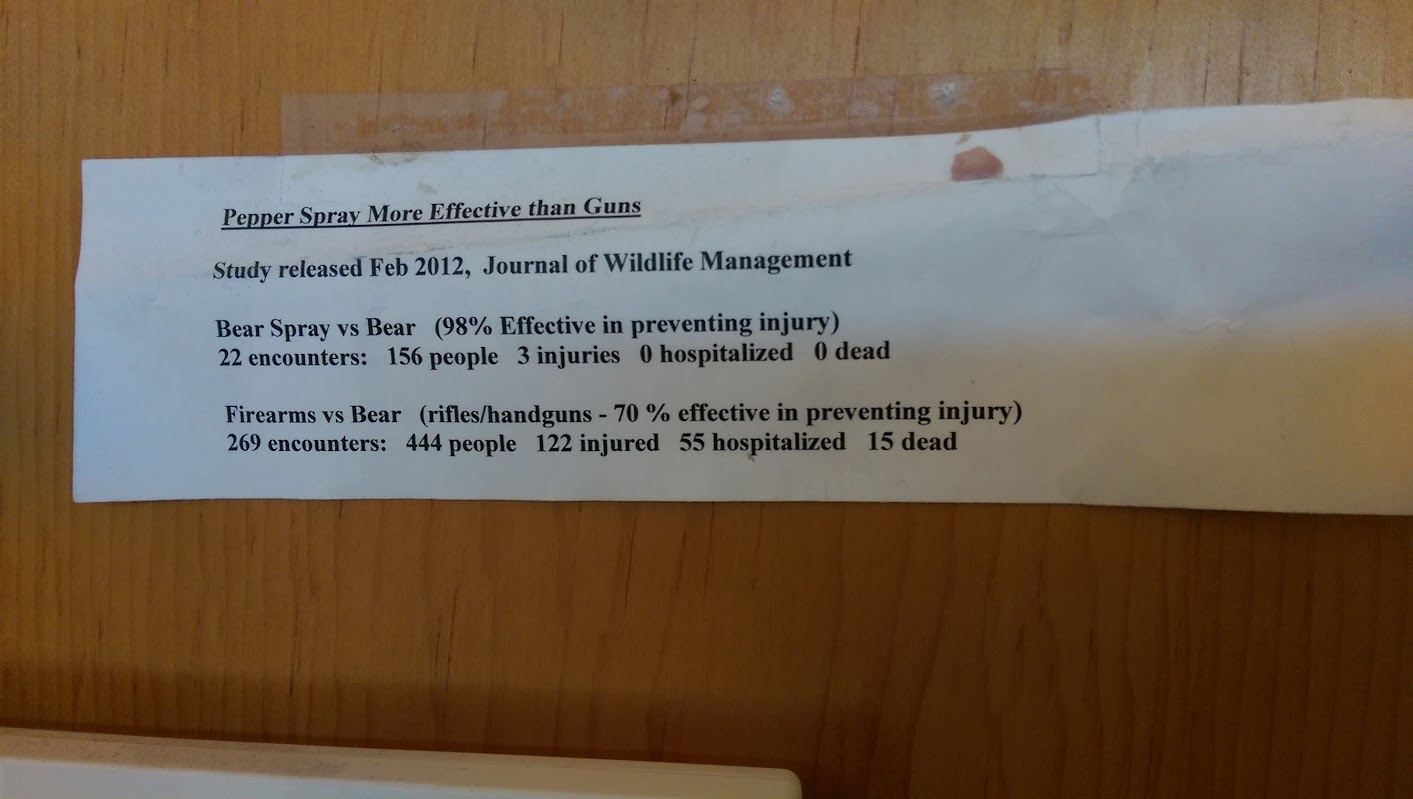 We then ride over to the Visitor Center to catch an interpretive hike about the geological and human history of the Tetons. Among several things, we learn:

Unfortunately, the ranger is interrupted at every opportunity by a group of retired old men who have nothing better to do than posture as to who knows more about the National Parks. 45 minutes and less than a third of the trail in, we finally give up and head back to the Vespa so that we can still have some hope to grab a campsite at Lewis Lake. 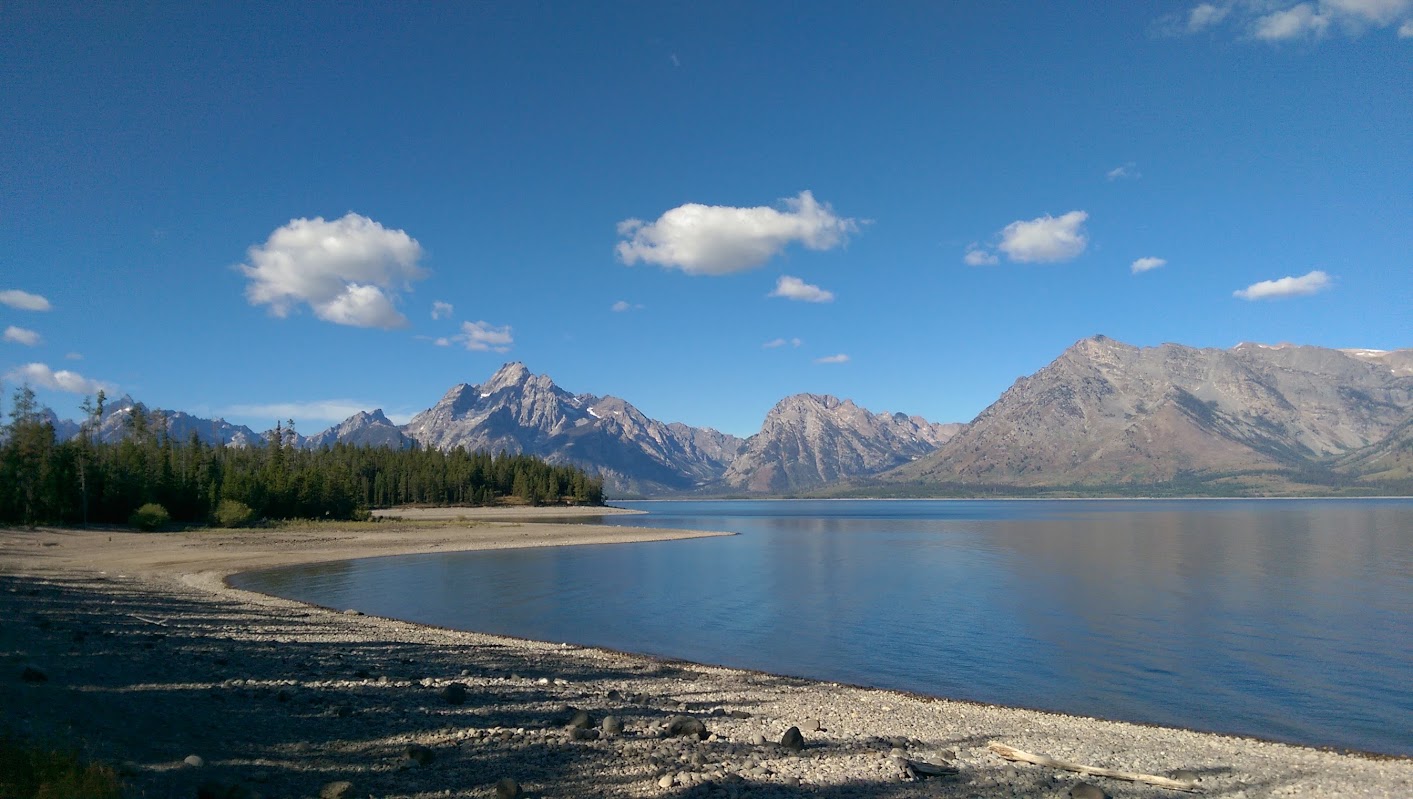 Fortunately for us, Lewis Lake hasn’t quite filled up by 11am when we get there. (It does later, though, and we see several sad people circle the loop only to leave dejected while we’re cooking dinner.) 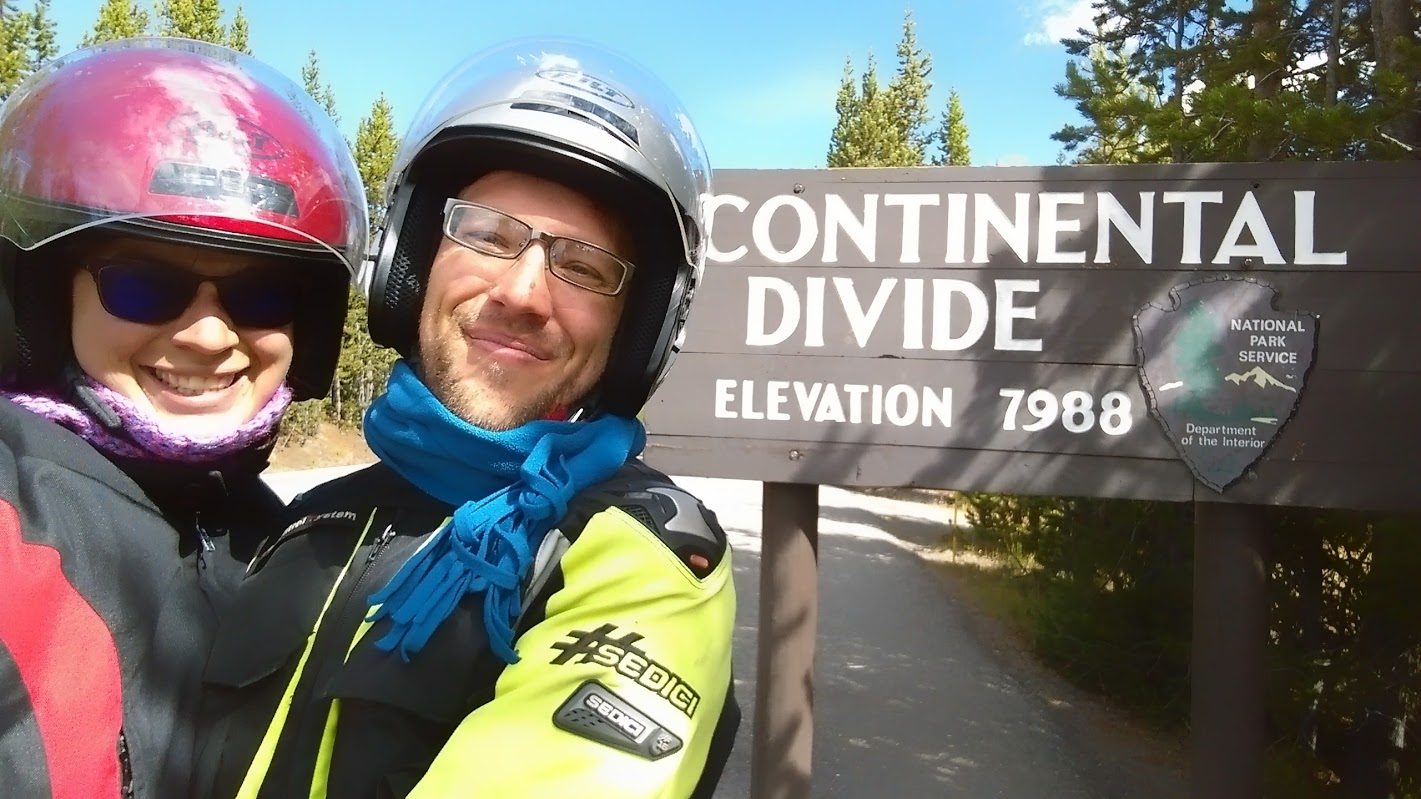 In the store at Grant Village, we grab a bag of buffalo huckleberry stix (yes, with an “x”), which as the most mountain-y sounding thing available we absolutely have to try. (We’re normally pescatarian, but we usually make exceptions when traveling so that we can try out local tasty things.) 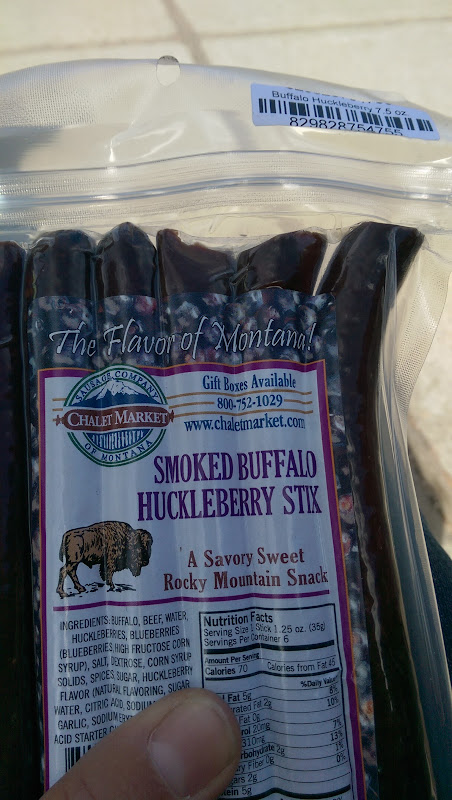 From there it’s on to Old Faithful! We arrive about 20 minutes before the next predicted eruption, so we get to watch the area fill up - and fill up it does; all benches are full, and people are even sitting shoulder-to-shoulder on the boardwalk for a view.

As the superheated water bursts forth from the ground, it vaporizes almost instantly - it’s above boiling temperature at this elevation, but remains liquid while underground due to the immense pressure. (I vaguely remember something about three-phase diagrams from high school chemistry here.) 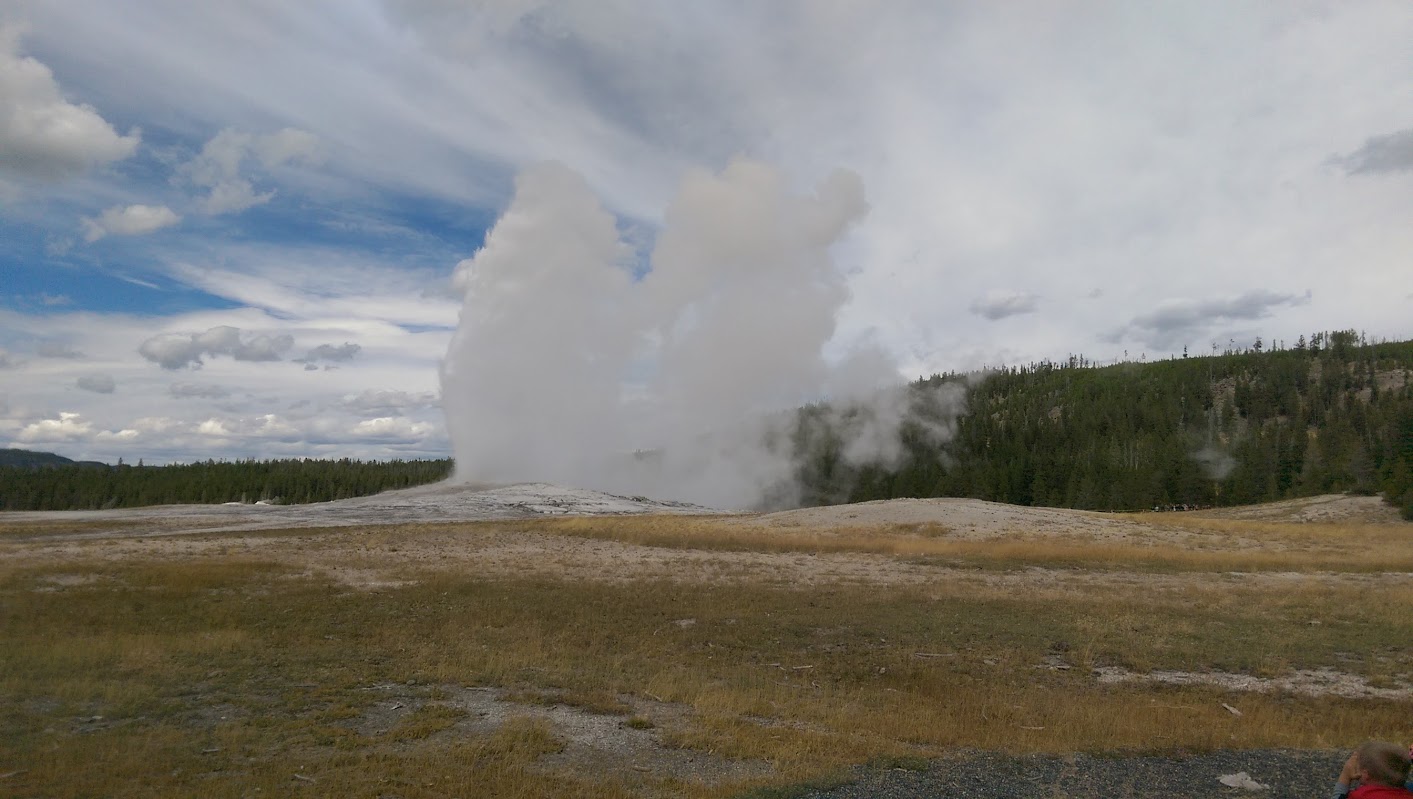 Slightly before the eruption, our conversation with a couple of newlyweds from Kansas City is interrupted by a ranger shouting “MAKE WAY FOR THE BISON! DO NOT BLOCK THE BISON’S PATH! GET AWAY FROM THE BISON!” Sure enough, a bison is strolling down the middle of the paved pathway like it’s nobody’s business.

Before heading into the Visitor Center (which is LEED Gold certified, meaning it meets high environmental standards), we catch a 15-minute talk from one of the rangers in which he explains how geysers work. Apparently, geysers with regularly-timed eruptions (e.g. Old Faithful) are quite rare; it’s much more common for eruptions to be widely spaced and highly unpredictable. Old Faithful sits in one of five active geyser fields in the world: one in New Zealand, one in the Andes, one in Kamchatka, one in Iceland, and the one in Yellowstone. 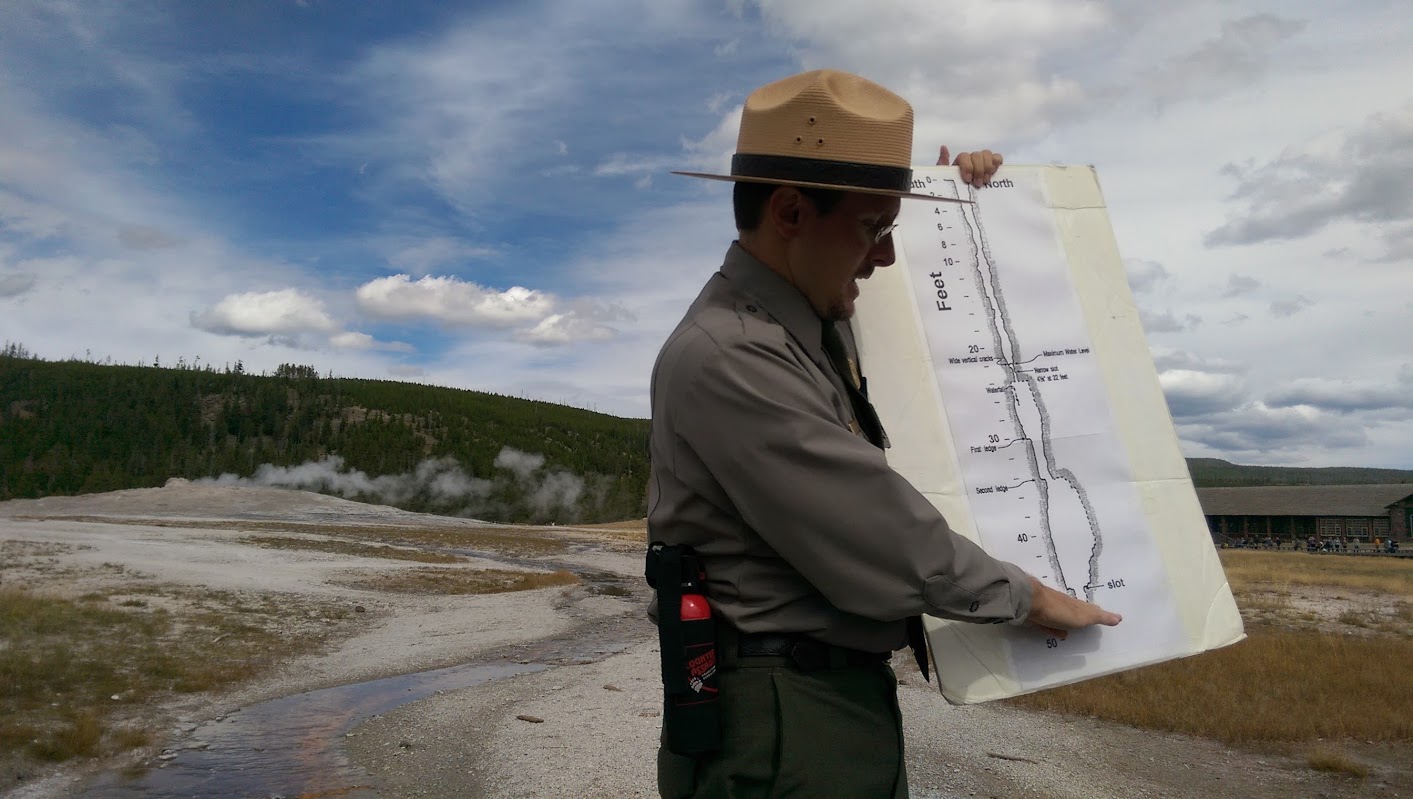 In the Visitor Center, we complete an odd and unexpected task: we place our Play it Forward card in the Young Scientist kids’ area, hoping that someone will take it yet further afield. 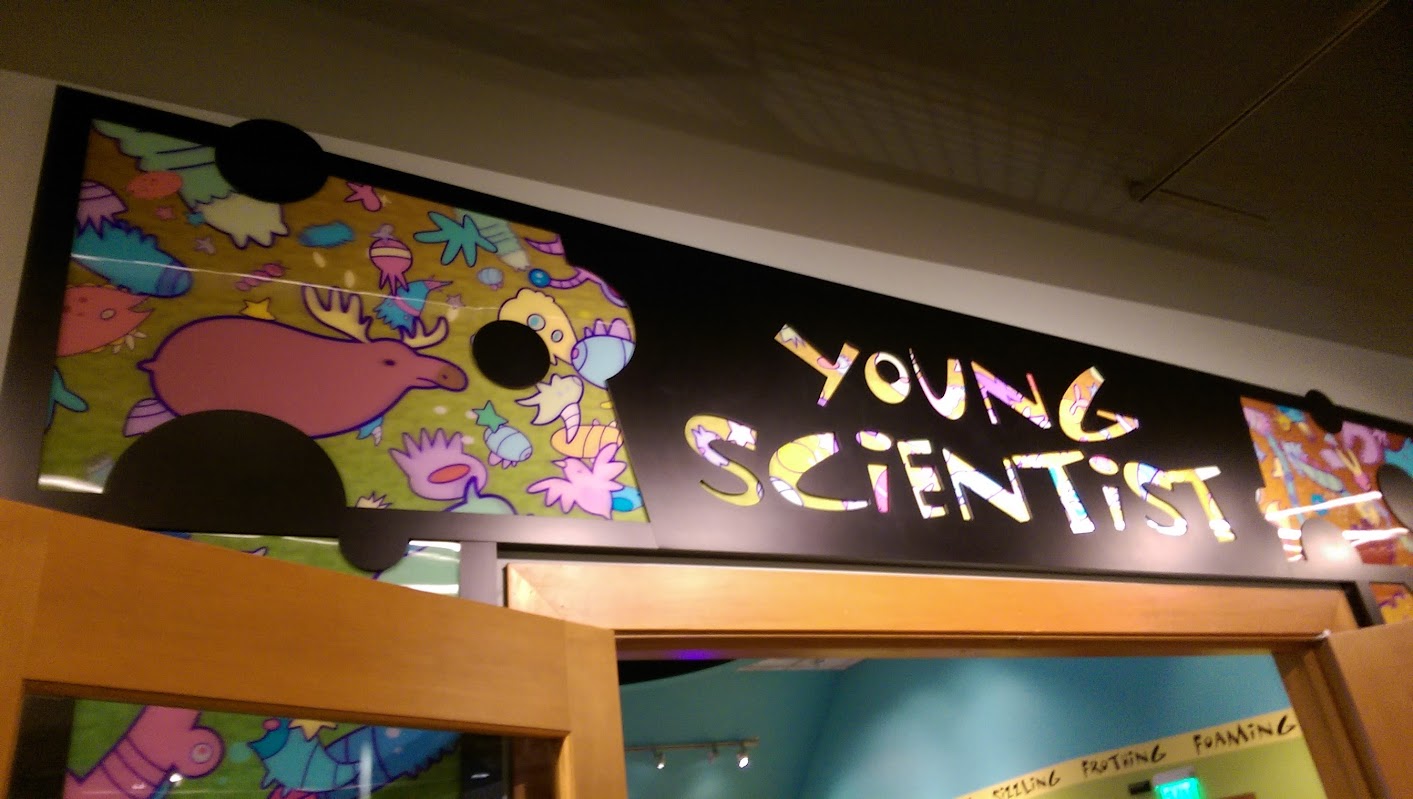 As aspiring educational-games-makers, we also take this opportunity to pick up a Junior Ranger booklet (and learn that the oldest Junior Ranger is 108)! It’s much more involved than we expected: to complete the booklet, you have to learn things and make observations at several locations throughout the park - everywhere from the Canyon to the geyser fields to the grasslands, and everything from plants to animals to geologic processes. Several of the pages involve creative writing tasks, while yet others ask for drawings. It’s also designed so that some activities must be completed at particular locations, while others (e.g. word search puzzles) can be completed anywhere (e.g. by bored kids anxiously wondering if they’re at the next location yet).

We drop by the Grand Prismatic Spring, a stunning display of the colors generated by colonies of thermophilic bacteria. These colonies function not unlike forests: bacteria in the “canopy” on top process and recycle nutrients for use by lower layers. Here’s nearby Opal Pool, which is not as striking but had much less steam obscuring the view: 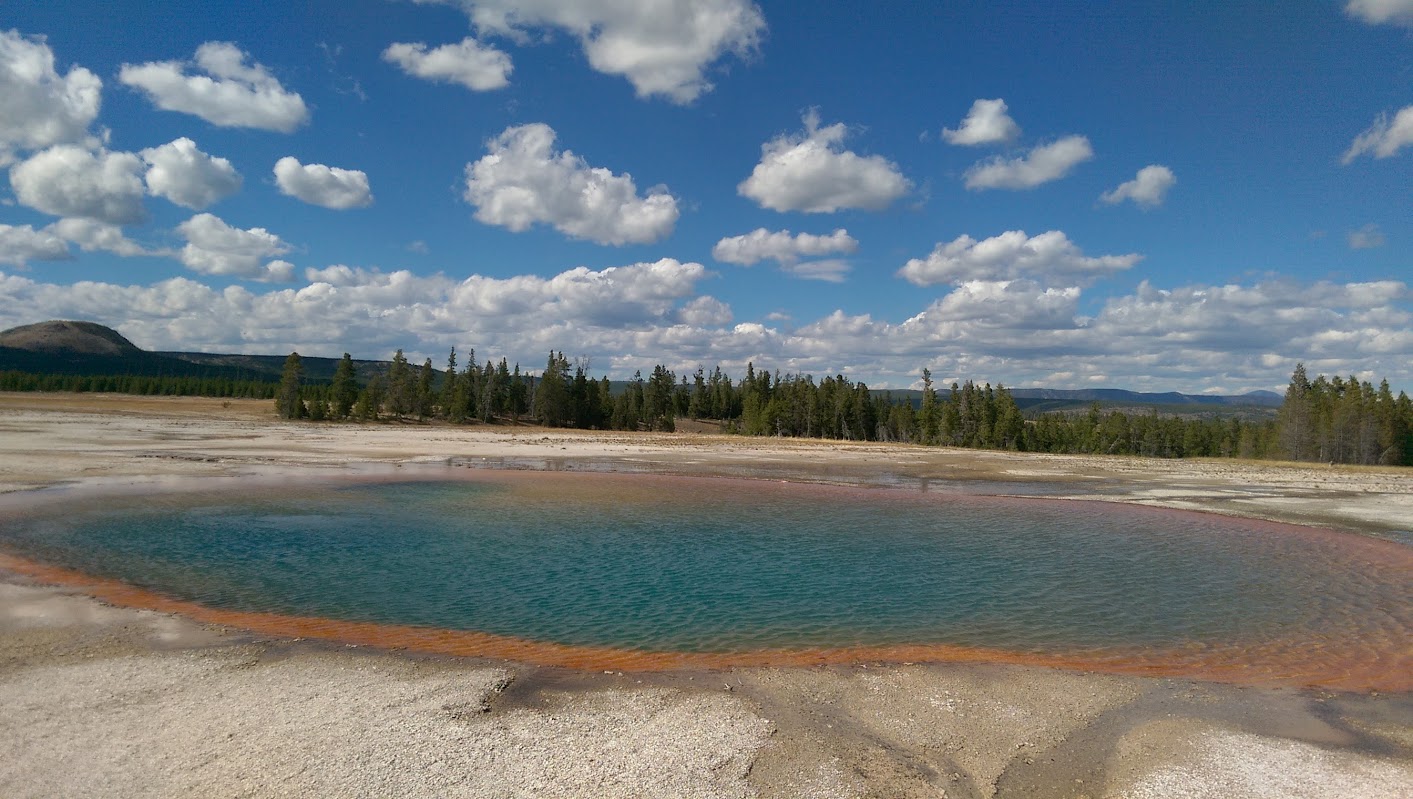 (You can get much better views of Grand Prismatic in the heat of summer, which we’ve largely missed by this point.)

Later on, our chili dinner cooked and eaten, we enjoy sunset down on the campground dock off Lewis Lake.

We were lucky to get a campground today - will we be as lucky tomorrow? No use worrying about it now…