We spent another morning enjoying being a bit cleaner than usual, with a jog through downtown Idaho Falls (past the falls, which are the result of a hydroelectric project and which generate 50% of Idaho Falls’s electric demand!) and a brief visit to a bakery and the tourist bureau. Walking back, we found a charming Japanese garden, and in it: 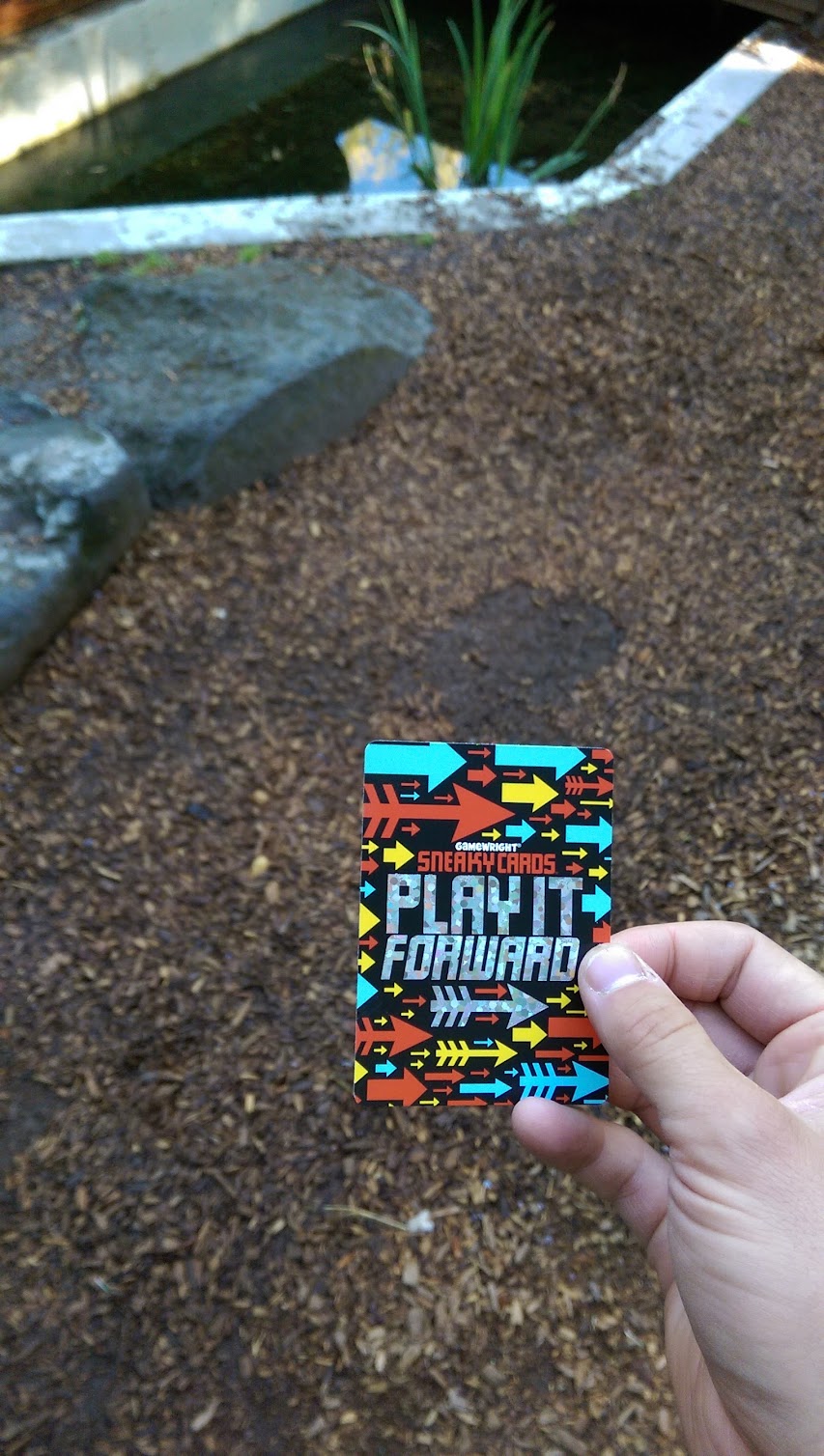 A game! We picked up the card. It requests to be dropped somewhere that it can be easily found, so that someone else can pass it on. We have grand designs for this card…

We ran several errands in Idaho Falls to fill in insufficiencies in our equipment. We grabbed a cheap pair of knit winter gloves to wear underneath our leather ones for extra warmth. We grabbed a (pretty well-fitting) lid for our large pot. Finally, we dropped big bucks on polar-quality thermal base layers to keep us warm while riding the bike. These will also be important for sleeping while we’re in the mountains: the last couple nights have been at or below freezing, and with our three-season bags plus fleece blankets we have been a bit too chilly (though the cabin last night was greatttttt).

Thus equipped, we rolled out. We saw smoke from various wildfires, including signs saying “KNOWN WILDFIRE AHEAD, DO NOT REPORT”, which were something new. Eventually, we made it across the border of our fourth state: Wyoming! 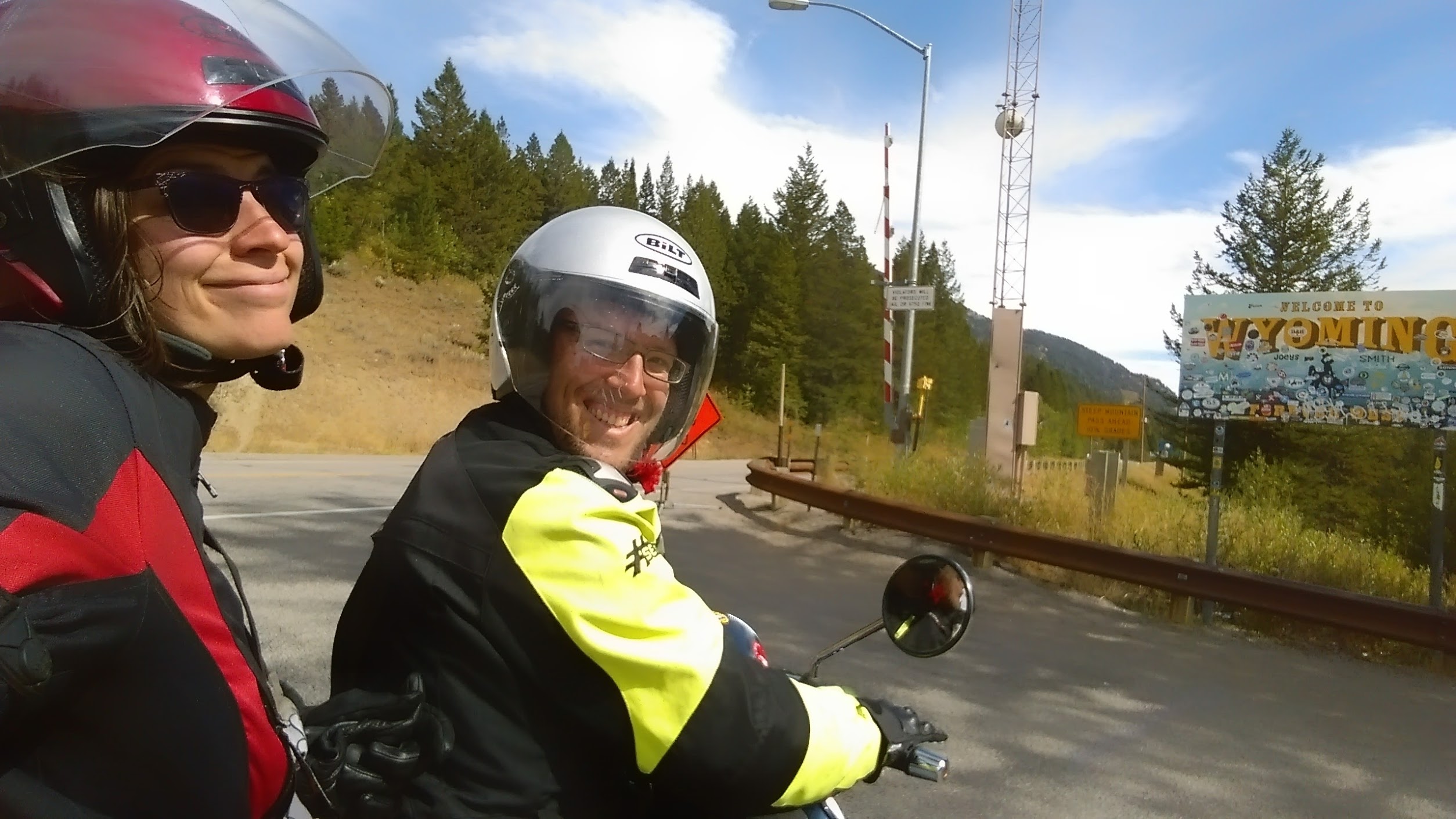 This was the first true test of the Vespa: a 8431ft pass. Although it wouldn’t accelerate past 40 on the uphill, the Emperor passed with flying colors.

It wasn’t far from our crossing point to get to the entrance Grand Teton National Park, our goal for the day. We took the shortest way in, which turned out to be a summer-only road which prohibits RVs, trailers, and trucks. We didn’t wonder why for long, as it turned into an insane gravel washboard obstacle course. However, we were rewarded for taking this path when a few miles in we saw a baby bear leap out of the brush and into a tree! We didn’t stop for pictures or anything else (all the advice for meeting with wild animals seems to involve “stay in your vehicle”… hmmm…), but it was an exciting encounter.

The Tetons formed not long ago (not long ago in geologic time: roughly 10 million years ago), and they are the youngest range in the Rocky Mountains. They are along the Teton fault, a 40-mile long fault line. Over time, one side of the fault goes up forming the mountains, while the other goes down forming the valley. Thus, no foothills. It’s interesting geologic stuff! But even if you aren’t into it, just look at them: 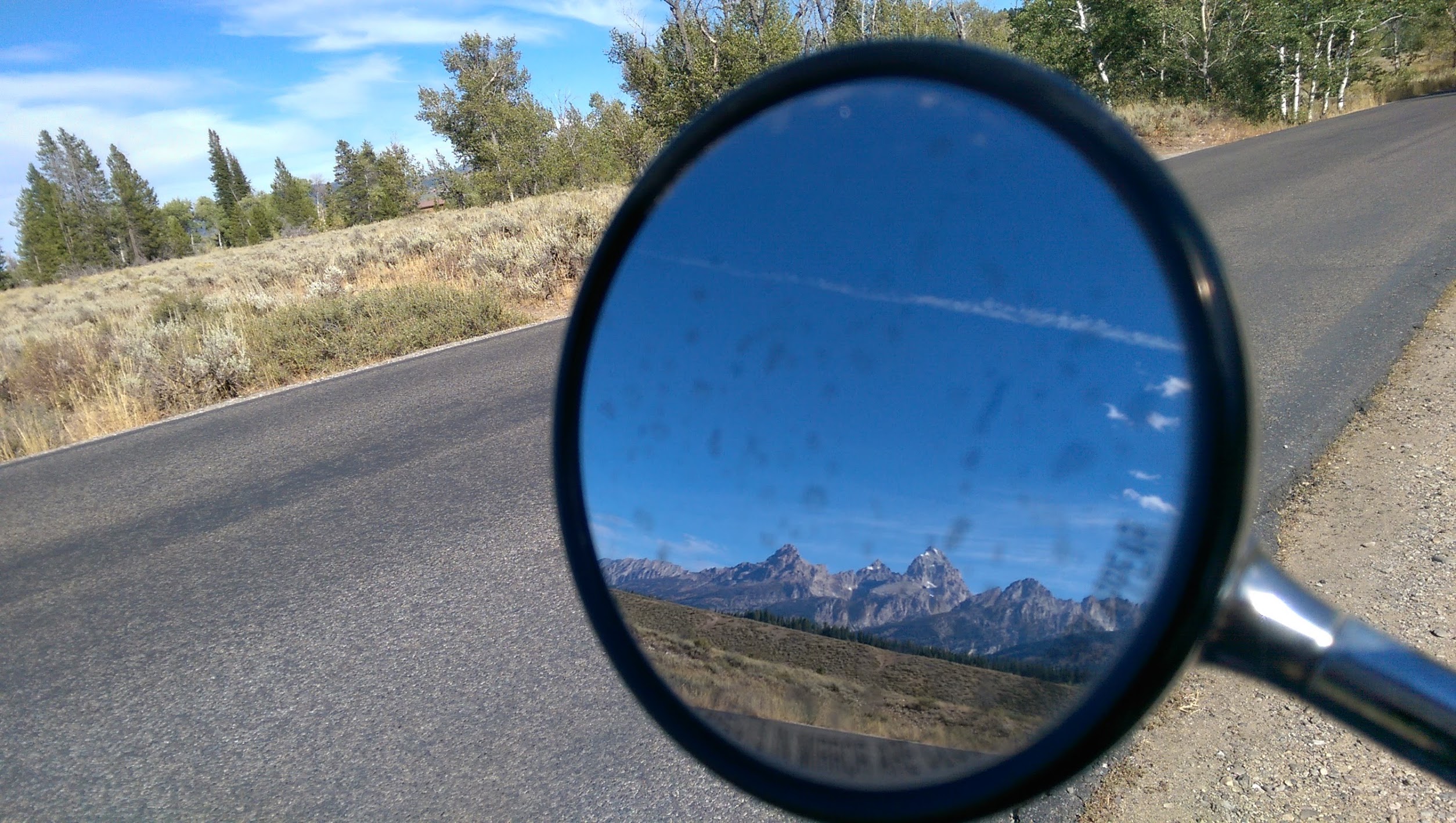 We drove through the park, beginning to worry that we wouldn’t be able to camp here after all as we rolled up to multiple campgrounds and were told they were full. We thought this was rather strange, especially given that the “high season” should be over as Labor Day has passed, and that it’s hardly warm enough now for many people to want to camp here… Eventually, we found ourselves at Colter Bay, which had loads of space. This is (as we saw today) bear country, so there are bear boxes and signs everywhere for how to deal with food scraps (don’t throw dishwater out outside; they have a special flushing sink for it) and trash. Another funny fixture was this toilet in the women’s restroom, with accompanying sign: 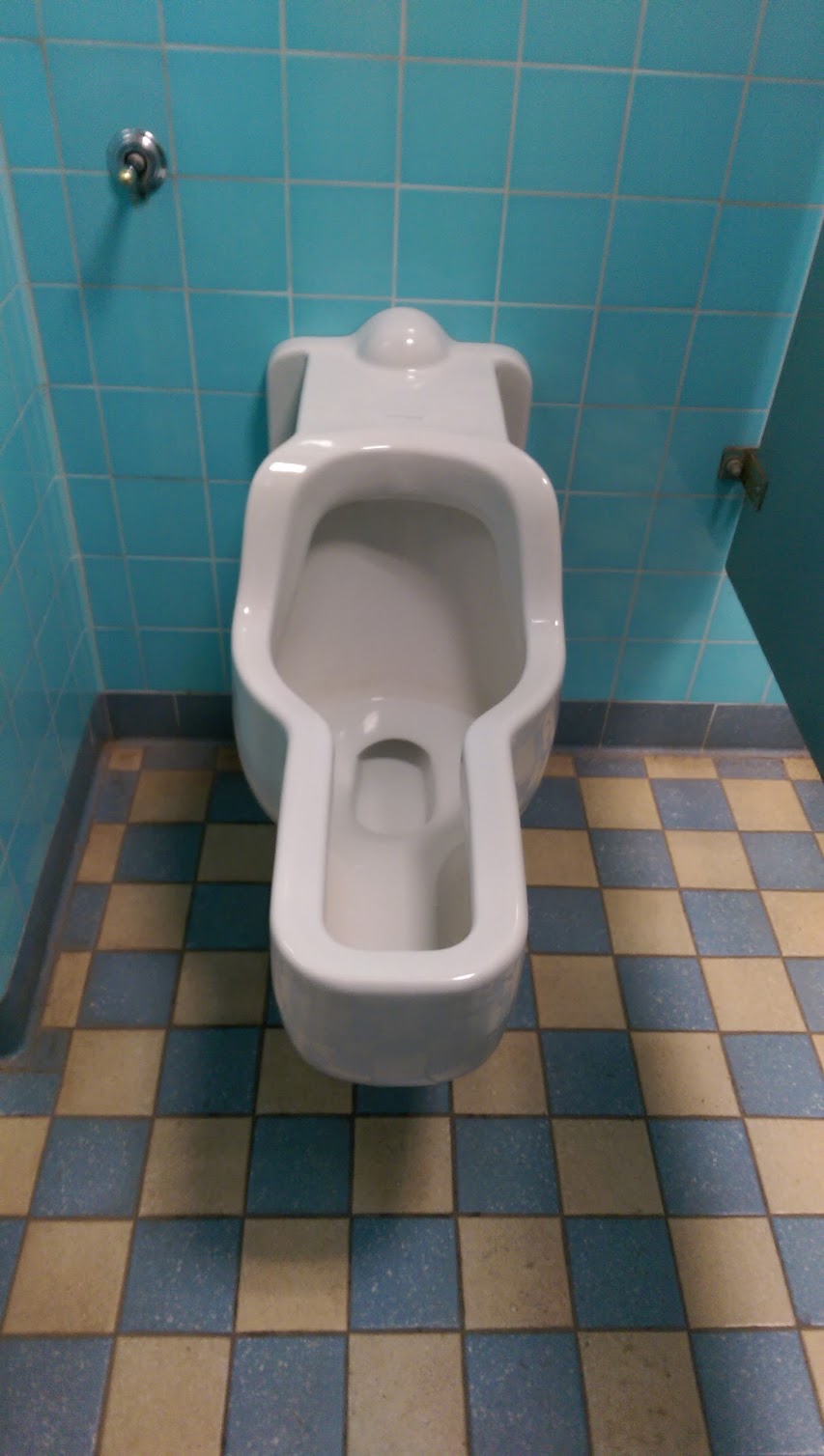 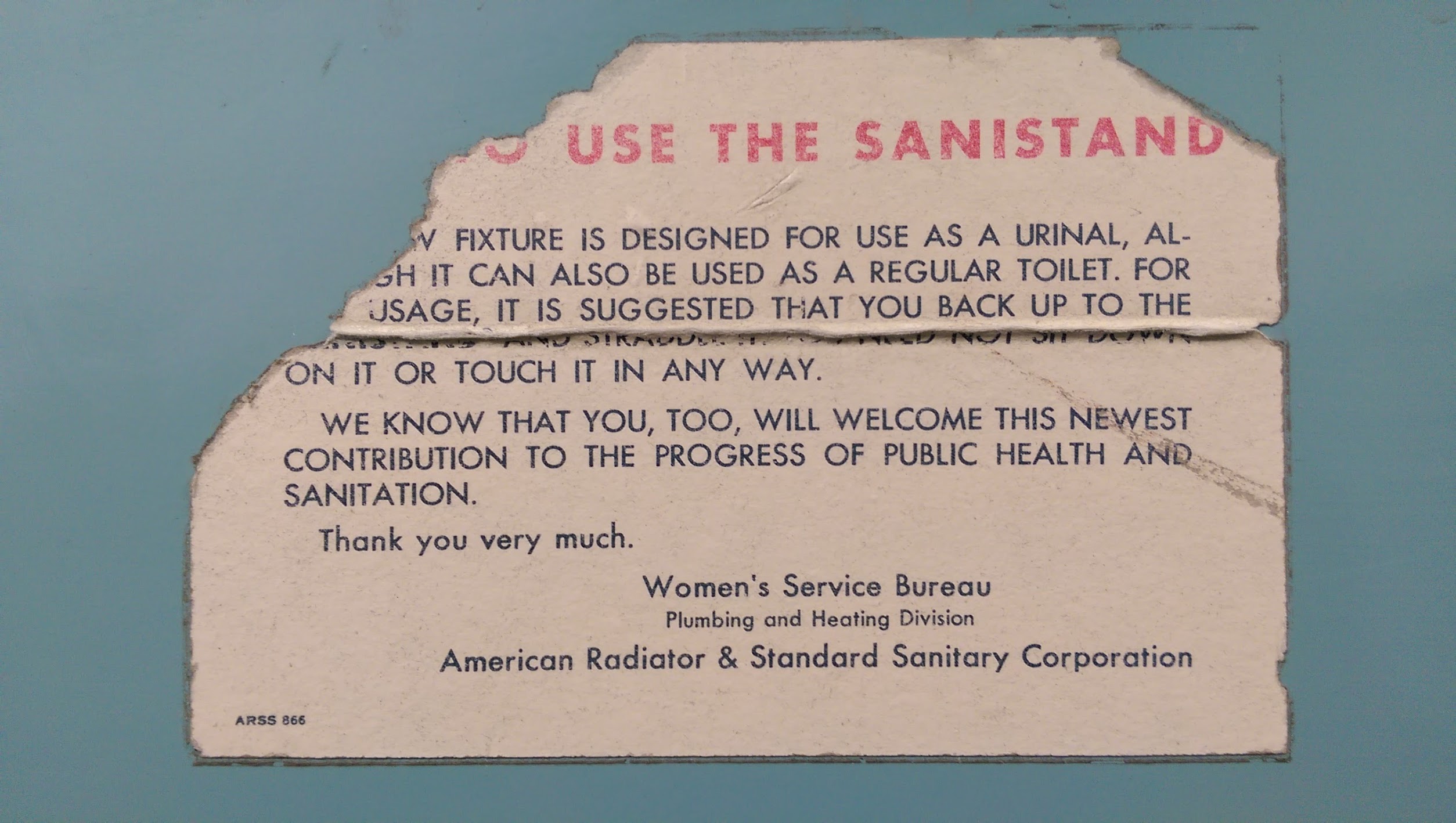