This day takes us past the forbidding black lava fields of Craters of the Moon to Idaho Falls, where we learn that there’s a lot of crossover between the RV and biker / ex-biker crowds… 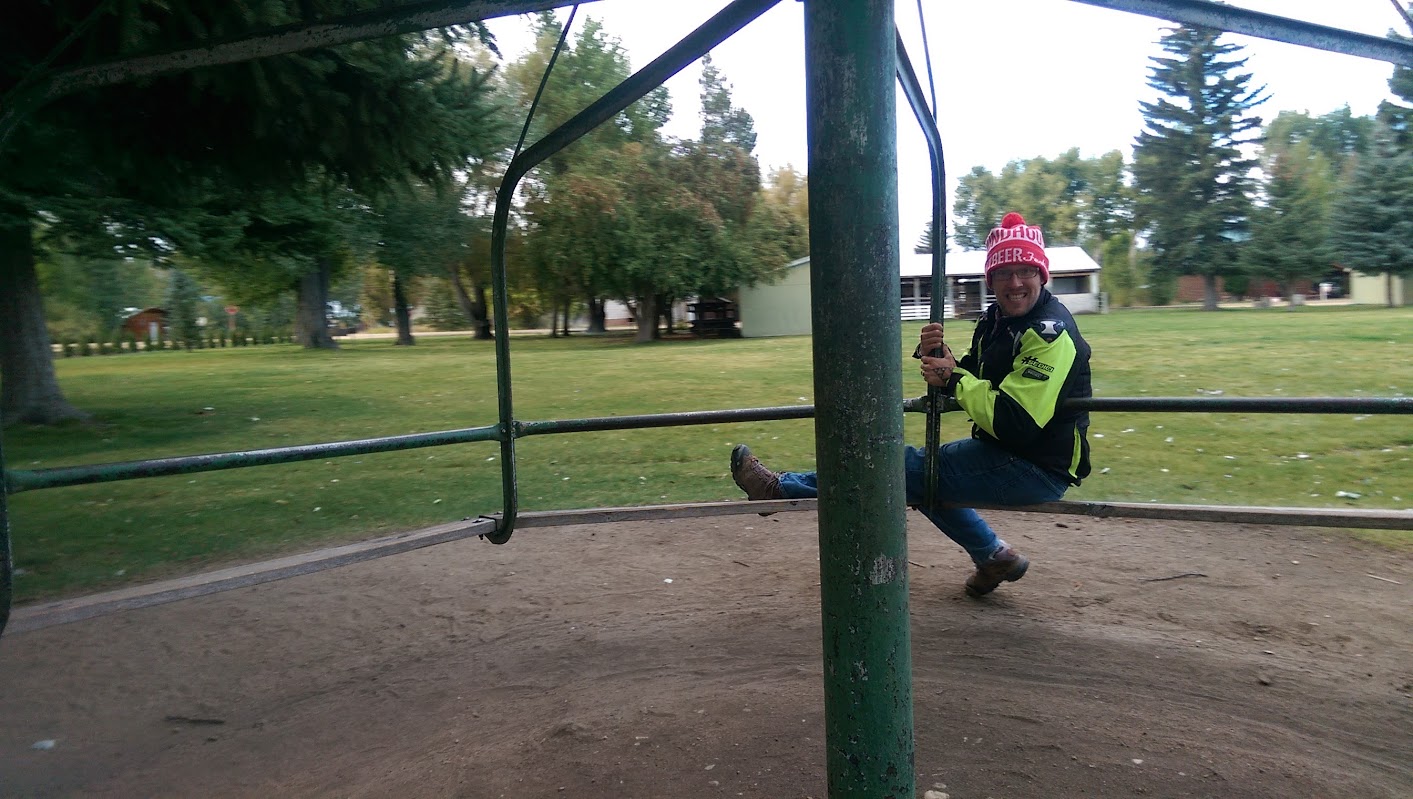 …and starts when the buzzing of the transformer box that powers the lights in Fairfield’s town park shuts off at 7am promptly. Actually, we’re up a bit before that. The caravan-shaped bandstand made an excellent shelter from last night’s wind and rain, both of which seem to have past us over to leave a cool, crisp morning behind. A bit too cool for riding, if you ask me, so we brew up some hot tea to accompany our breakfast picnic.

There were some rowdy teenagers in the park last night - they left us alone, but managed to upturn the garbage can in the ladies’ restroom. I mean, come on; this is some low-grade hooliganism here. (They’ve also TP’d like two tiny pines.)

Even with the tea and the rising light of the morning sun, the ride out of town is bitterly cold. No sooner have we reached Picabo - only about 30 miles into the day - than we have to spend some time in the great indoors to warm ourselves up. This is a bad sign given that we’re headed into the mountains! We make a mental note to grab some more thermal gear in Idaho Falls. 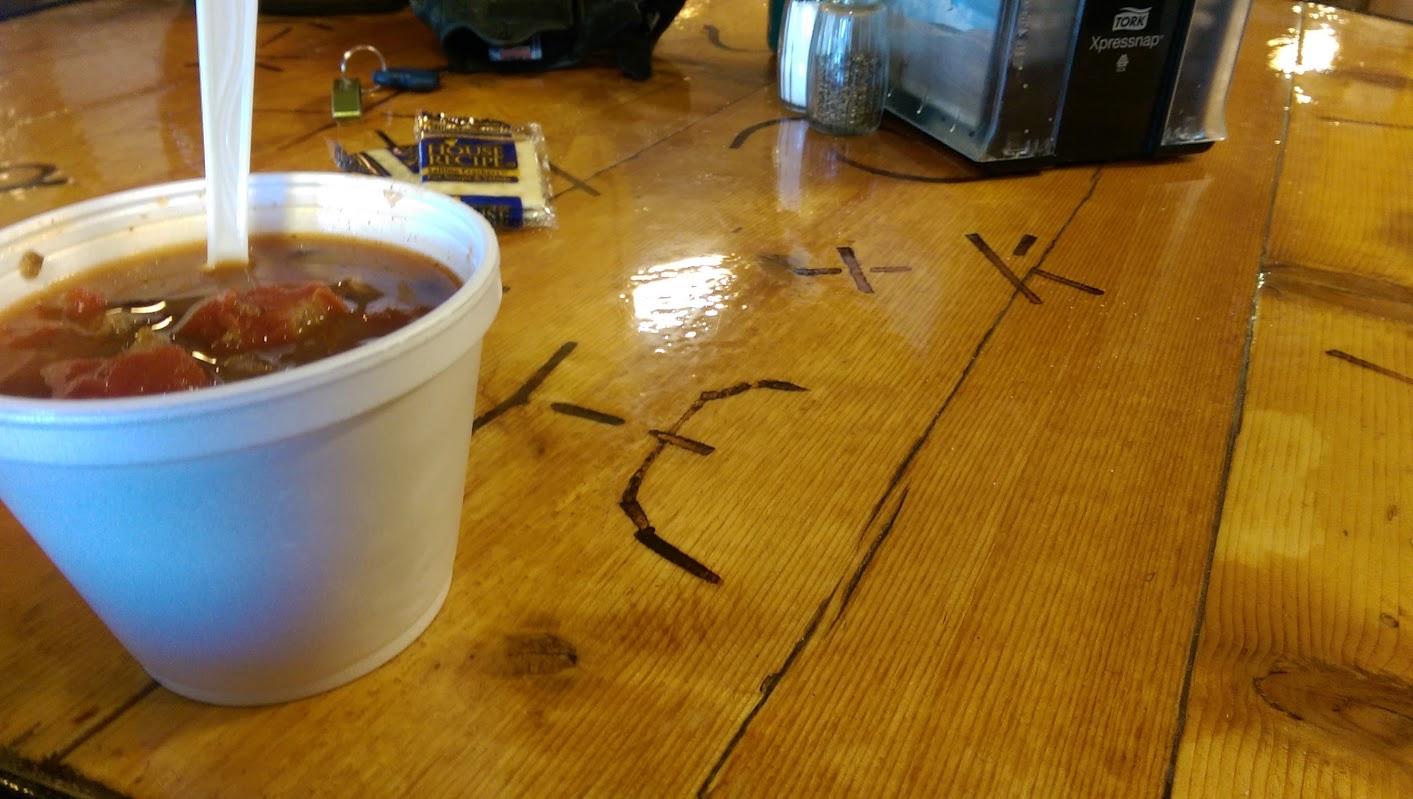 While battling hypothermia over some chili and tea in the Picabo general store, we discover that this area was a favorite haunt of none other than Hemingway himself, known to the locals as a straight-shootin’ eagle-eyed hunter who didn’t throw his literary weight around. The general store has a section of wall dedicated to mementos of the famous author.

We continue our journey around 11am, by which time it’s heated up nicely outside. Before long, the sweeping Camas ranchlands give way to stark fields of hardened lava - for us, there’s a nicely paved road, but to the Oregon Trail settlers who took this route long ago as a means of avoiding conflict with the Shoshone along the Snake River it was hell on earth. The volcanic rock could reach 170 degrees at surface in the heat of summer, and the landscape offered little in the way of food or water. 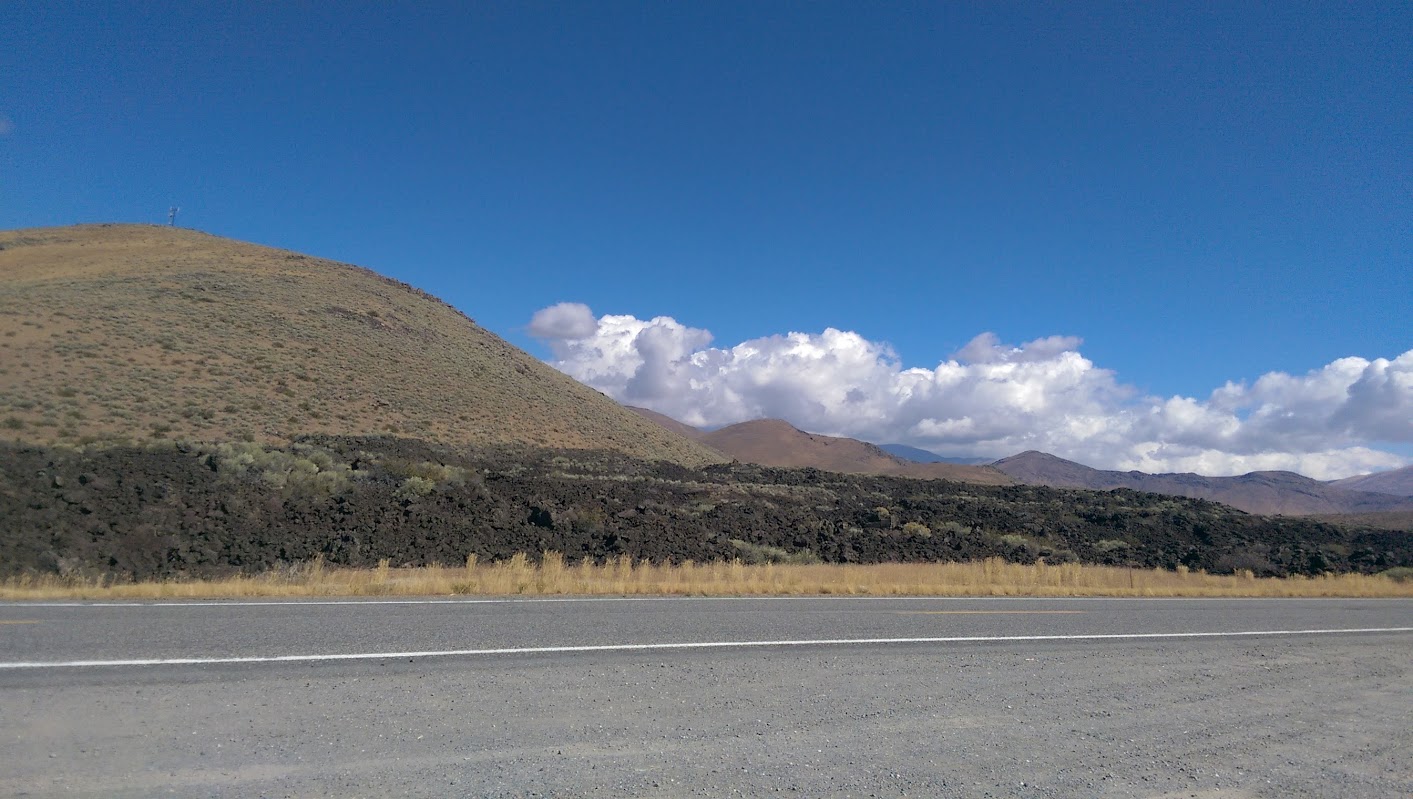 In Craters of the Moon, we take a short hike up a volcanic scree slope… 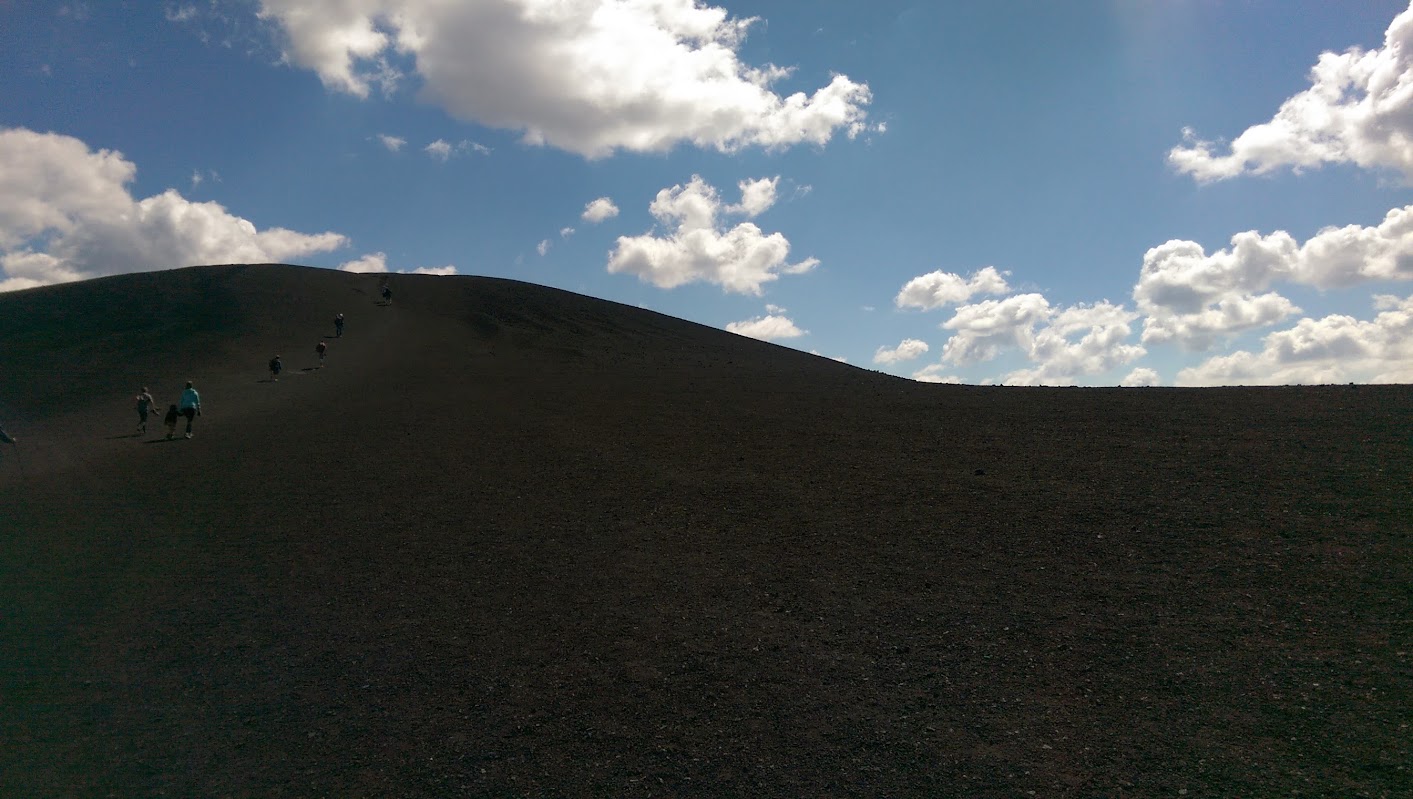 …then head down into the Indian Tunnel lava tube. The former offers a spectacular view of the lava fields in their various stages of greenery - some areas are nearly barren, whereas others have built soil enough to support the occasional tree. 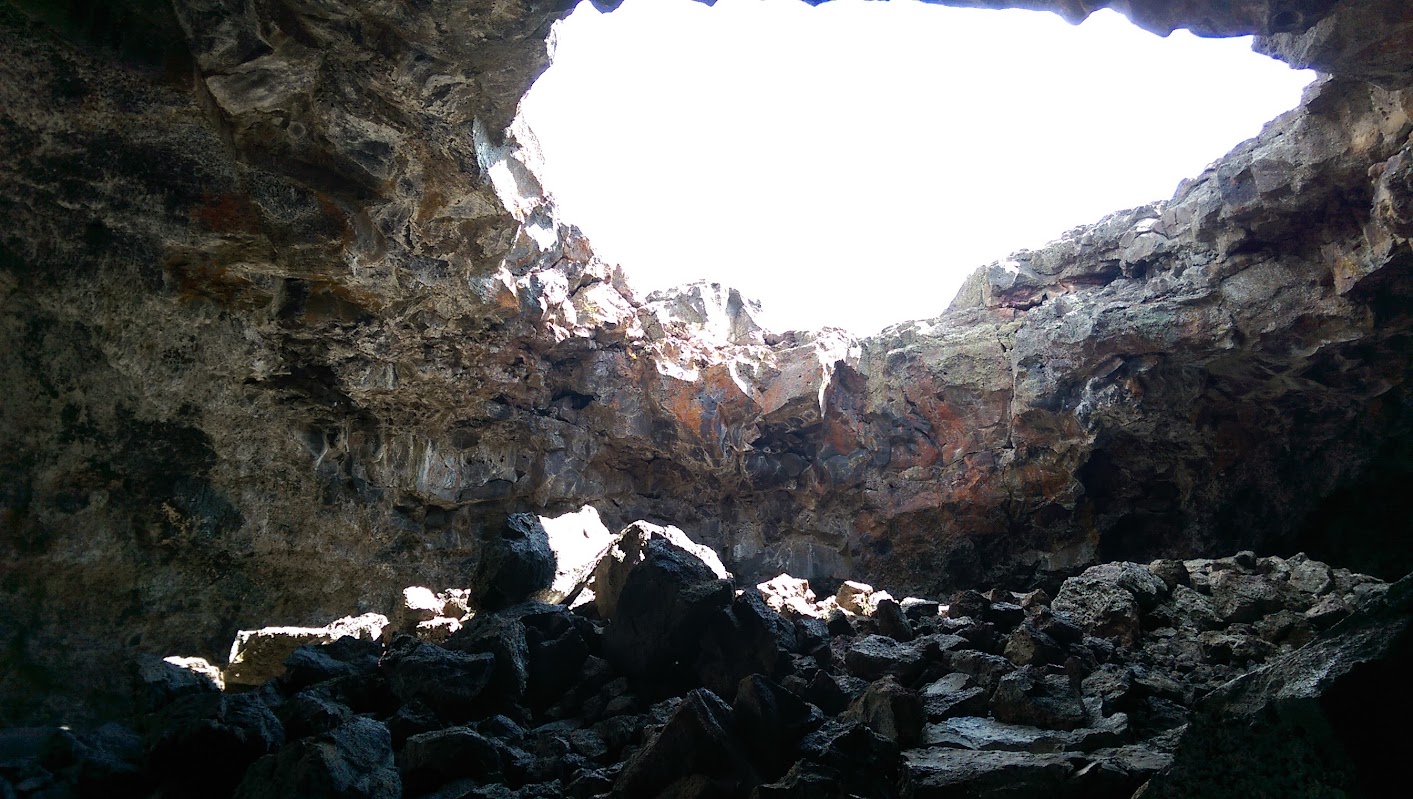 Further down the road, we stop in Arco for a spot of lunch and learn that it was the first city to be powered by nuclear power. Why Arco? Well, just down the road is the Idaho National Laboratory, 900 square miles given over to scientific, industrial, and military research. During World War II, the area served as a testing ground for conventional (non-atomic) ordnance. Afterwards, they conducted research into nuclear power generation, culminating in the first enrichment station that could produce a net energy gain. 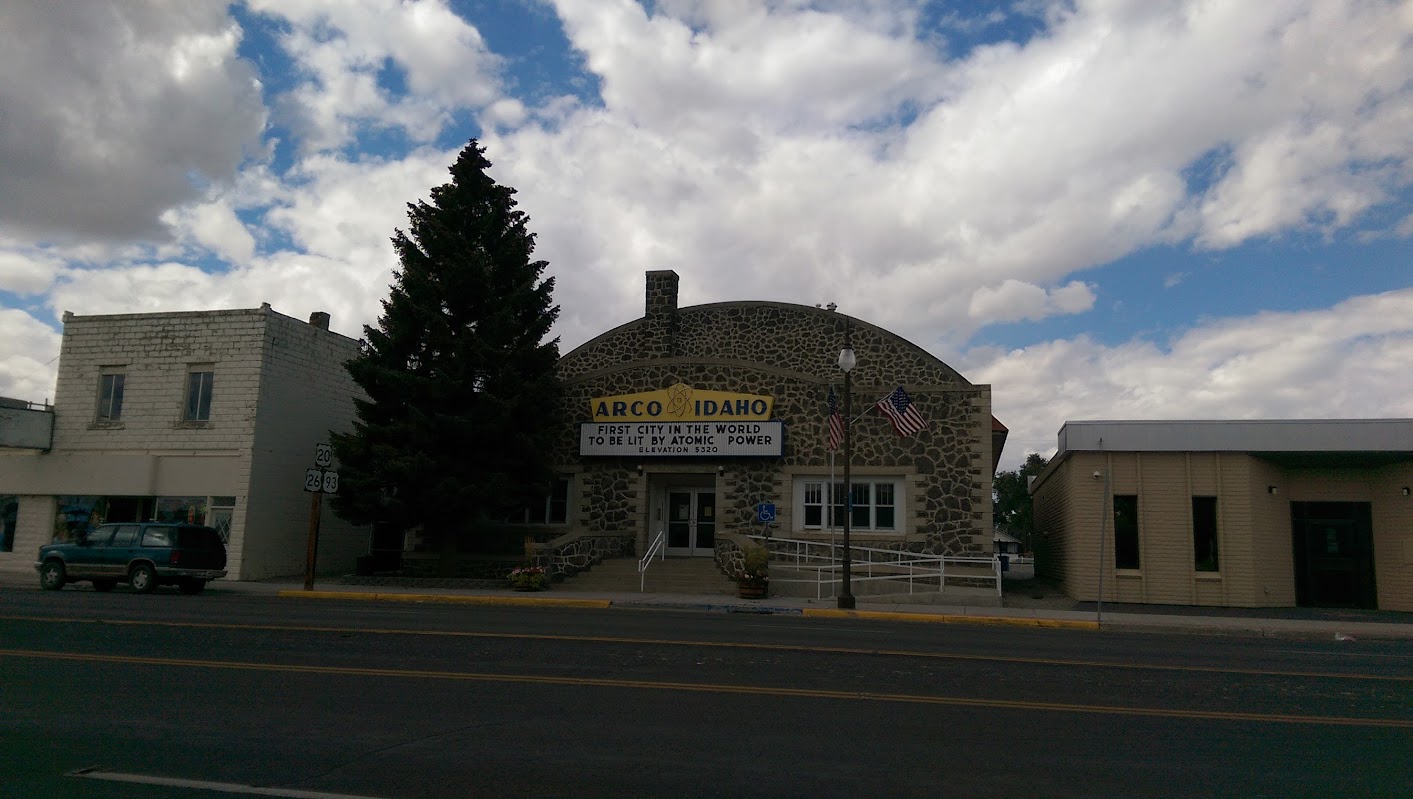 Arco also has a peculiar tradition: every year, the graduating class inscribes their year into the surrounding hillside. 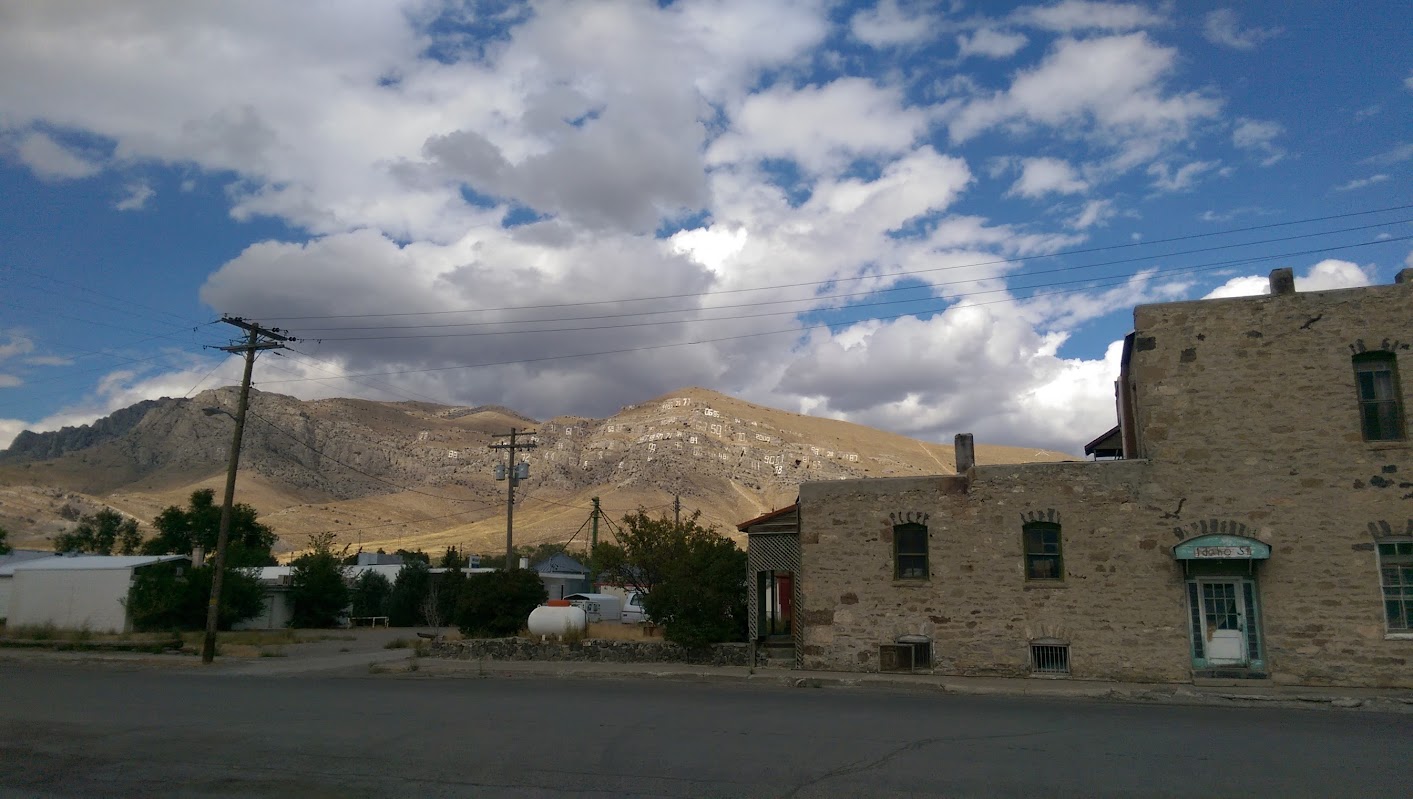 There’s another small section of volcanic rock along the highway into Idaho Falls, which some wiseass dubbed Hell’s Half Acre.

Finally we roll into Idaho Falls, where the local tourist office is closed for Labor Day. We finally end up at an RV park just out along the river, which offers both showers and a hot tub! In the hot tub, we meet an older couple and soon find ourselves swapping stories of the road - bikes owned (which in our case is a rather short list), places visited, perils narrowly avoided. Seeing as how we’re headed up into the mountains, they hand us some old pairs of thin gloves to use as liners. (Our gloves are probably the least insulated of all our riding gear, so this is much appreciated.) Another couple in the hot tub just came from the Grand Teton / Yellowstone area, and they pass on some maps and brochures from the parks. 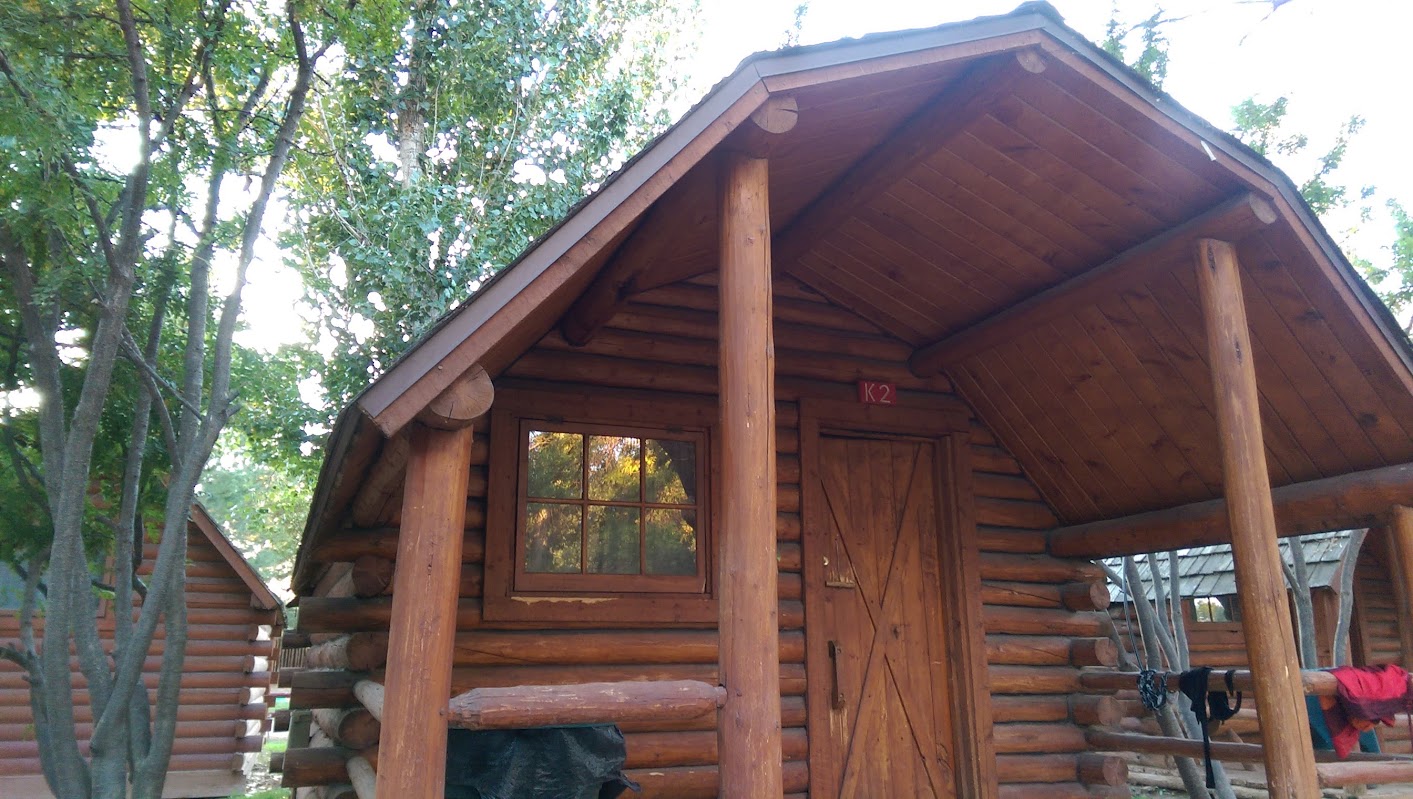 We opt for the cabins in the RV park - it’s supposed to get down to freezing tonight. (Of course, it’ll do the same up in the parks, but paying an extra $20 to avoid one more night of huddling in our sleeping bags seems well worth it.)

Tomorrow we head into the Tetons, one of America’s most striking natural features. Are we ready? Only one way to find out…