We had a humanizing morning in Boise, going for a jog, doing some reps on an outdoor exercise park, eating a nice continental breakfast at the Safari Inn, and showering a final time. The Emperor was waiting patiently for us downstairs, parked in the hotel’s lot. We saw another parking lot down the street: $4/day. I’m not sure you can look at a parking spot in Oakland for an entire day for $4.

I took the morning shift again, as my automatically-tinting glasses make it a bit easier on my eyes to stare into the sun. We made a brief stop at a Win Co. foods. Win Co. is awesome! It’s a worker-owned supermarket chain, which has almost everything in bulk. Bulk bagels, bulk cereals, bulk coffee of various kinds, bulk nuts, bulk candies, bulk spices, etc., etc. It makes shopping for very small amounts of food much easier (what use would we have for a full loaf of bread? It’s hard to even store that on the Vespa.). As befits Idaho’s apparent obsession with microbrew, there was a growler fill station in the store. They even had a faux meats section, so for lunch we enjoyed vegetarian sandwiches on fresh bagels. We also stocked for dinner tonight and tomorrow. Win! 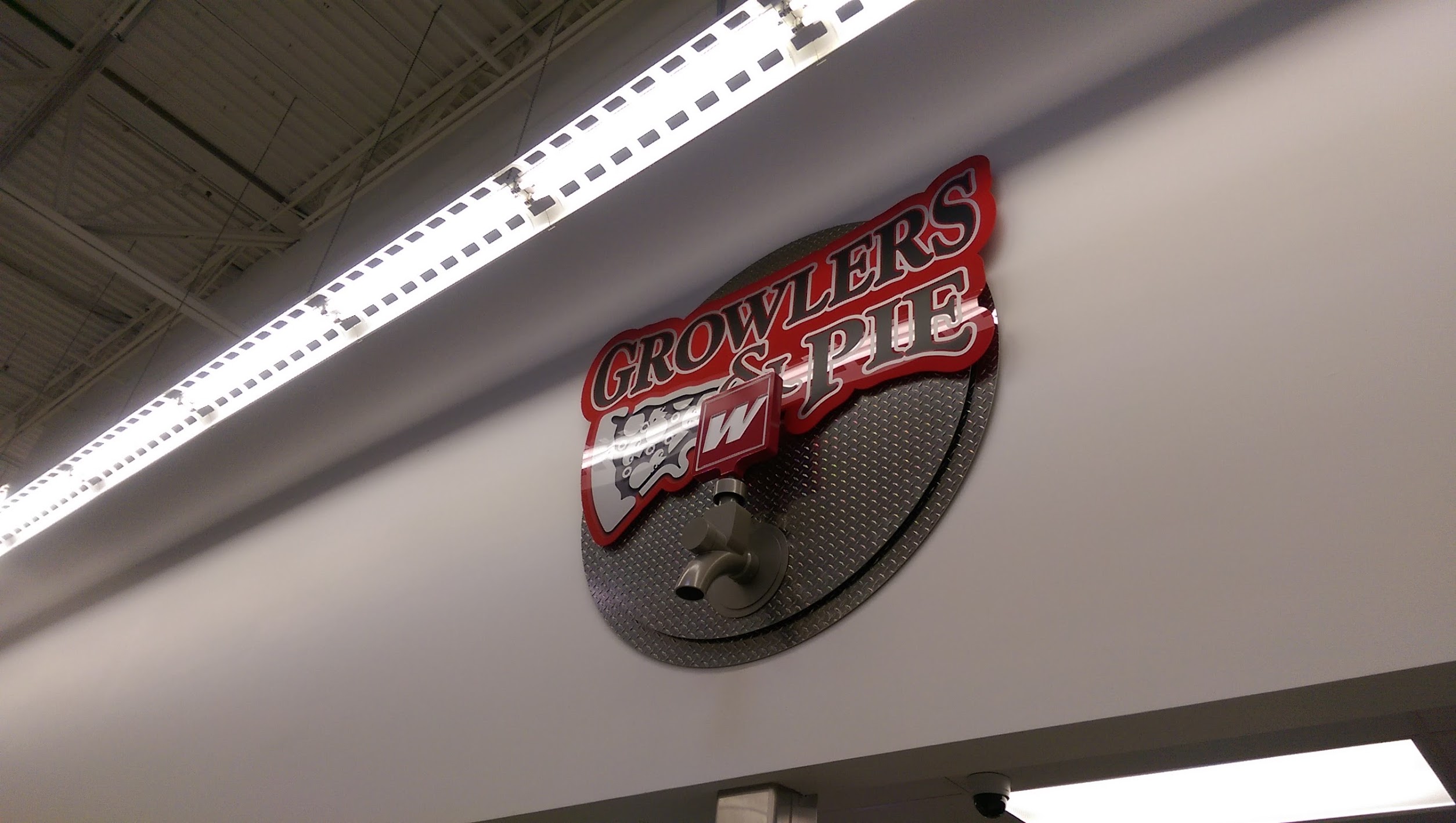 A confusion of highways later, we found ourselves whizzing down the freeway. Idaho’s road network is pretty sparse in this area, and more than that there aren’t many exits. I was driving with white knuckles as I watched the gas drop lower and lower on the meter, trying to count the miles to Mountain Home (the next Thing of any substance) and estimate whether we’d make it.

We did make it. The ride there was wet, which was something new for us. Not tremendously wet, but there was definitely water coming from the sky. This was a first for us! We wrapped ourselves in more clothing once we got to the gas station, wearing nearly everything we had. We pushed on.

The road wound up into the mountains. Not only was it wet here, but it was cold. It’s funny, because we spent an awful long time telling folks about how we’re excited to move to someplace where there’s weather, and where it gets warm and cold for real, etc., etc. Well, we’ve never ridden the Emperor up anything more than a hill, and the coldest ride we ever did was maybe 50 degrees (at 5am across the Golden Gate Bridge). I can’t say we really found ourselves relishing our newfound exposure to weather and seasons up on that Idaho mountain. 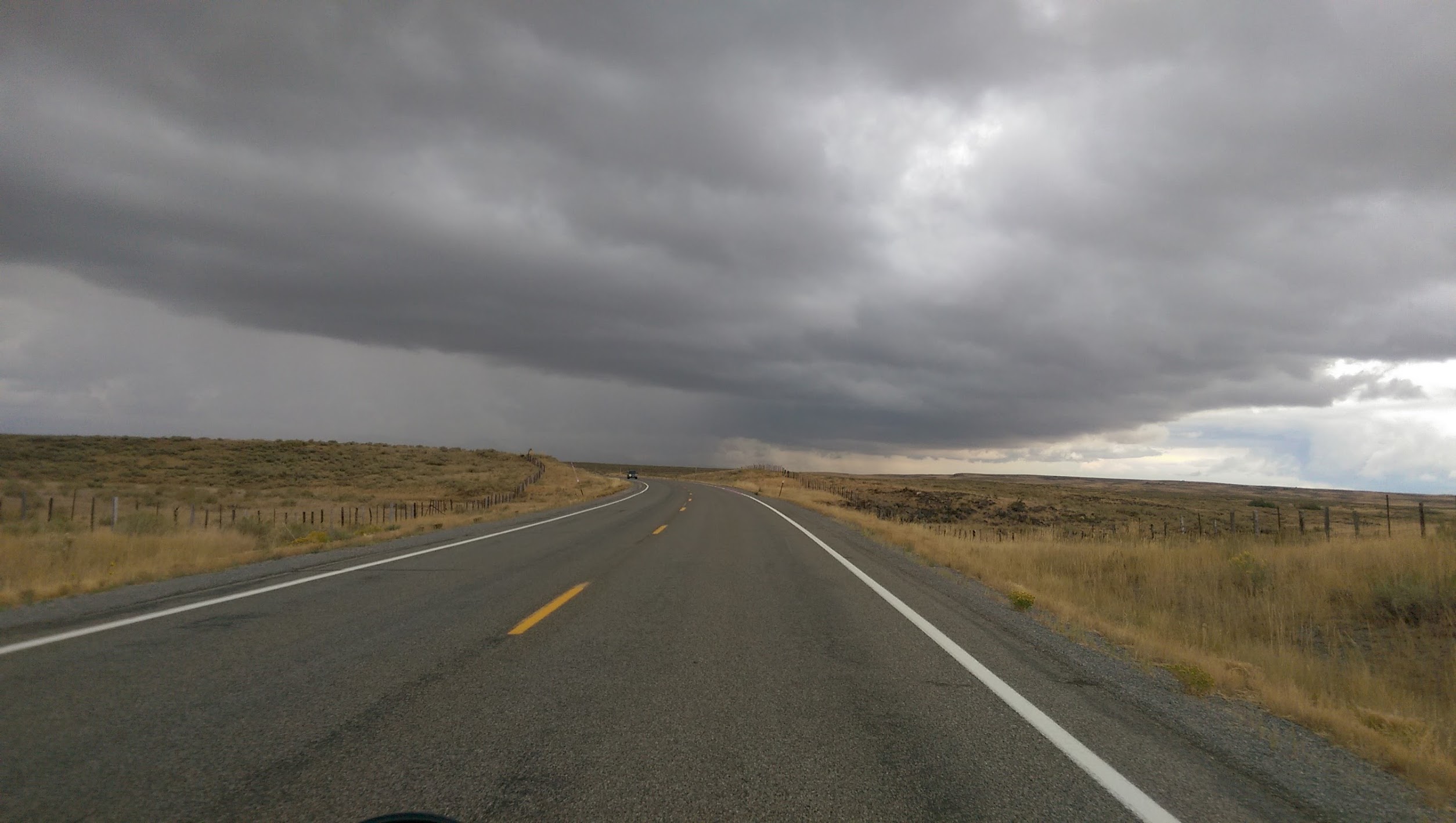 We raced the rain. Once we’d gotten over the mountain, we could see plains forever, ringed by more peaks. Huge thunderstorms, rolling across the flat expanse, loomed over us. We squinted ahead to see what the road was planning to do, but it was hard to make out. As we neared the first town out on the flats, Fairfield, I saw an opening to miss the worst of the wet. We hit the top speed of our trip: 75mph. (Stunningly, the speed limit in many places in Idaho is 80!!) We beat the rain.

In Fairfield, we rolled up to the tourist information desk, housed in a converted railway car. The woman inside looked curiously at us as we shivered off droplets of water and asked questions very fast about where to pitch a tent. She advised us that the city had free camping in its park, and we rapidly bade her goodbye and drove that-a-way. We managed to pitch the tent before the rains came.

The next stop was someplace to get warm. In this case, since it was Labor Day, only two places in town were open: the diner and the gas station. We hung around the diner for a while, munching on Hot Tots, which are a delightful combination of tater tots and jalapeño poppers. They were warm, and, in the end, so were we.

Back to cook dinner. The rains had temporarily laid off, so we moved our tent into the bandstand of the park at the suggestion of a local. It made for a pretty funny site, but it gave us a covered space for the tent and also in which to cook. Dinner followed shortly, and we took a brief stroll around the town. Even here, in a town of some 400 people, there is a brewery. 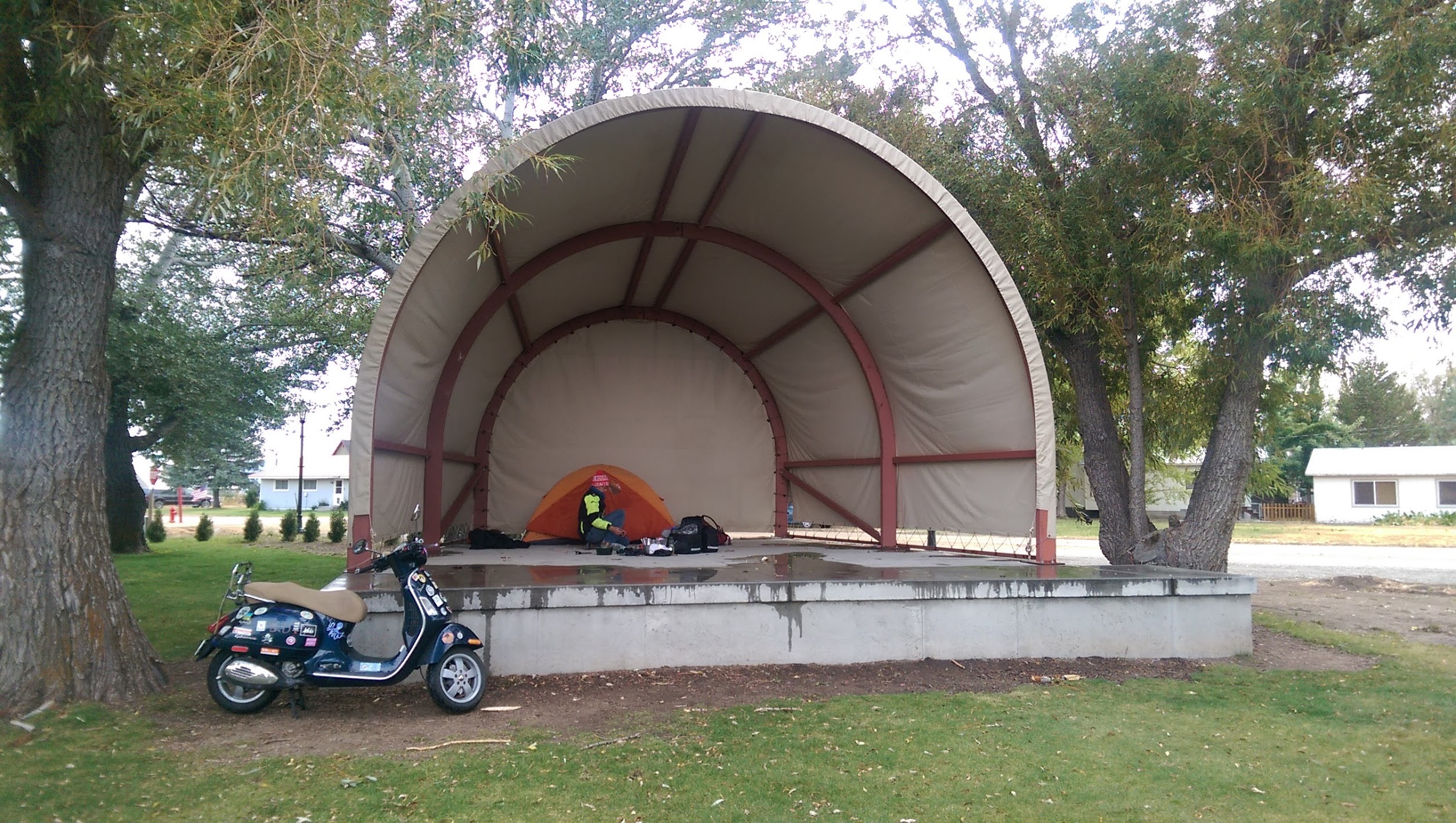