Today we hit our third state: Idaho, famous for potatoes! That might sum up all we know about Idaho so far, but we’re aiming to flesh out that mental picture of the oddly-shaped state. 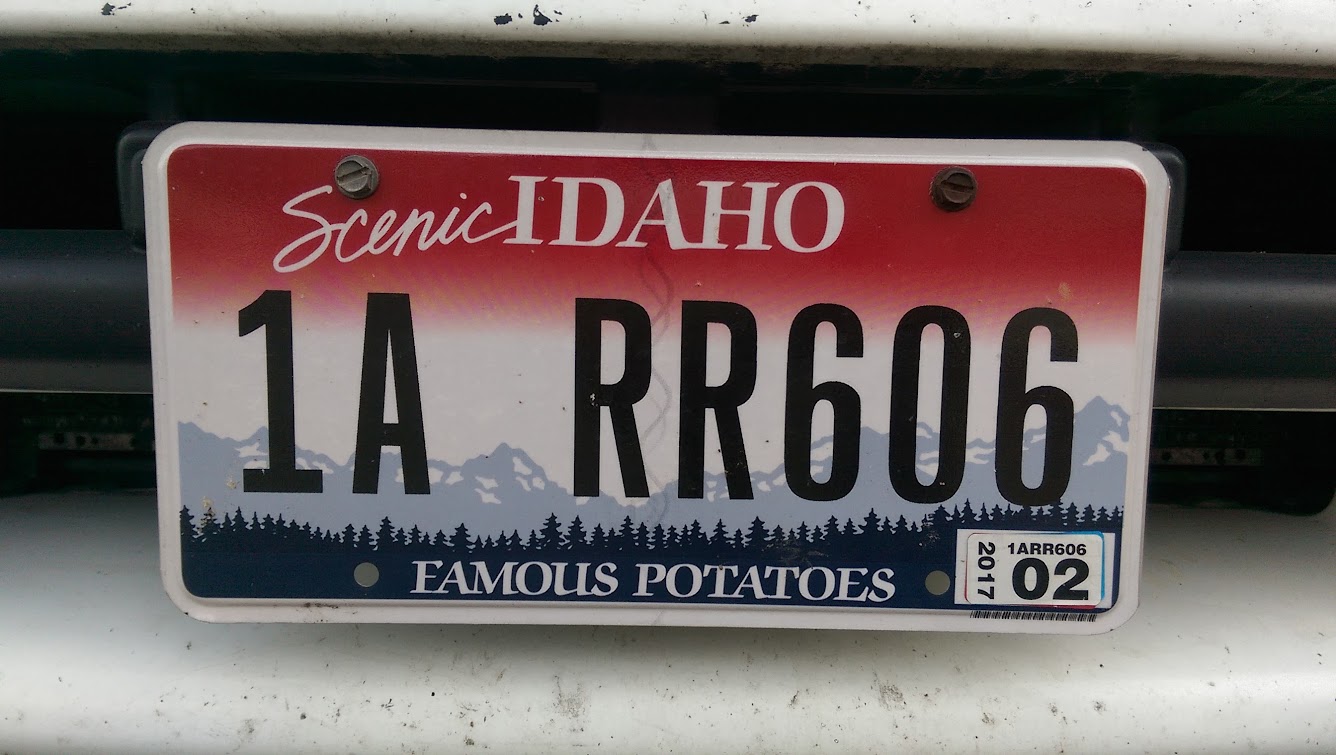 A spot of cold keeps us in our tent a bit longer than usual - it must be down to low 40s, or maybe even high 30s. One upside of this is that we now know our fleeces and inflatable pads were good purchases warmth-wise: between these, the sleeping bags, and our clothing, we could probably make do in near-freezing temperatures. Good thing, too, as we’re expecting such weather when we head up into Yellowstone, where year-round snow is not unheard of…

To warm ourselves further, we stop at the Austin House (named after now-gone logging town Austin) for some warm beverages. We share the diner with a fleet of bikers out on some kind of group ride - if the license plates are to be believed, one of them is the CFO (of what? We never learn…) 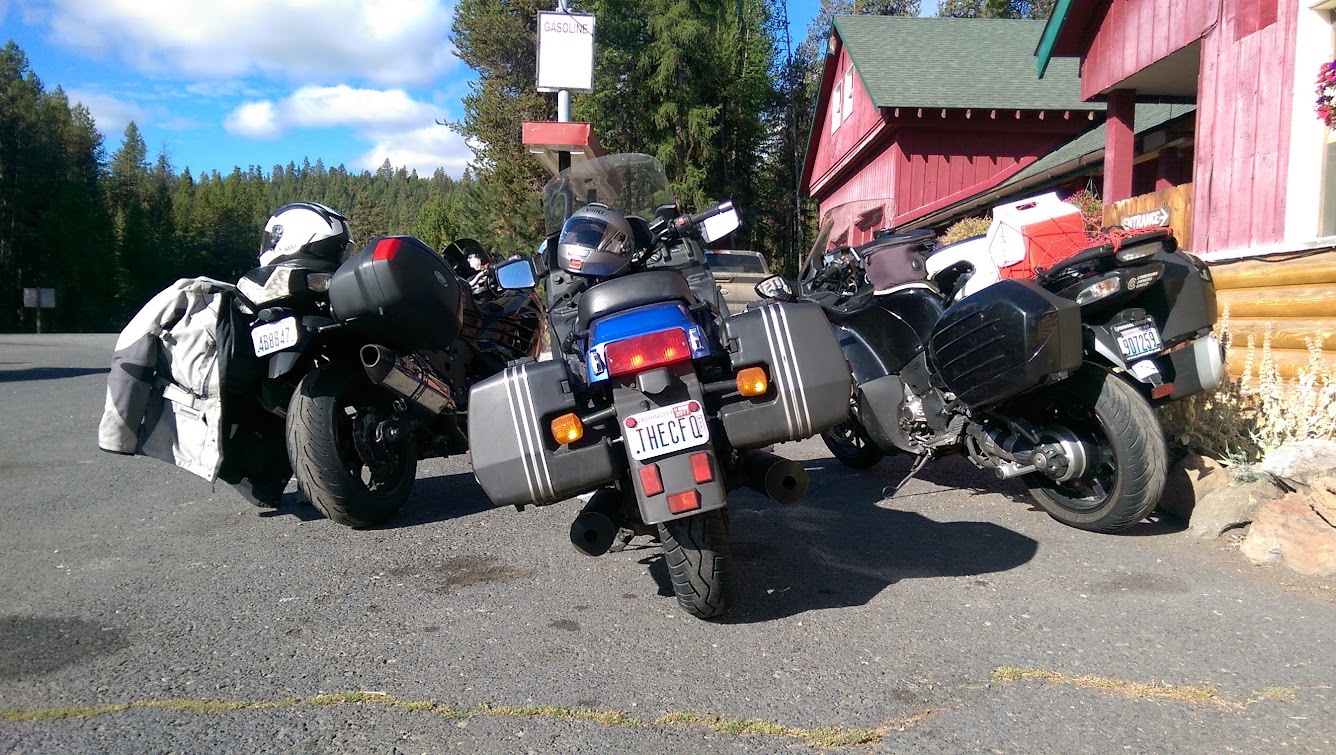 Further down the road, we roll into Unity, a town of 70 whose entire K-12 population is 23 (and this probably includes kids from surrounding small outposts). More remarkable is the enormous fire camp that’s set up outside the school: 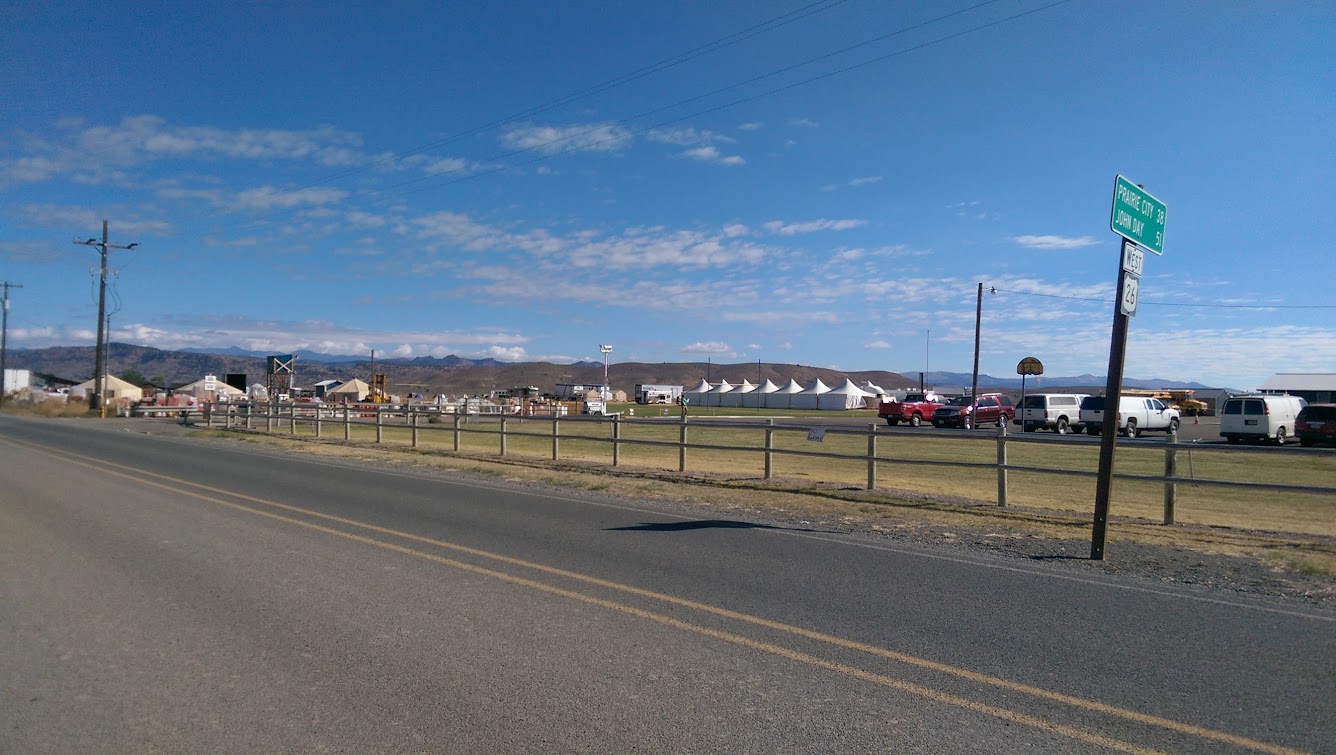 We run into one of the firefighters at the gas station on the way out of town, a jocular learned fellow who informs us that the real camp is 200-strong up over the ridgeline about 10 miles out of town, and that the fire has so far claimed 40 000 acres. From here, only the faint scent of smoke serves as evidence of the fire’s terrible power. (We also learn from him that mill and mining equipment from the old towns around here often resurfaces in third-world regions such as Zimbabwe, where it’s a step up in both safety and efficiency from previously available resource extraction technologies.)

Before we hit Idaho, there are more temporal matters to attend to: 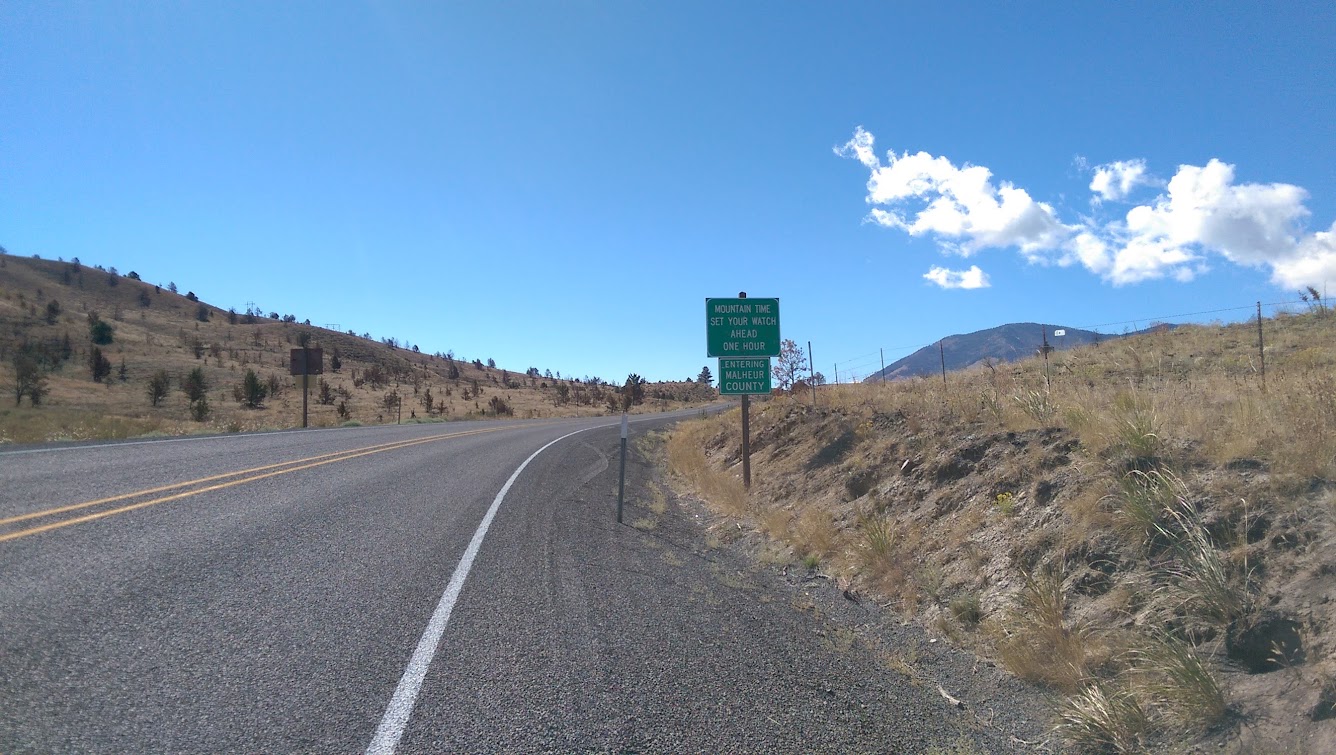 Further down the road, we come across the Harada Japanese Garden, a sort of acknowledgement / memorial to the Japanese farmers that settled in this area a while back: 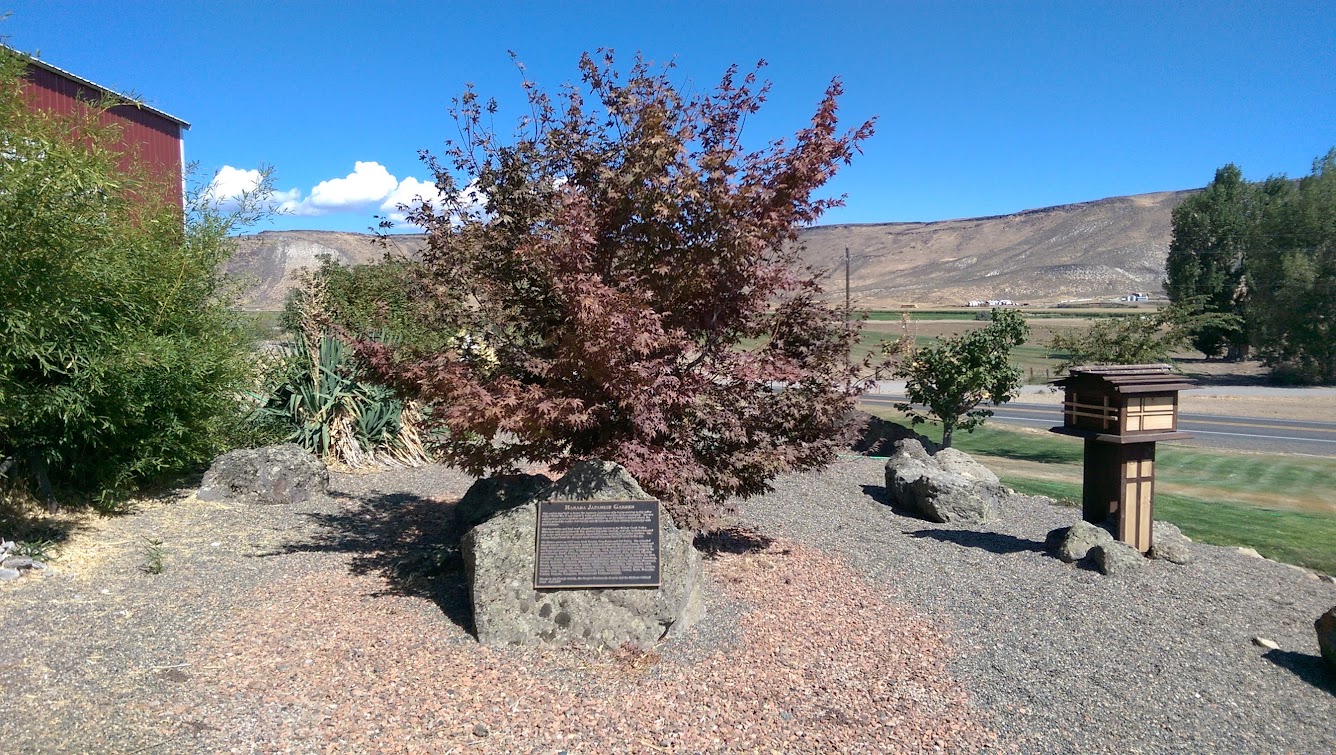 One thing that’s become clear on our travels through these parts is that every corner of this area is chock-full of stories and past lives: old logging towns and railroads, immigrant settler communities, failed resort towns…and through it all, the steady turn of agriculture, which has persisted on as the region’s primary economic base.

(Another thing: the plaque notes that the Japanese arrived before World War II, but carefully avoids any mention of what happened to this town’s Japanese community during the war. Were they herded off to internment camps, or did the town help shelter them from this indignity? We will likely never know.)

Of course, this should hardly come as a surprise; we’re on the Oregon Trail! 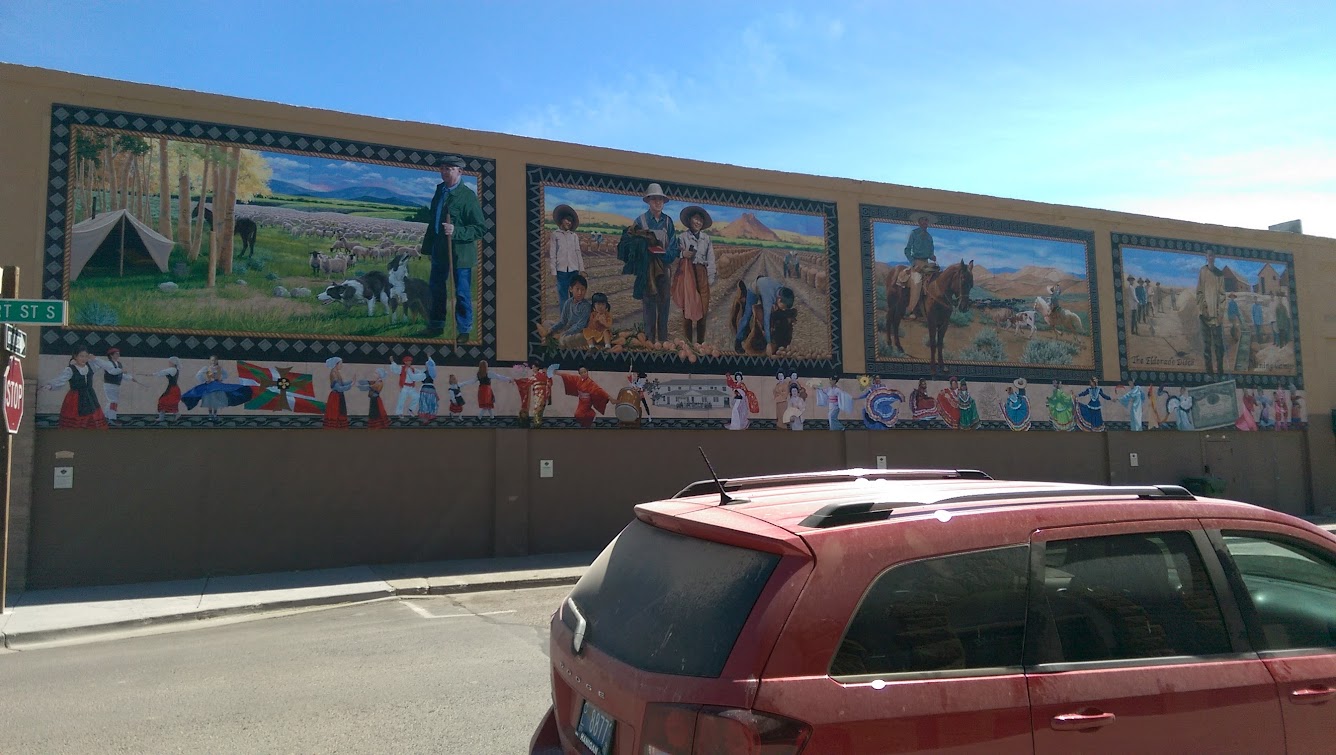 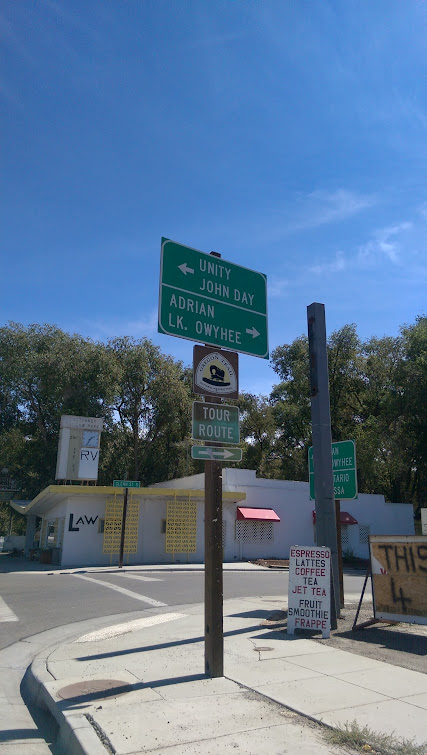 In case we need one last reminder that, yes, we’re still in Oregon, here it is: 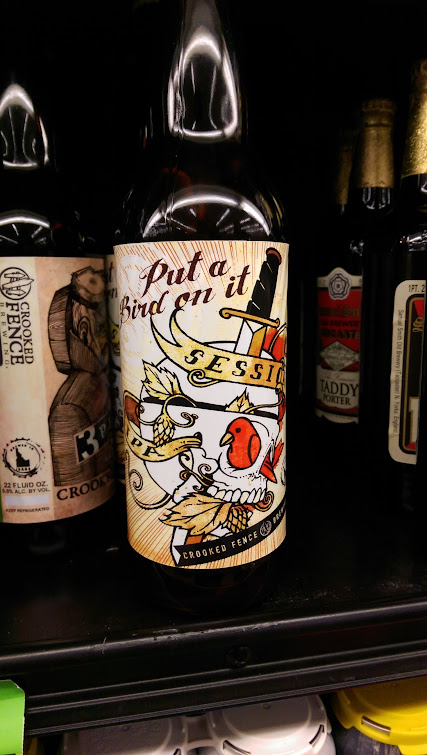 …but not for long, for soon we’re crossing over the river and into Idaho… 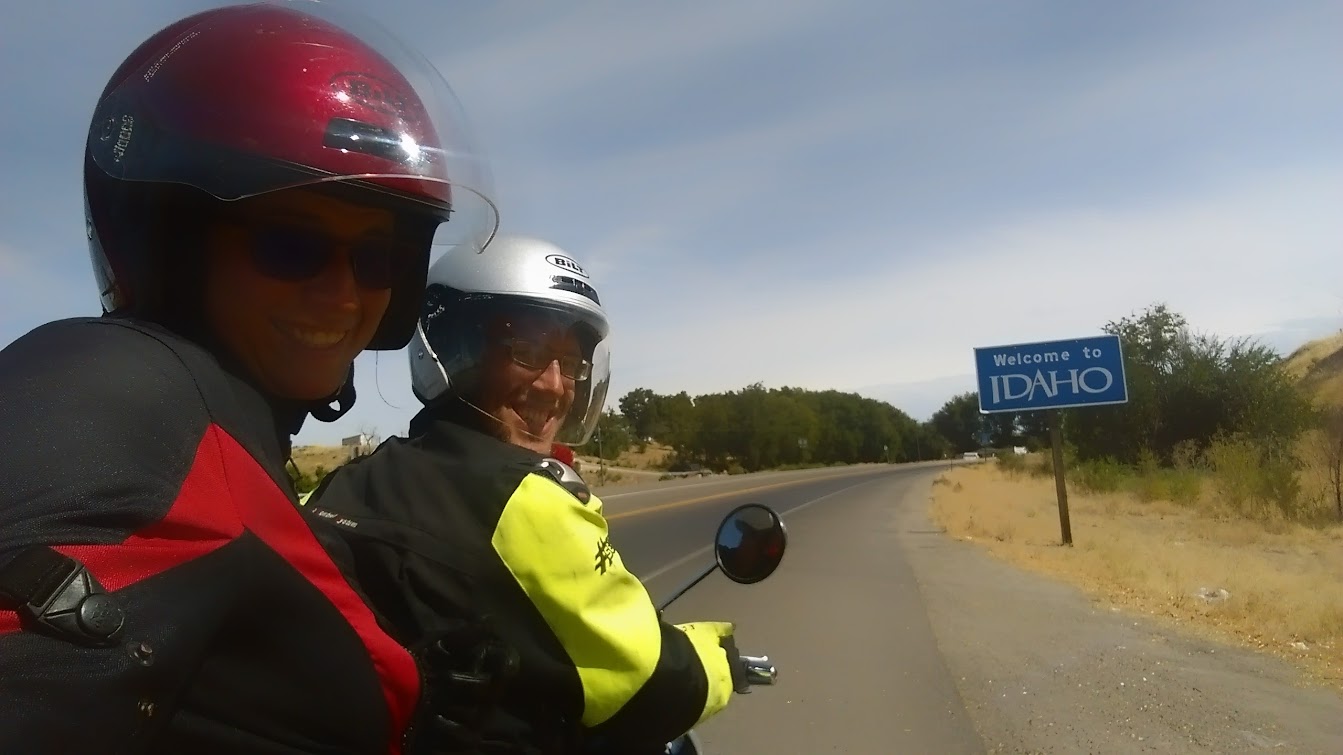 …where it turns out that they grow things that aren’t potatoes too! 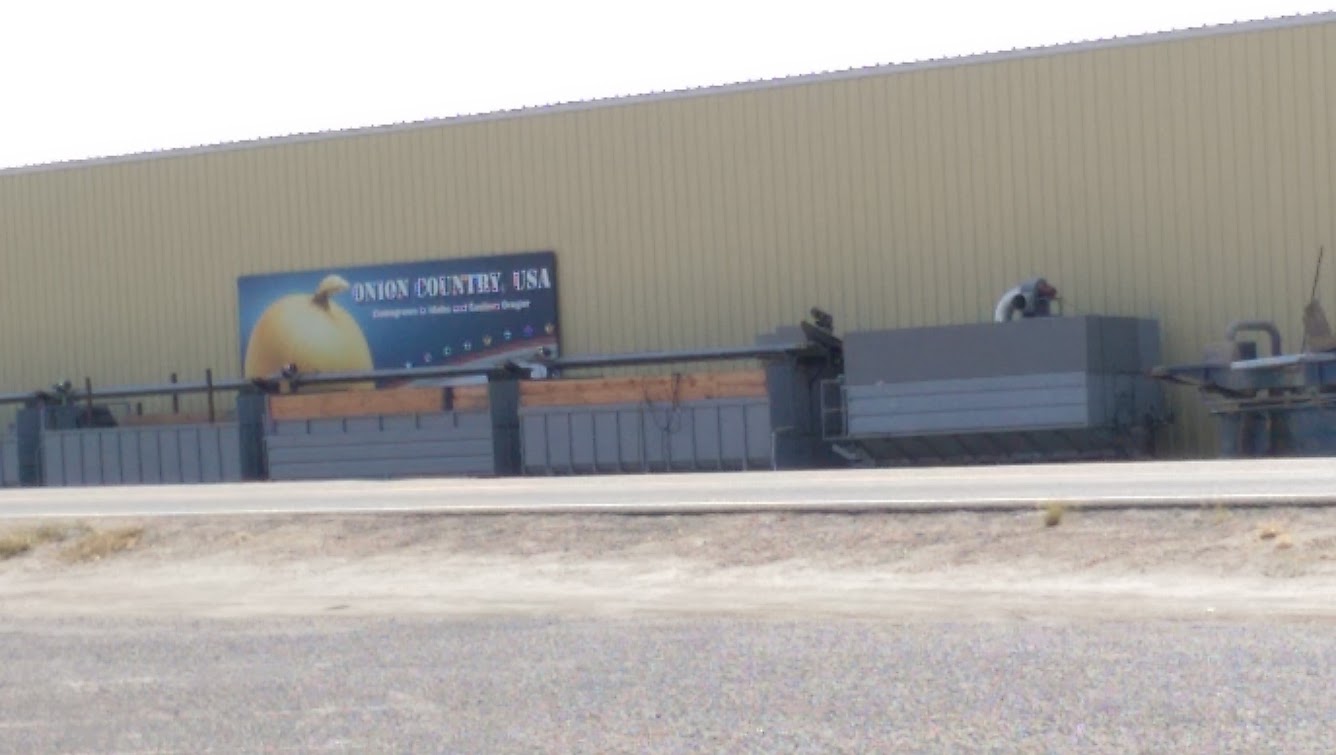 (Tongue-in-cheek tone aside, we also spot corn, sugar beets, berries, and a host of other agricultural delights.)

Upon entering Boise, the first thing of note is a church sign that reads “You can find Pokemon AND Jesus here.” We’re no longer in the Pacific Northwest.

Entering the downtown core, we immediately note that they have a bikeshare program: 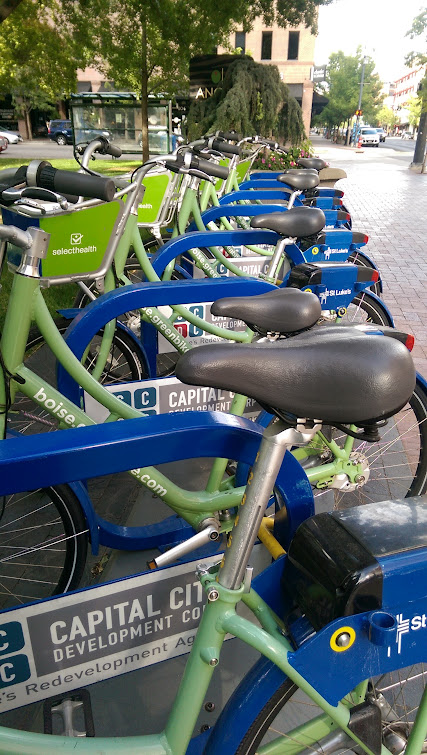 These have become incredibly popular over the last several years, surfacing in cities from already-fairly-bike-friendly SF to Indianapolis. We also learn that Boise has a prominent Basque community, further adding to the unexpected learning about immigrant communities running through today’s travel: 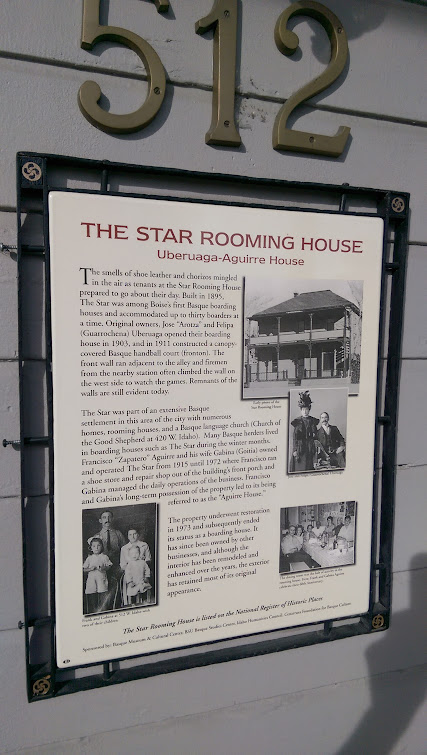 All this serves as a reminder: from coast to coast, immigrants have been an essential part of America’s development and prosperity from the very beginning.

There’s also, of course, craft beer to be had in Boise: 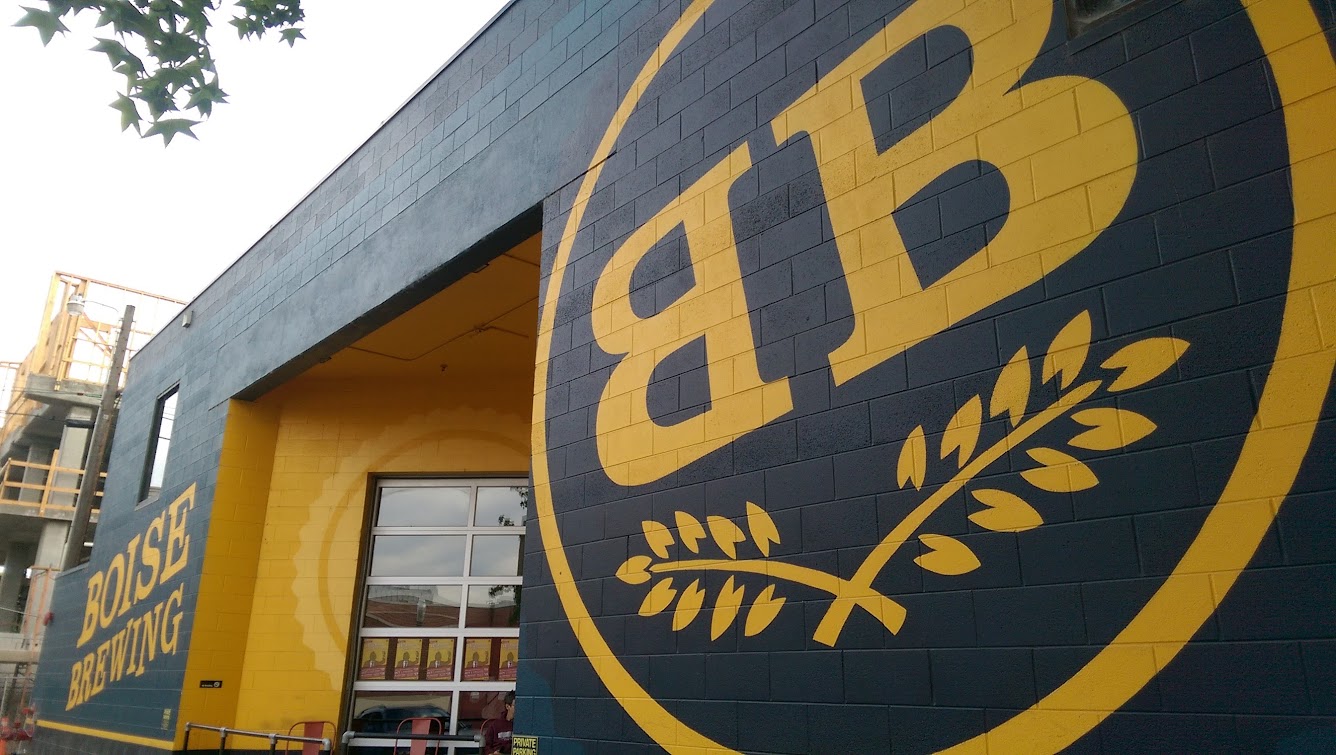 Inside the brewery, we spot a map of preeminent breweries around America, and quickly find that there’s good beer to be had pretty much everywhere along our planned route. (Well, “planned” is a flexible term here - we don’t really plan the route so much as make it up as we go along, but we have a few places we’d like it to pass through.)

For dinner, we happen upon a Latin American festival taking place in the Basque quarter, where there are food trucks a-plenty to sate our growing hunger. (Beer does not, it turns out, make a complete meal in and of itself, no matter what the monks of yore were told.)

All in all, Boise is shaping up to be a fun visit…