From yummy waffles to drunk, rowdy Canadians (and, for a change, we’re not talking about yours truly here), our day takes us eastward into the Ochoco wilderness and the increasingly arid and mountainous terrain of Central-East Oregon. 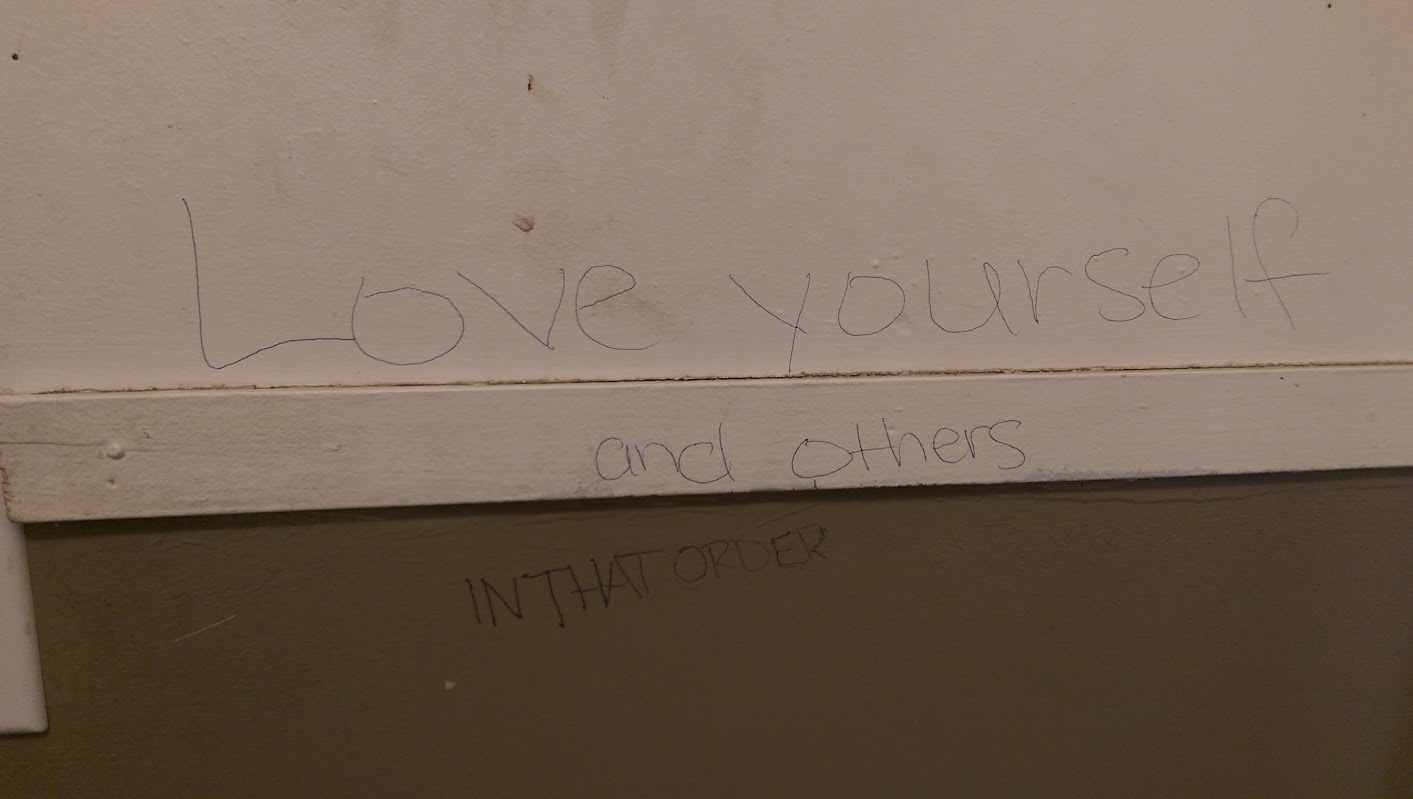 But first, waffles with whipped butter / cream and a tangy peach sauce, all dusted with cinnamon sugar:

We’re not sure what to expect groceries-wise as we head eastward, especially as our maps show habitation to be rather sparse that direction, so we stock up at the local bougie hippie market. There are a couple of cargo bikes parked outside, further underlining Bend’s dedication to the great outdoors: 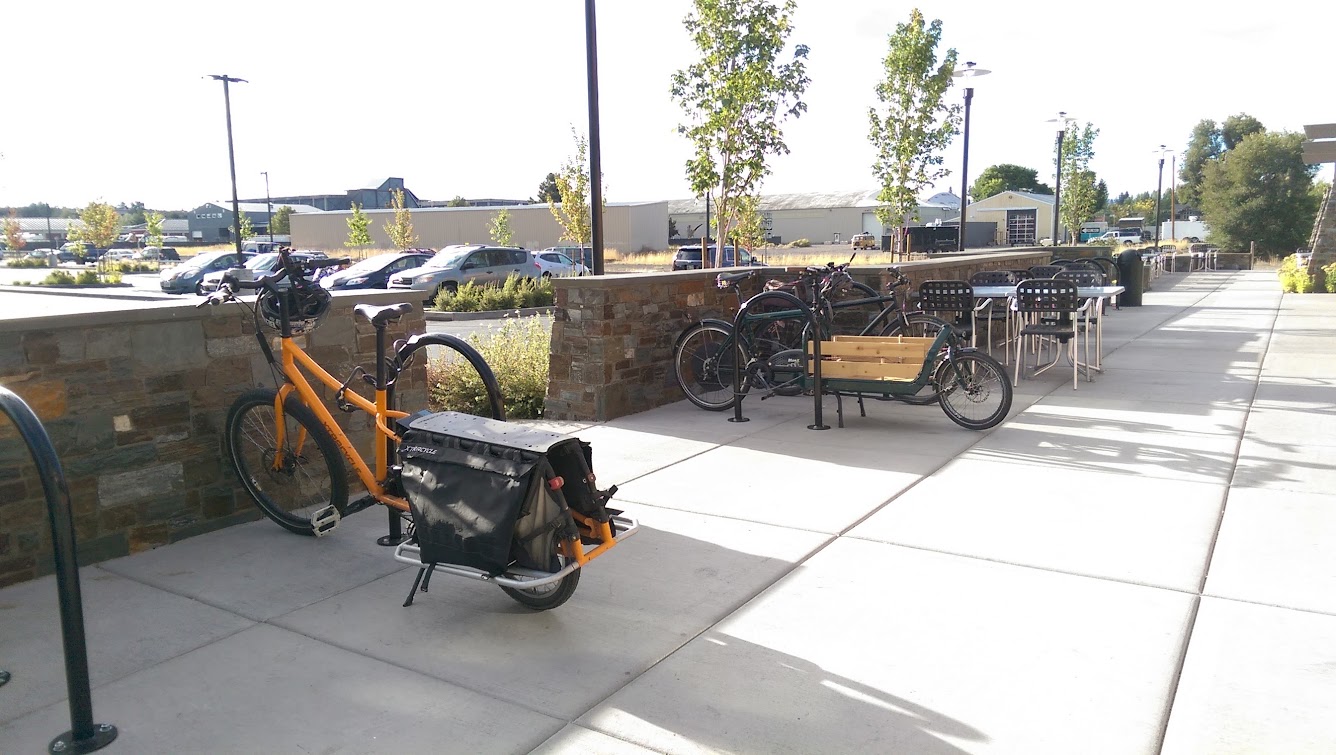 From there, it’s out along small local highways in the direction of the Prineville Reservoir: 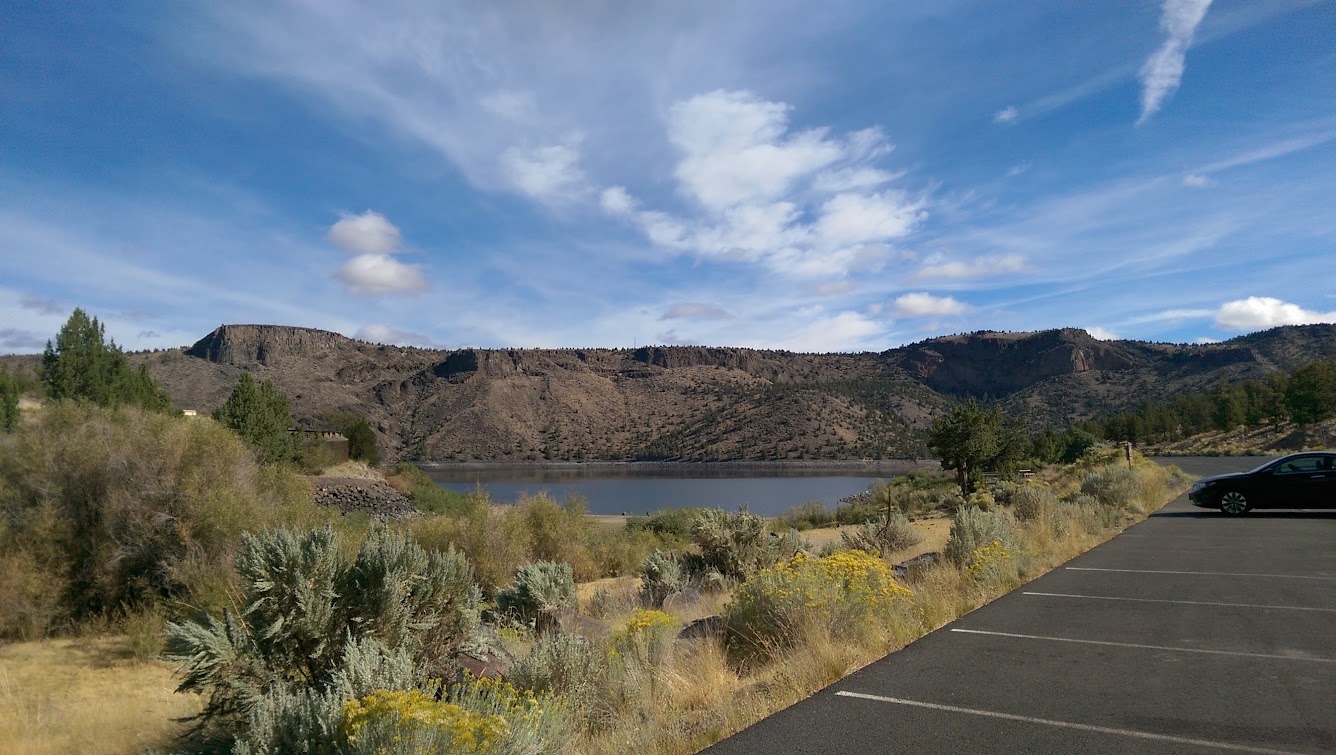 Prineville itself is a small-ish town that we had previously known only as the site of this Facebook datacenter, but which proves to be no less Oregon than the rest of Oregon. Why do we say this? Well, for starters, there’s this defunct gas station that has been converted into a bike shop: 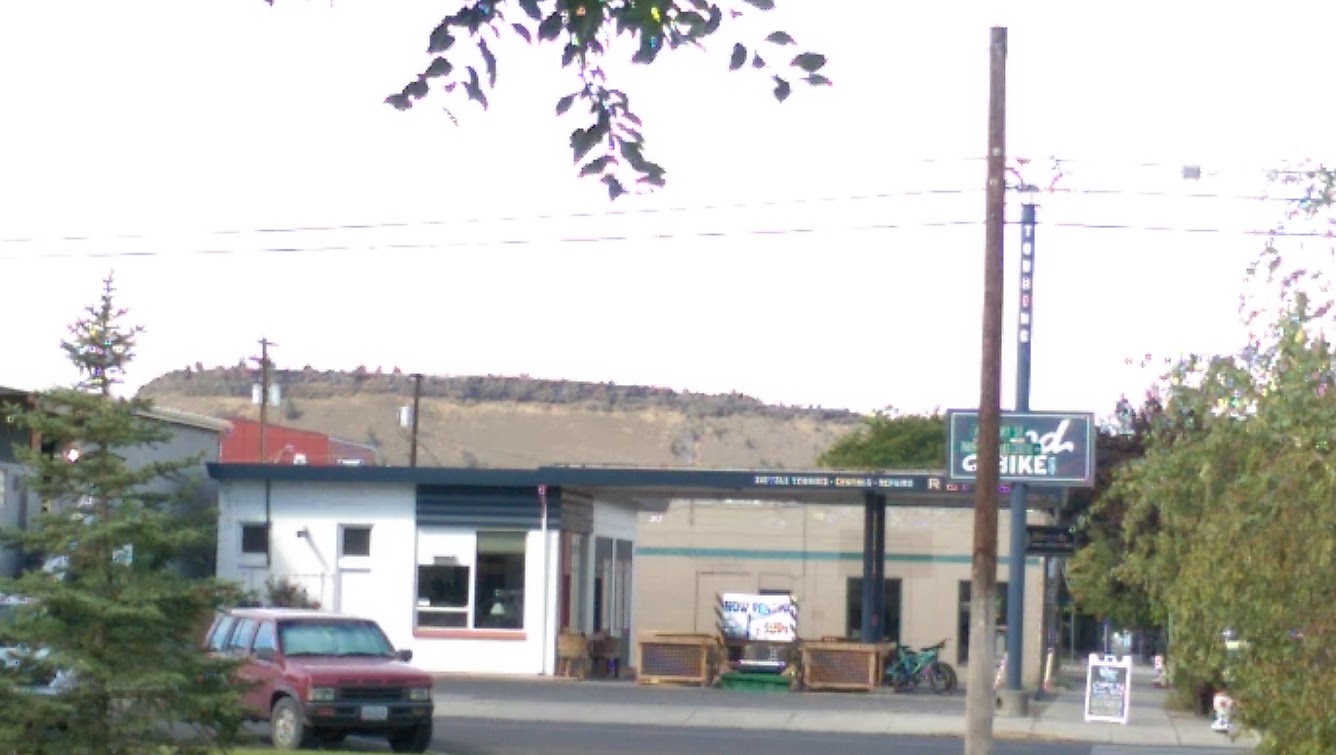 After Prineville, the habitation does indeed get less sparse - there’s nothing between here and Mitchell, the next town on the road, except a bunch of US Forest Service logging roads. We find a small turnout just off the highway on one of these roads to stop for lunch: 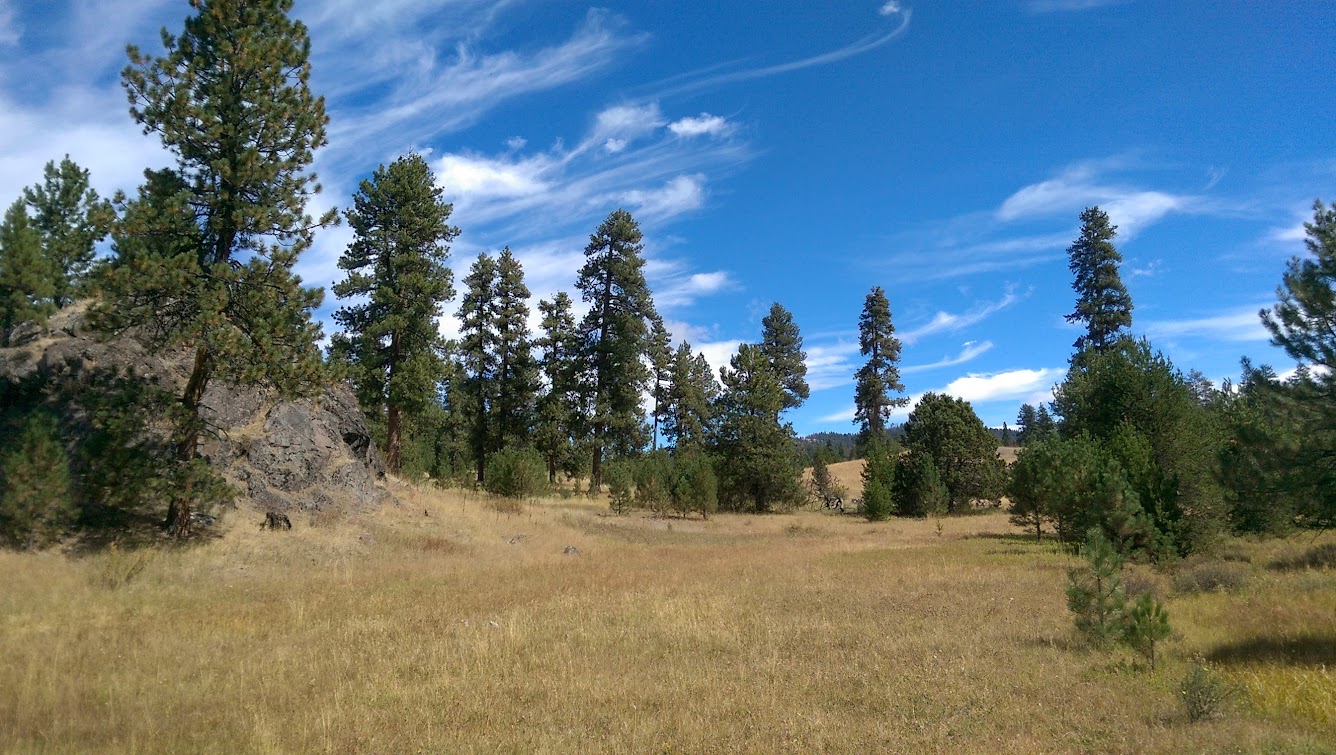 It’s an unfortunately recurring pattern that every time we stop for an outdoors lunch, we’re invariably visited by at least one curious yellowjacket. This lunch is no exception sigh…

…and meanwhile, the landscape is markedly more arid, with only patchy forest dotting the beige-hued hills: Mitchell is a tiny town, maybe at most 100 people… 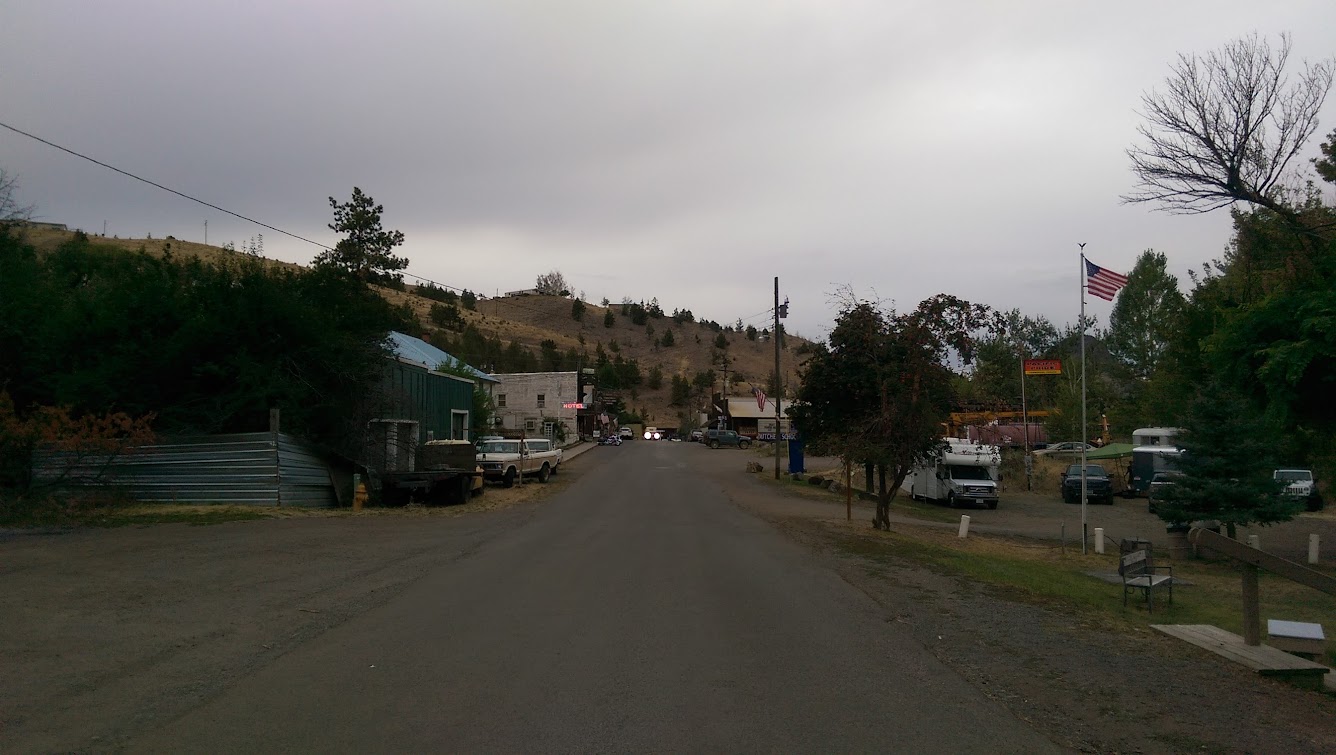 …and so we’re surprised to find a bike / motorcycle hostel, a (fantastic!) rock museum, and even a brewery. (Hey, this is Oregon, after all…) 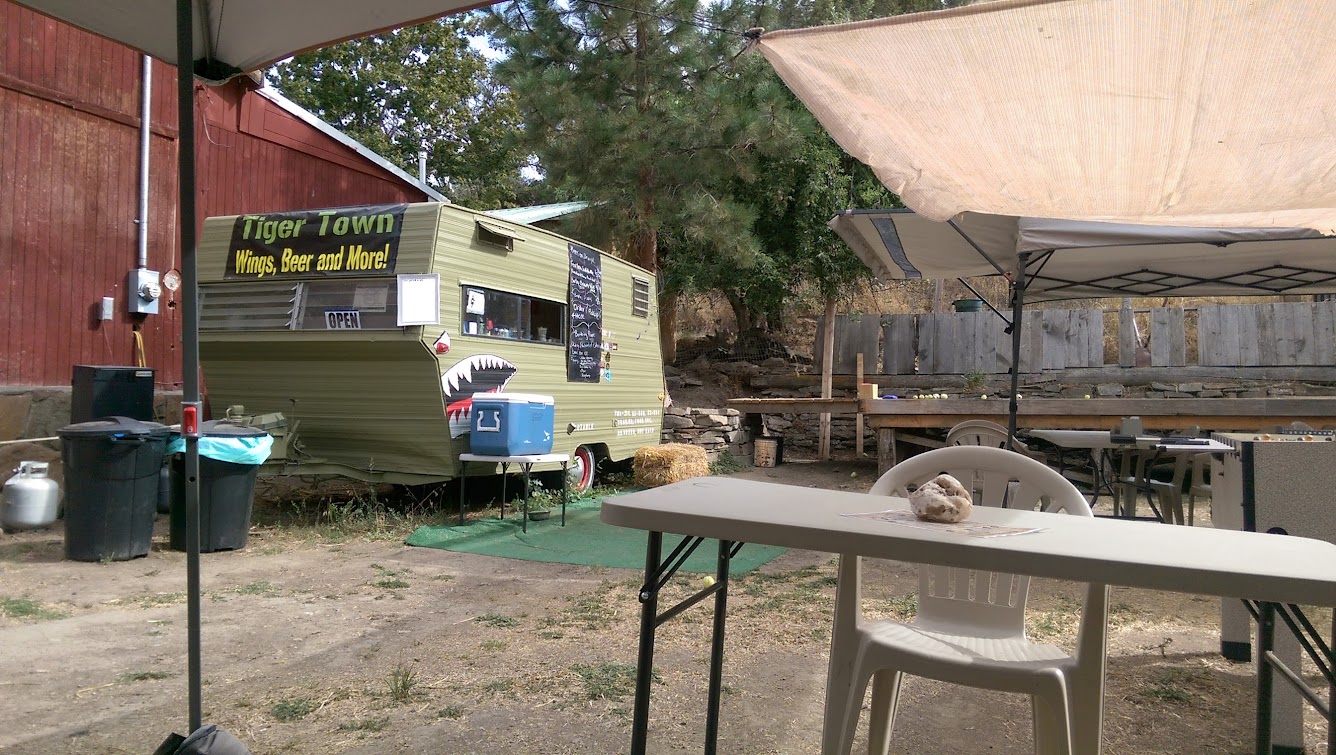 The town park doubles as a campground and RV park:

In the above photos, you may also spot something that’s been conspicuously missing from our trip thus far: the threat of rain! The threat turns out to be feeble, though, as we only get a slight spattering on our tent as we set it up.

That’s too bad, as a solid rain might have deterred some unwanted guests in the park. Around 11:30pm, we’re awakened by two very loud, very drunk motorcyclists who have no sooner roared their bikes into the park (and right past our tent!) before they start bragging about a) how very drunk they are and b) how there’s no way they’ll pay the $10 camping fee, since no one’s going to check the ranger’s box until tomorrow. For our part, we just hope they’ll pass out quickly without further disturbance. (They do - and fortunately they’re not the only other occupants of the park, so they can’t cause too much trouble unseen.)

Oh well - can’t win them all. Still, the vast majority of people we’ve met in our travels have been reasonable, and maybe sometimes it takes a couple of jackasses to serve as foils for the prevailing standard of decency. Better luck for our camping spot tomorrow, hopefully!