Last night in Valley of the Rogue was pleasantly warm, though the constant hum of the freeway not 100 yards from our tent site certainly marred the effect of a quiet state park to some degree. We quickly said goodbye to our friend Connie whose tent we helped pitch last night and scooted off down a local road. We made a brief stop at a pioneer cemetery, where we saw a grave from the Indian wars! I have seen graves from many other American wars, but I can’t recall seeing one from that conflict. 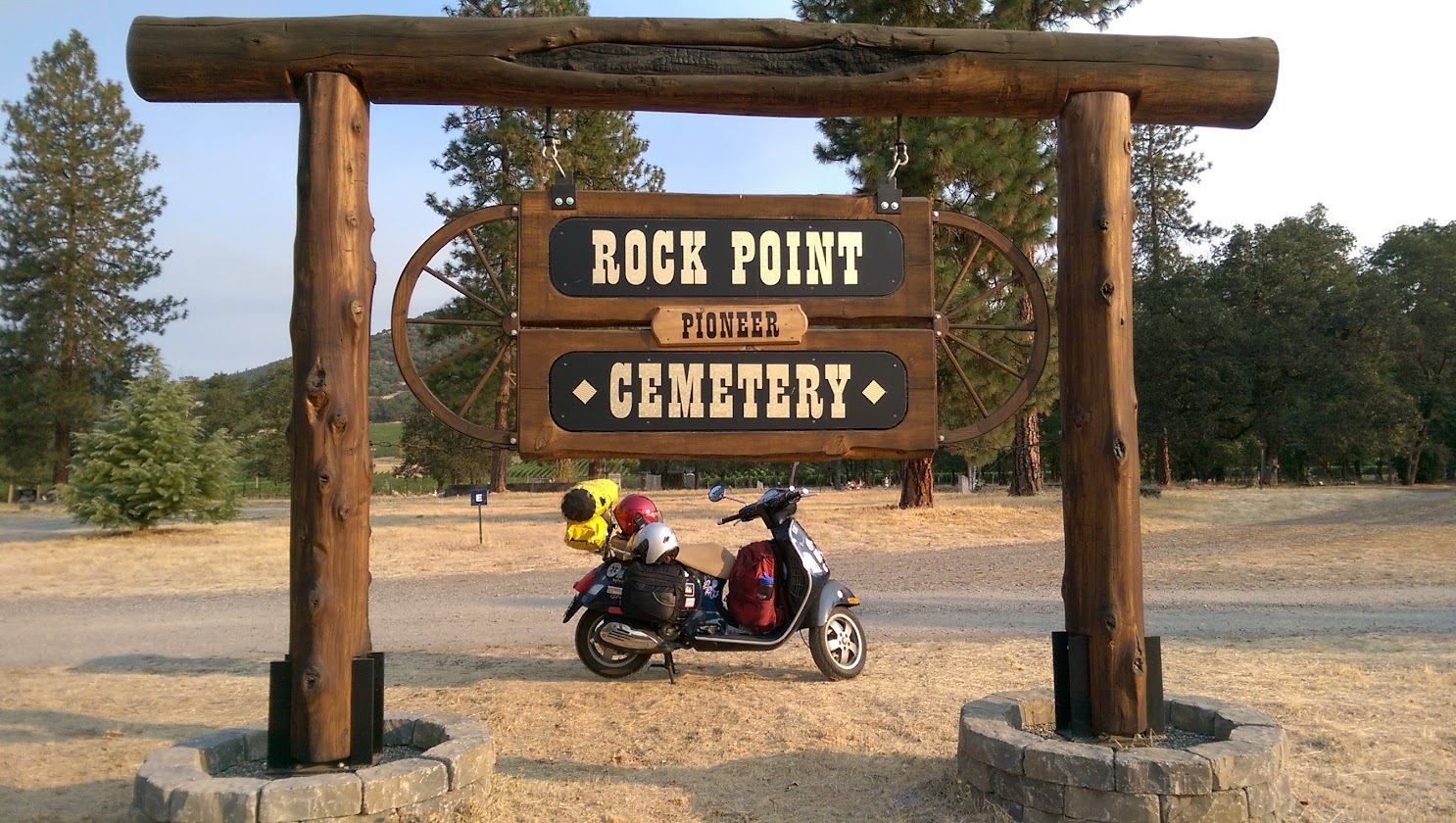 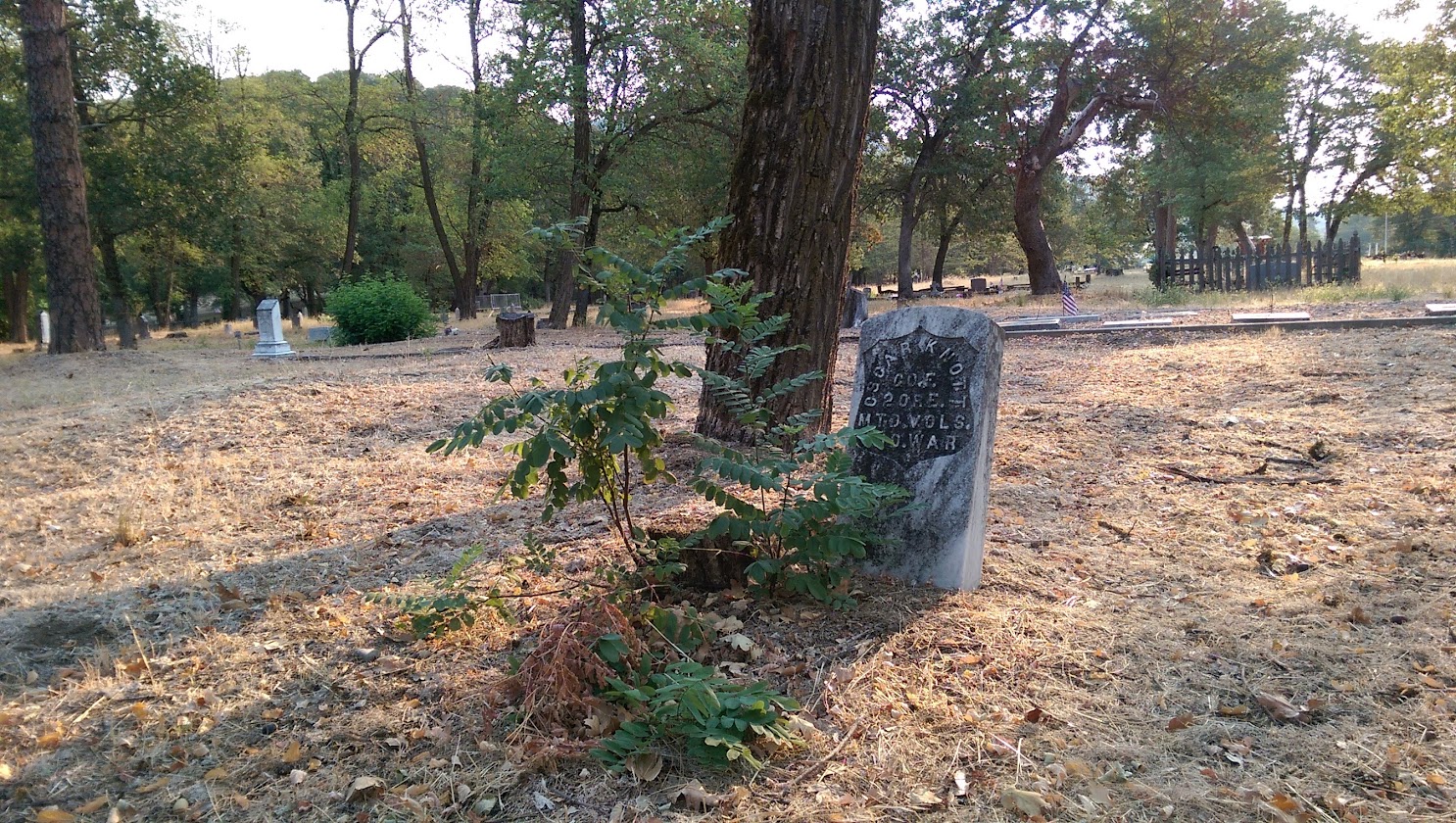 We wound our way up along the Rogue River, twisting into the Cascades. We passed into what had clearly, in the day, been gold country, through a town named “Prospect.” This town was host to an historic hotel, where a kitchen beckoned us. Unfortunately, they don’t serve lunch there (only breakfast and dinner). Still, a quaint place. We found the town grocery store (hardly a trick, since there were perhaps 10 non-residential buildings in the whole place) and collected ingredients for our dinner. It is evident that vegetables are hard to come by here: they have a selection of some harder ones (carrots, celery, potatoes, brussels sprouts) and a couple fruits, but most of the nutrition in the store is canned. We pawed through the shelves, and came to the conclusion that dinner would be a salmon, brussels sprouts, and butter pasta, with quesadillas made from last night’s leftovers as an appetizer. We also grabbed eggs and oatmeal for breakfast.

A dozen or so more miles brought us to Union Creek, where we paused for lunch at Beckie’s. WOW. 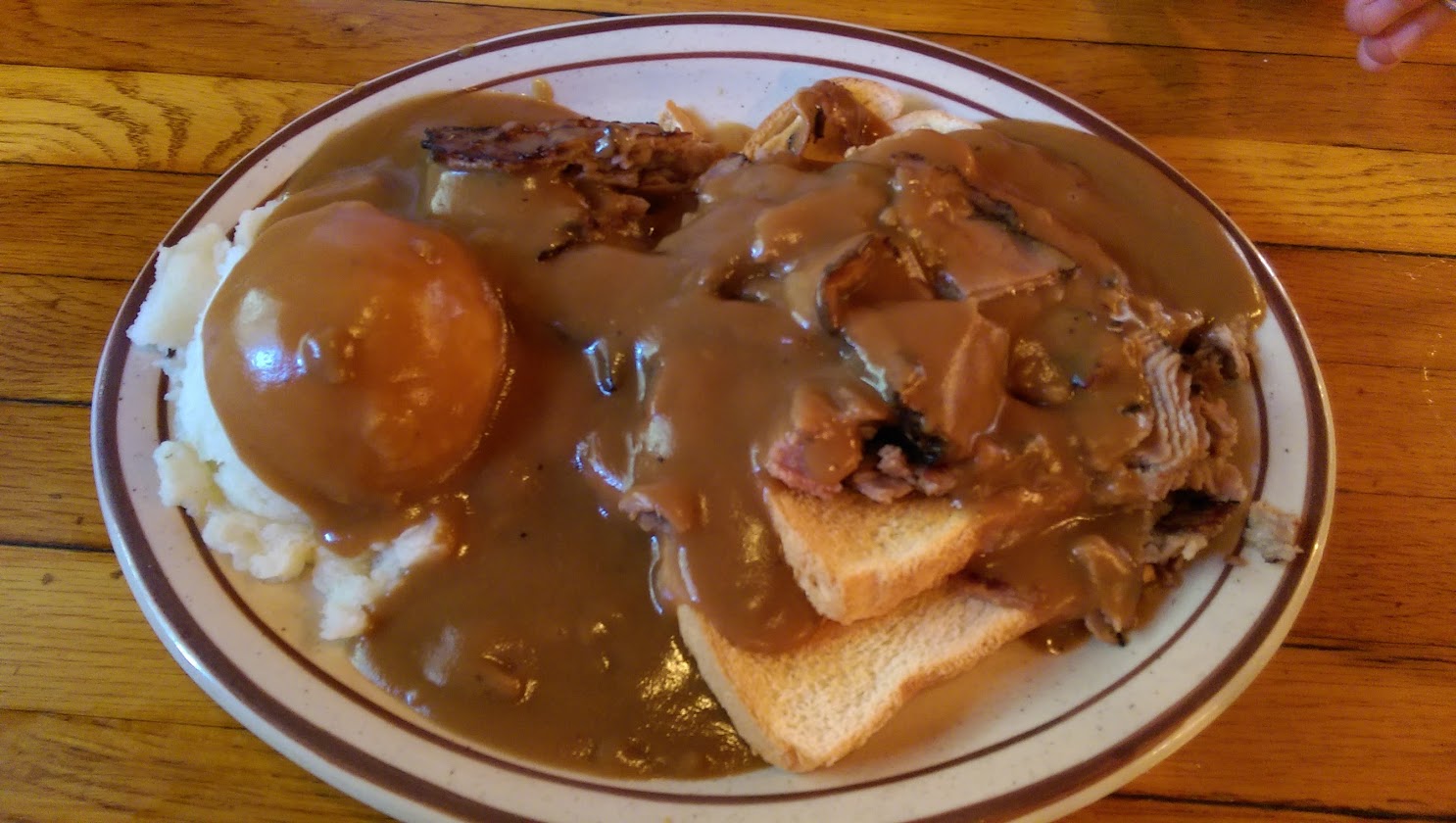 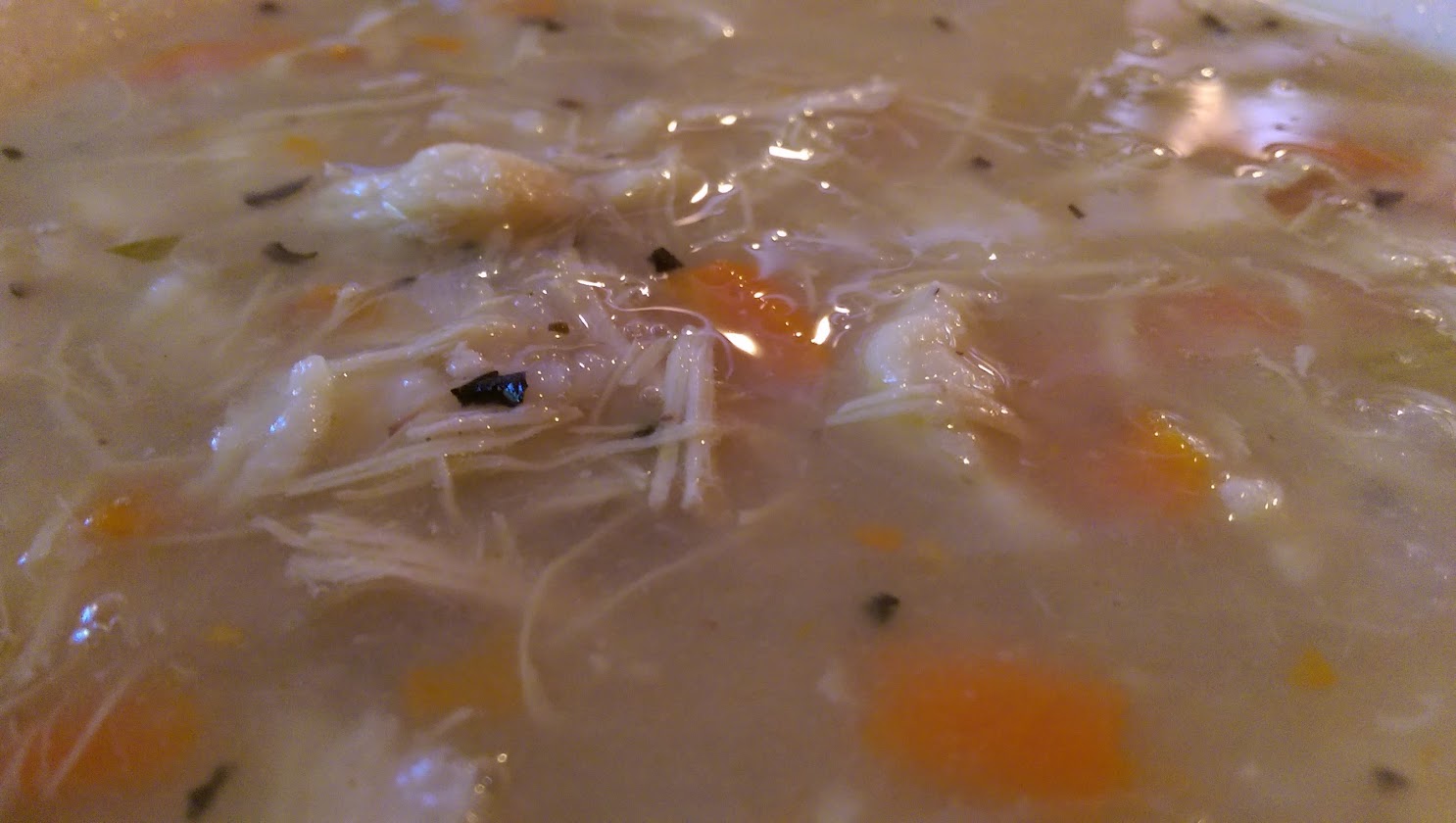 We had a hot roast beef sandwich and some chicken noodle soup, with handmade noodles, as well as a big basket of deep fried vegetables and a big slice of warm berry pie. Evidently this place used to serve berry pickers and lumber workers who came through, and they haven’t lost their touch for hearty foods. I’m not sure I can think of a more satisfying lunch in my past…

Once we managed to roll ourselves out of Beckie’s, we made our way to Crater Lake National Park. Apparently it’s one of the least-visited properties in the National Park system, at something like 200,000 visitors per year (compared to Yellowstone’s 750,000 each July alone). But we picked up a new decoration for The Emperor (and spent a couple minutes laughing at the fact that the tiny camp store at the National Park had a multiple fridges full of craft beer, as well as a shelf full of several kombucha varieties) and got ourselves a campsite in the quiet, backwater Lost Creek campground. 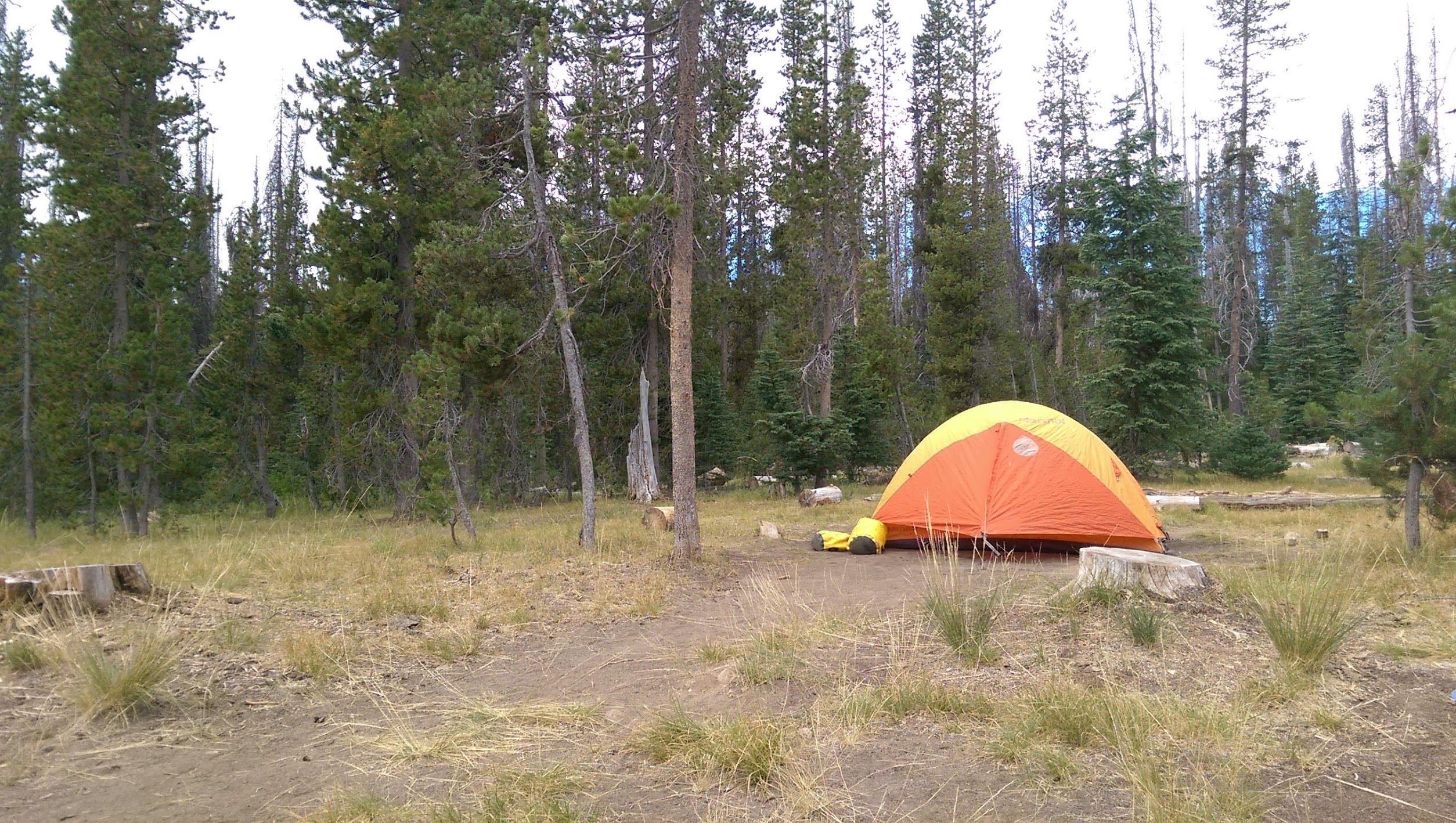 Then, a hike! We elected to take the Garfield Peak Trail, which led up from the main visitor center to a peak overlooking the crater. It was perfect hiking weather, warm and clear, but the trail wasn’t terribly busy. As part of our route took us along the main paved strolling path by the lodge, we also got to read a bunch of information placards and learned several things along the way:

I’m pretty bummed we didn’t find out why Wizard Island is called such. My best guess is that it’s because of the wizard that lives up top?

The hike tired us more than we might have liked or expected. It turns out that elevation is kind of a bitch. But we made it! 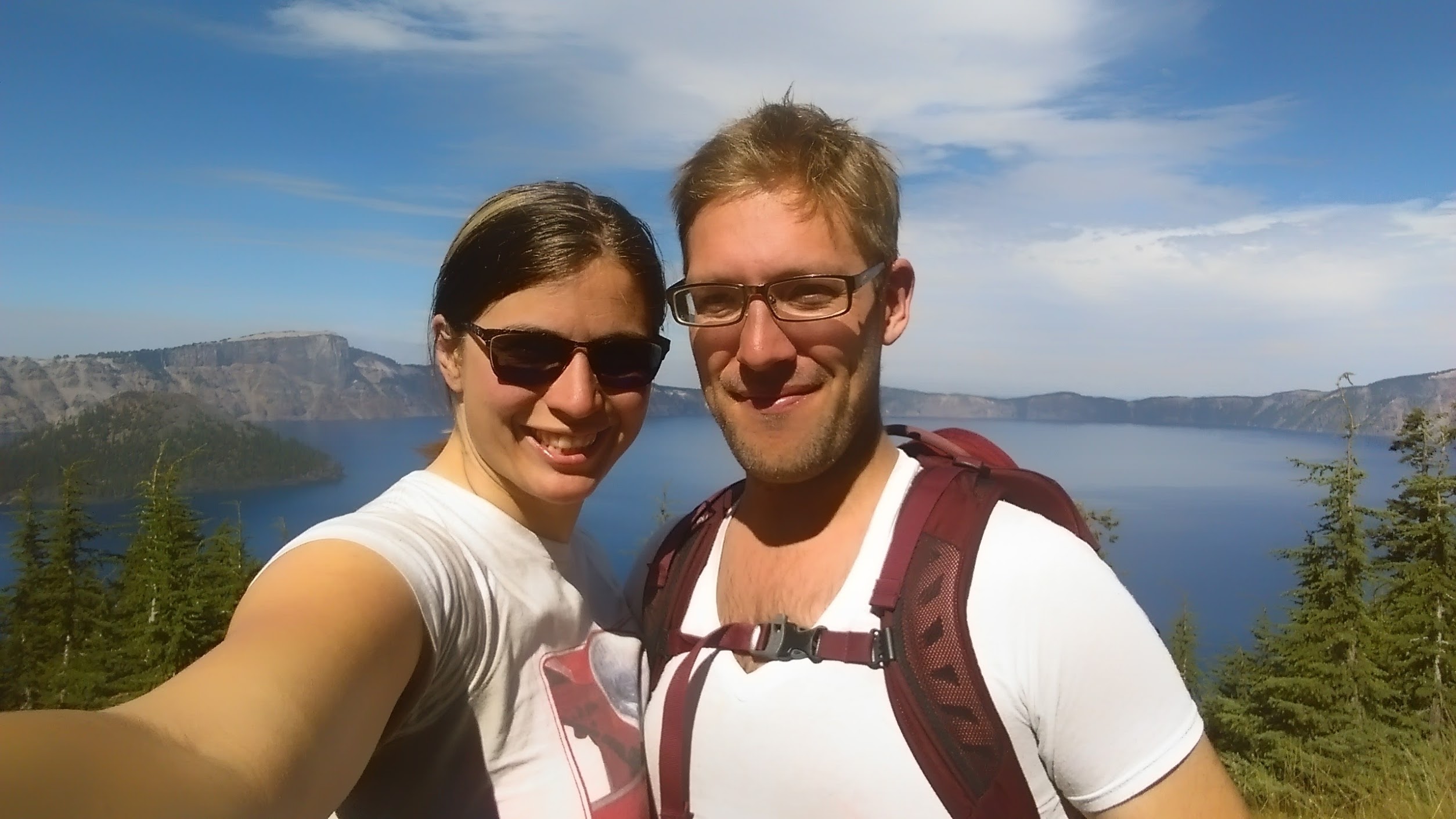 The dinner Evan planned was a success. With everything safely in our bear locker, we are ready to snooze for the night… tomorrow we have a couple more things to check out before leaving the park! :D