Awakening this morning in a comfy bed, we paused for a moment to appreciate how under-supplied we are for the camping adventure we’ve undertaken. Our first stop today was the local surplus store, just a couple blocks from our hotel, where Evan got some long underwear and we both picked up inflatable sleeping pads and some new fleece blankets to wrap ourselves in inside our sleeping bags. We were also graced with the famous Humboldt Honey: 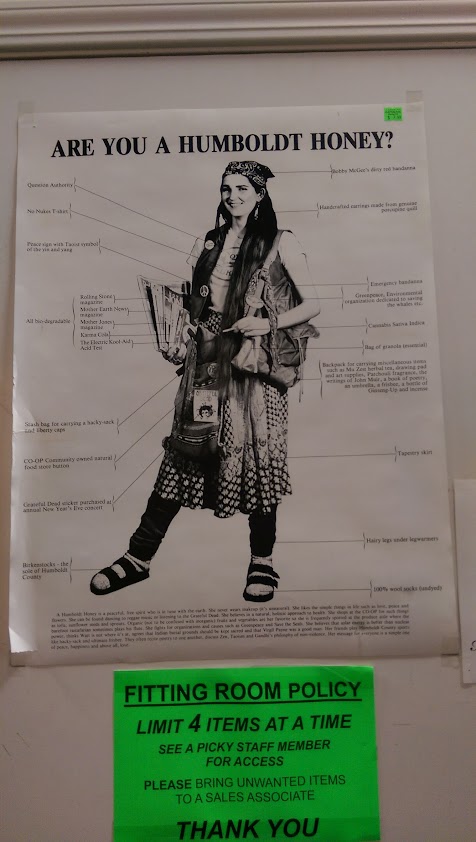 One of the staff at the shop said that she’d seen that poster hung on walls even when she was living out east! So it’s a lucky thing for us that we didn’t leave Humboldt before spotting it.

We took a stroll through Eureka’s local park, which was many acres of towering redwoods with mountain bike and hiking paths wound through it, terminating in a zoo. I wish more city parks were like this??? 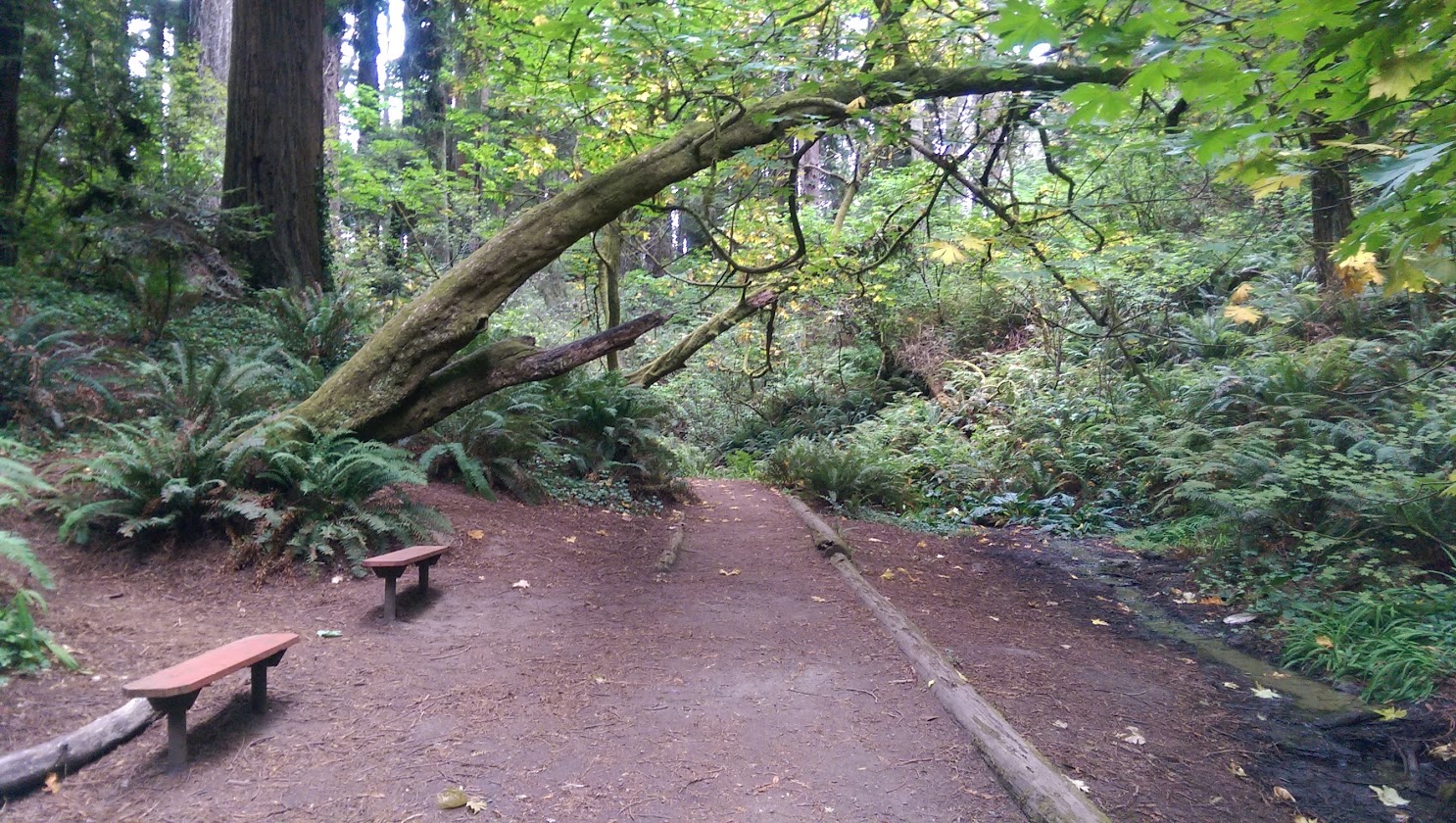 On the way out of Eureka, we stopped at the end of a long (okay, 1/4 mile) gravel road to eat a snack, admiring the salty marshlands and snacking on local cheese. Our route from there took us along the 101, until there were literally no other roads than the 101. Aside from backcountry, unpaved, non-Vespa-friendly logging roads, there are no other options than the highway. We heaved a collective sigh and buttoned up our jackets against the cold wind as we pushed the engine out of the comfy 30-45mph range and up to freeway speeds.

As we passed through more of the remaining redwood forest, we got to check off another national park from the Big List: Redwood! We paused in a couple places along the highway, and stopped to admire the local wildlife: 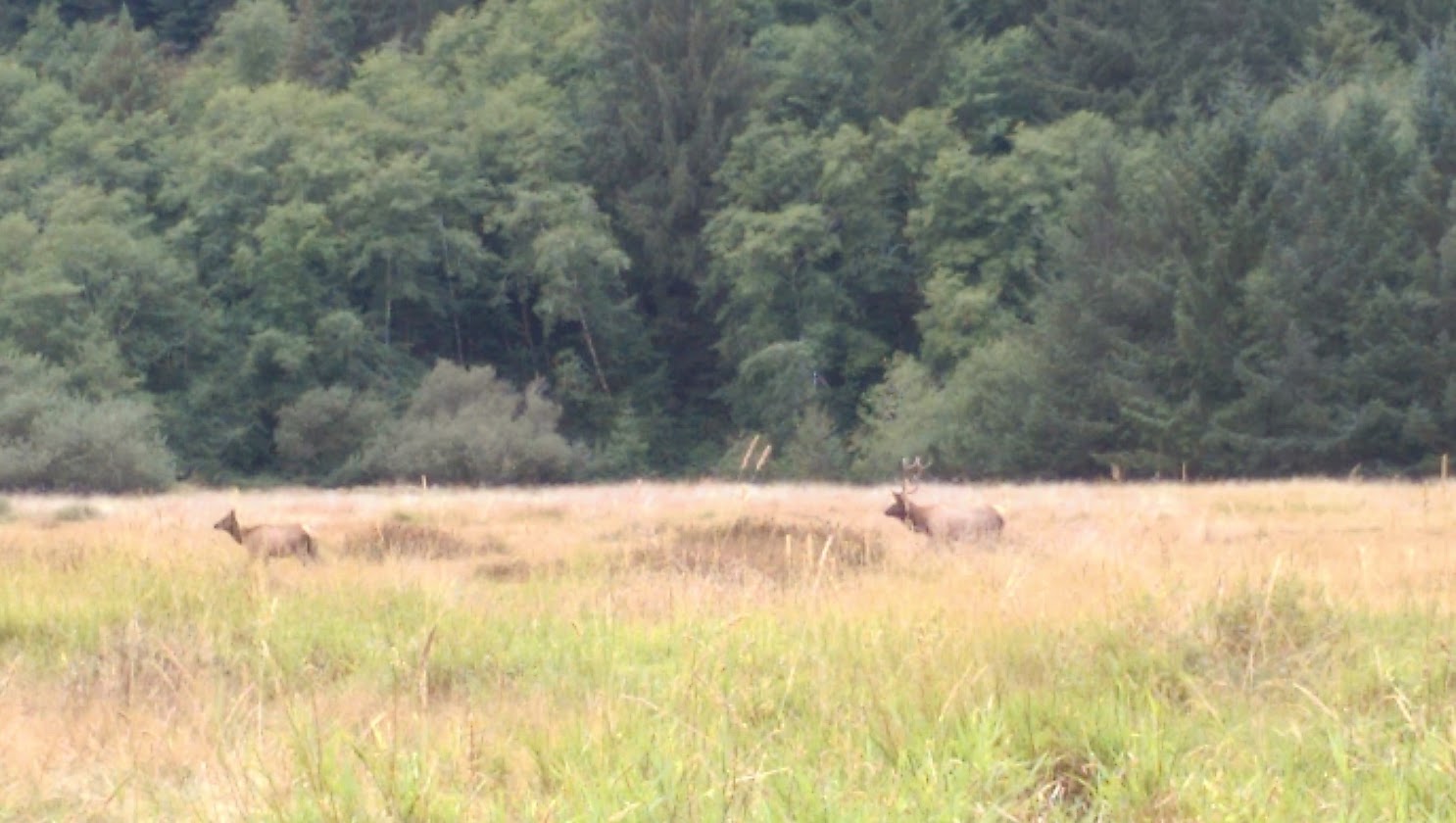 We eventually achieved Crescent City, our last stop along the coast. Hopping off the bike, we dipped our fingers into the Pacific Ocean for the last time in the foreseeable future. We considered the distance between here and the Great Lakes—the ultimate conclusion of our journey. We meditated on the changes in climate we’d already begun to see on this trip, and the ones we might expect. We pondered the gradual tapering off of civilization as we head towards That Big Middle Part. We did other wistful things. 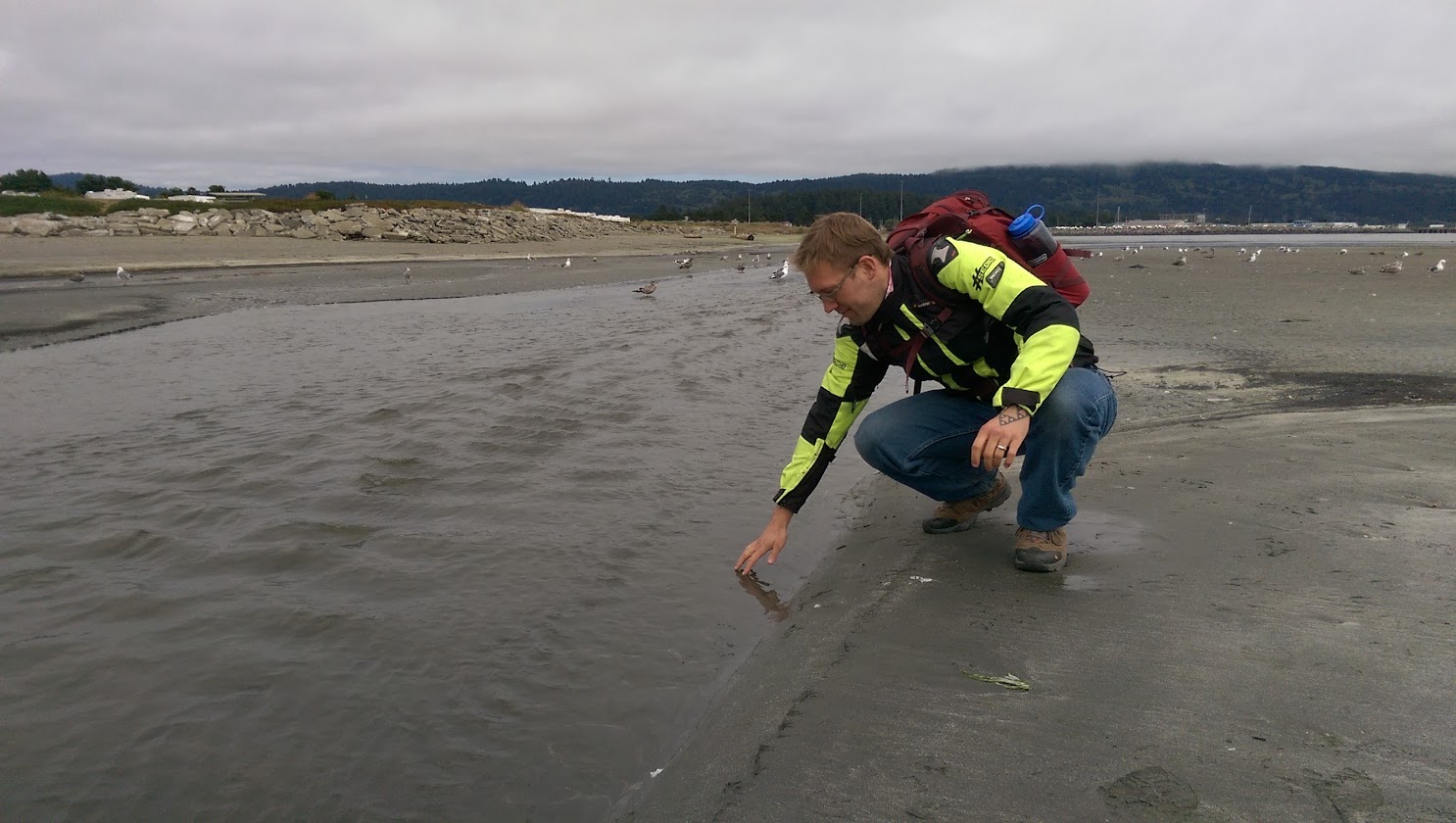 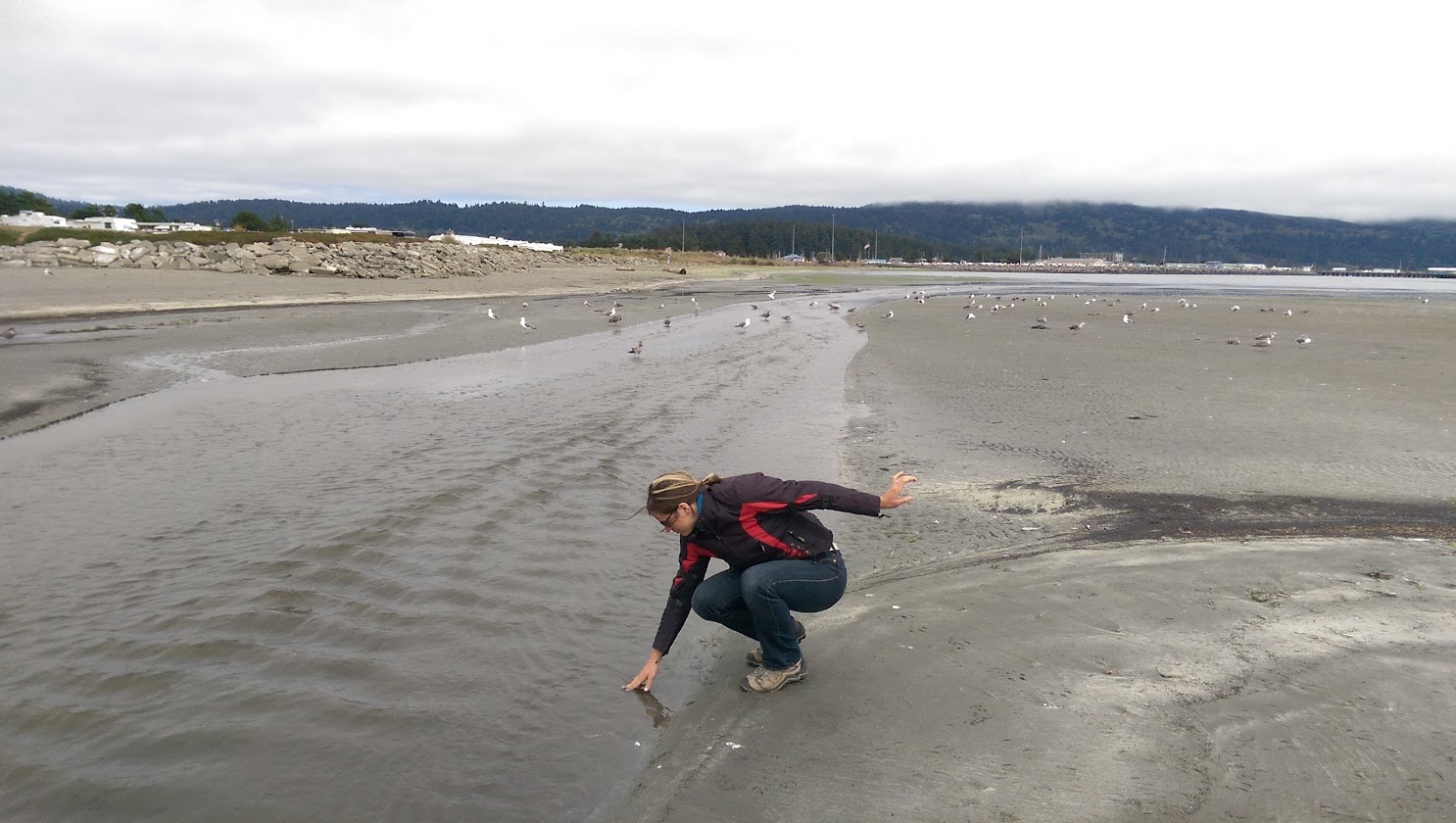 Also in Crescent City, we were saddened to learn that there were no available campsites in any of the state parks nearby. We settled for a spot in a mostly RV-centric campground just outside the park… they clearly had not thought about tents that much. Our site contained a 3/4 broken picnic table and a concrete slab which appeared to be intended as a tent location. We opted for the nearby grass instead.

In any case, we did enjoy the warm, indoor spaces they provided, especially the indoor kitchen! We got to cook a moderately more complex meal than we would have otherwise. Evan made multi-vegetable udon.

Before bed, we also took a 20 minute walk back to the park for a final stroll through the redwoods. It turns out that, between the many state and national parks, this area contains something like 40% of the remaining old-growth redwoods in the country. As we’ve moved north and east, we’ve started to see more and more evidence of logging, particularly around Eureka we noted a parade of trucks with trees in various states of processed-ness.

So, it’s good to enjoy what’s left. With our bellies full of food, our hearts full of redwoods, and our minds spinning with upcoming adventures, we are ready to conclude day 4!